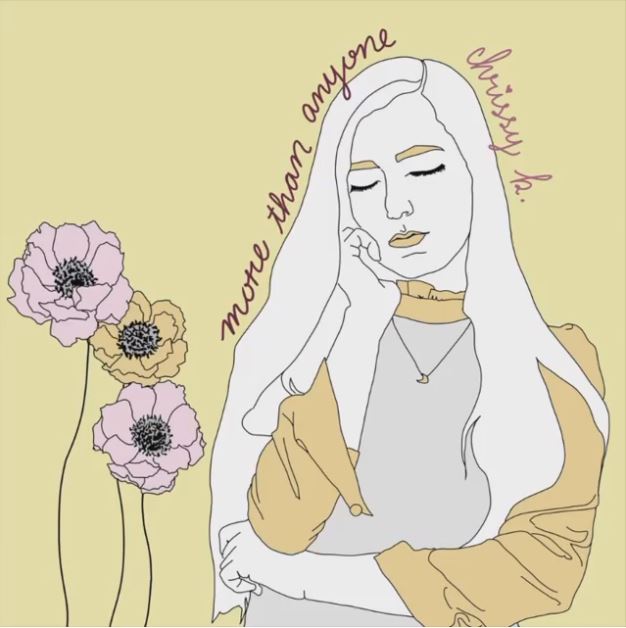 When Berklee student Chrissy Bernard came face-to-face with the halting effects of COVID-19 while recording her new single, “More than Anyone,” she had to reevaluate how to still bring the song to life.

The story behind the production of “More than Anyone” echoes that of so many musicians during the pandemic: tours, albums, and recording sessions being stopped in their tracks just as momentum was starting to build. In the case of “More than Anyone,” Berklee shut down just as Chrissy B and other students began recording the track, which originally stemmed from a lyric writing class.

Without a falter, Chrissy and her team of eight finished the single remotely—no small feat given all the layers involved—and not an ounce of quality was lost in the process.

“Eventually the song all came together,” Chrissy said. “It was my first time hearing other musicians add their ideas to a song I wrote and bring it to life.”

From Chrissy’s polished, ethereal vocals and earnest lyrics (“I love you / more than I could ever ask for” she sings thoughtfully) to the subtly jazzy guitar licks, and even the faint bird chirps that pleasantly close out “More than Anyone,” all the elements work together harmoniously to shape a lovely, warm ballad worthy of many repeats.