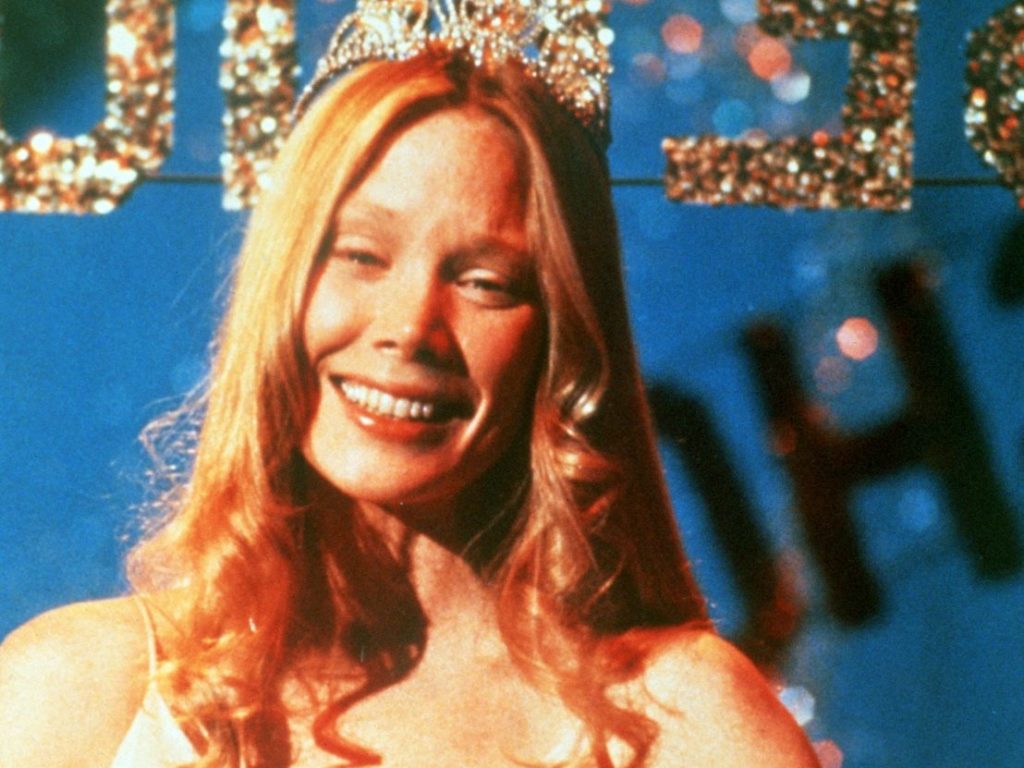 Oh, look! Carrie: another horror classic that’s perfectly fitting for Halloween. Based on the novel by Stephen King, Carrie was the first to be adapted to screen, and the film was a critical and commercial success.

Shy and unpopular high-schooler Carrie White (Sissy Spacek) lives with her extremely religious and tyrannical mother Margaret (Piper Laurie). After a bullying incident in the showers led by Chris Hargensen (Nancy Allen), Carrie realizes that she can control objects with her mind. A classmate, Sue (Amy Irving), who feels guilty over the incident, asks her boyfriend to invite Carrie to prom. However, Chris, feeling vengeful, decides to play a prank on Carrie on prom night….

As with most revered films, most of you probably already know how this one ends. Carrie is a masterclass in great acting, and is a faithful adaptation to boot. Overall, a great choice for the spooky season.