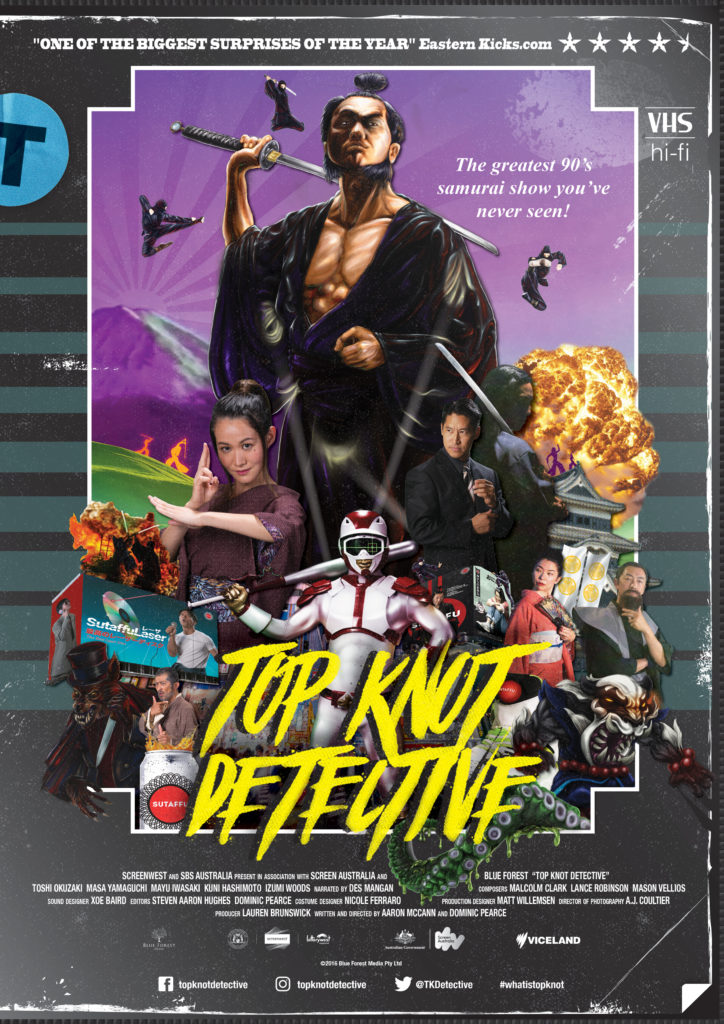 I grew up in Indonesia between 1995 and 2005. One of the memories I have from growing up there is watching an old CRT TVs with so much static on its screen that it crackles and raises your hair when you get close to it. For the uninitiated, Indonesian television in the late ’90s and early ’00s had a wide variety of content like local soap operas (called Sinetron, short for Sinema Elektronik), low-budget comedy series, and horror shows, between the televised calls to prayer that happened five times a day. One of the other pleasures we had was consuming international content that has been dubbed into Indonesian. Some of these are Spanish-language telenovelas, translated American films (I was a big fan of Rush Hour), and kids’ animes like Doraemon or Crayon Shin-Chan on Saturdays. But occasionally they showed these little gems of Asian action dramas that were just as low budget as any Indonesian production. It didn’t matter when viewed on our tiny TVs, of course– we were just excited to see sword fighting and live action interpretations of what we read in the comics. 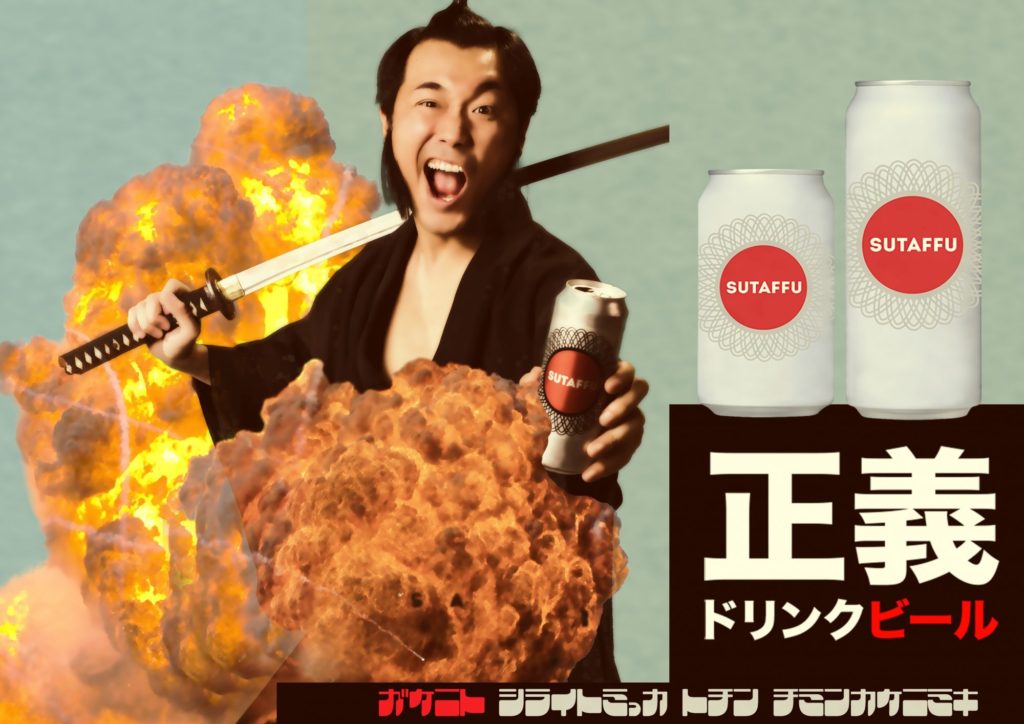 Top Knot Detective (2017) is an Australian mockumentary about one such series that exemplified the early ’90s shows: mass media consumed in a certain geography that eventually becomes a cult classic among underground cine-buffs who always seem to know more than everyone. The documentary shows the behind-the-scenes development and evolution of the one-season hit titled Ronin Suiri Tentai, anglicized as Deductive Reasoning Ronin for broadcast in Australia. To paint a clearer picture, this is the kind of series that was mired with continuity errors, fake blood, reused shots from their lack of time or budget for a reshoot (a la the Tusken Raider victory yelp shot in the original Star Wars) and an overdramatic lead character, Sheimasu, that exclaims “this calls for….DEDUCTIVE REASONIIINNGGG” whenever he can. In short, it’s the perfect formula for a cult classic.

The plot of Ronin Suiri Tentai is pretty simple. Sheimasu, played by Takashi Takamoto, is a samurai in Edo-period Japan, who finds that his mentor has been murdered. Sheimasu then travels the land to solve the murder and seek vengeance after denouncing the Shogunate and becoming a Ronin (this is analogous to a police officer ripping off his badge and becoming a vigilante crime fighter). 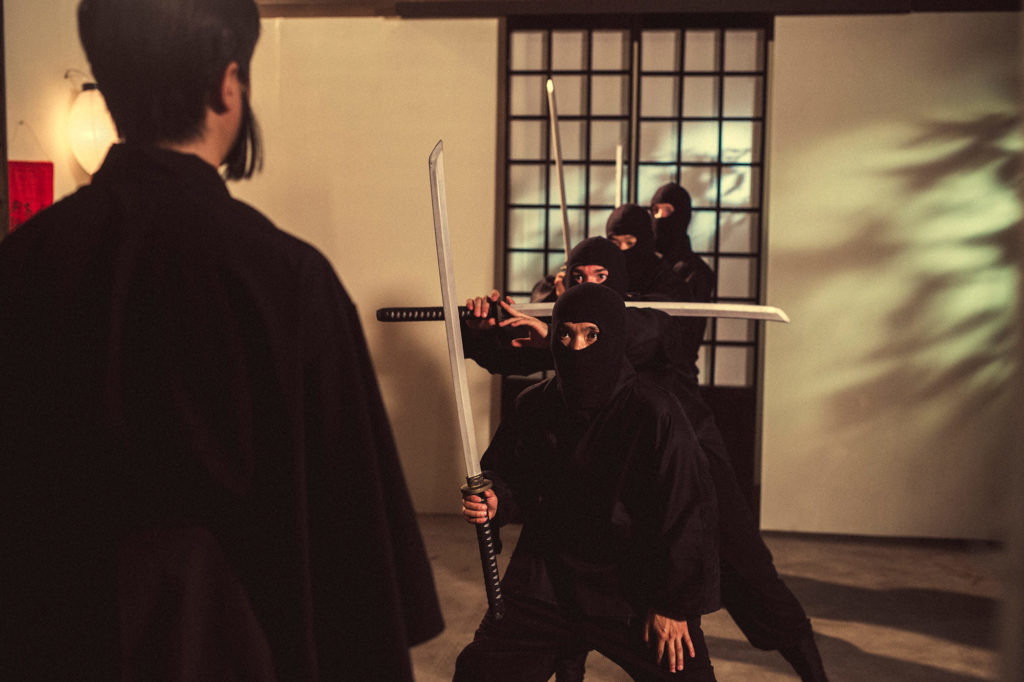 Top Knot Detective focuses on the lives of the cast members and the history of the short-lived show. Directors Dominic Pearce and Aaron McCann construct the narrative using archival footage from the show, old interviews and game shows that the cast members participated in, as well as new interviews with the cast members. Boiled down, you follow two plots in the documentary. The first is a character study of Takashi Takamoto, framed by the history of the production of Ronin Suiri Tentai. The second is the plot of the actual show through clips from the series, giving you an overview of how the behind-the-scenes politics result in the decisions that lead to the show’s ultimate plot. McCann and Pearce have you glued to the screen as you wonder what happens in both strands. For the first two-thirds of the film, it is implied that Takamoto has somehow disappeared, as we see interviews with most members of the cast and crew except Takamoto. The documentary wonderfully unfolds the narratives that might lead us to finding out exactly what happened to Takamoto. The interviews occurred around 20 years after the show, so the attitudes of Takamoto’s colleagues seemed to have been mostly pacified with time, but it was obvious that a number of people on the production hated him for his enormous ego, disdain for societal norms, and essentially belittling and sexist attitude in both his off set behavior and what he wrote into the show.

Without spoiling anything, this documentary takes the themes they explore in multiple layers. The directors are obviously well-versed in cinema history, creating incredibly fitting explorations of ’90s aesthetics and different iterations of TV entertainment formats. (As a fun Easter Egg, one of Takamoto’s fake passports bore the name “ROJA MUA”, the memorable pronunciation of Roger Moore from Lost in Translation). They manage to clearly extrapolate a lot of images and themes that, in my head, exist only as a hazy slurp of childhood memories. The actors in this film also did an incredible job, as we explore what it means to represent someone on screen as well as an exploration how veritable the documentary format really is. This movie is worth watching for the story it tells, as well as their mastery of the illusion that is cinema.