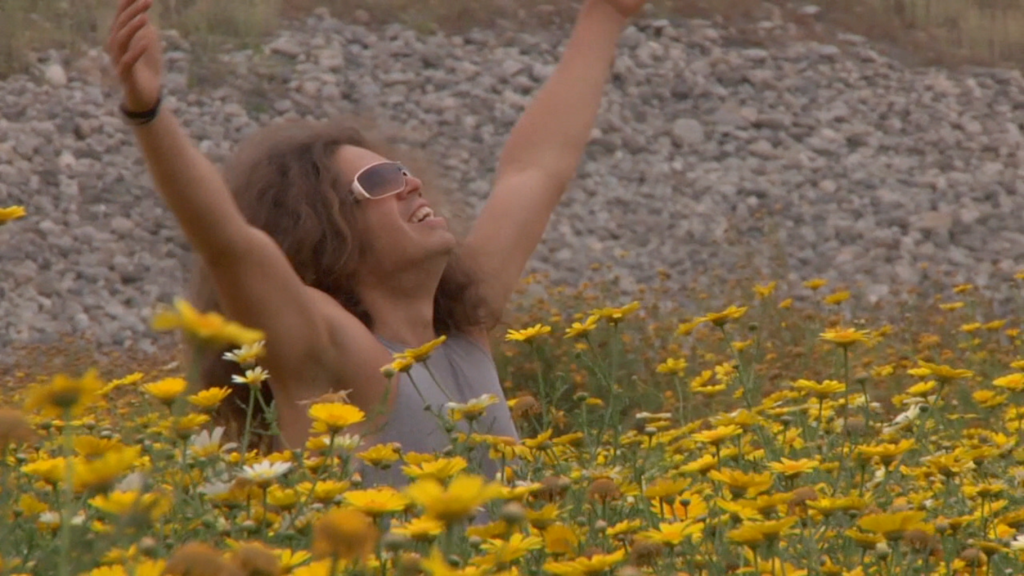 Germán Alonso, the subject of Josh Polon’s new documentary MexMan, is the sort of person who seems to be literally bursting with ideas: throughout the film, we see him dabbling in filmmaking, animation, puppetry, cartooning, dance, and probably a field or two I’m forgetting (“One of the World’s Most Prolific Content Creators,” reads the tagline on his official website). A child prodigy, Alonso overcame his poor upbringing in Mexico to be accepted at the prestigious USC film school, where he was one of five students in his class selected to produce his thesis film. From there, the obvious next step is feature films. He attracts the attention of power producer Moctesuma Esparza (Selena, Gettysburg) to fund a feature version of his senior film MexMan, and enlists film school friends the Soper brothers (a pair of polo-shirted, decidedly Winklevossian twins) and Jonathan Sims to help him turn it into a reality. The further they get into pre-production, however, the more his crew start to see his boundless energy as instability, and, increasingly, as a liability.

Here’s the thing: unlike, say, Tommy Wiseau, or American Movie’s Mark Borchardt, Germán Alonso is clearly talented. Really talented. What we see of his student films recalls a young Sam Raimi or Robert Rodriguez, and his handmade puppets, which line the walls of his airplane-bunker apartment, are frankly astounding. Yet it’s also clear from the very earliest scenes that the MexMan feature is not going to happen– at least, not in this form, and not at this stage in Alonso’s life. MexMan can ultimately be placed in the “unmaking-of” genre, alongside Lost in La Mancha and Jodorowsky’s Dune, albeit on a much smaller scale (in a stunning bit of unintentional foreshadowing, Sims comments early on that Alonso’s “whole life is a Terry Gilliam movie”). Alonso is so full of ideas that it’s impossible for him to focus, and so convinced of his artistic rightness that he’s never going to allow anyone to rein him in. Whenever we see him talking creatively with his collaborators, he can’t help but riff uncontrollably, like a cross between ‘70s-era Robin Williams and Michael Shannon’s character in Bug. When asked if he’s storyboarded a sequence, he instead leaps to his feet, pantomiming the action and singing imaginary soundtrack cues. His co-producers glance nervously at each other, as if to say, we’re fucked. 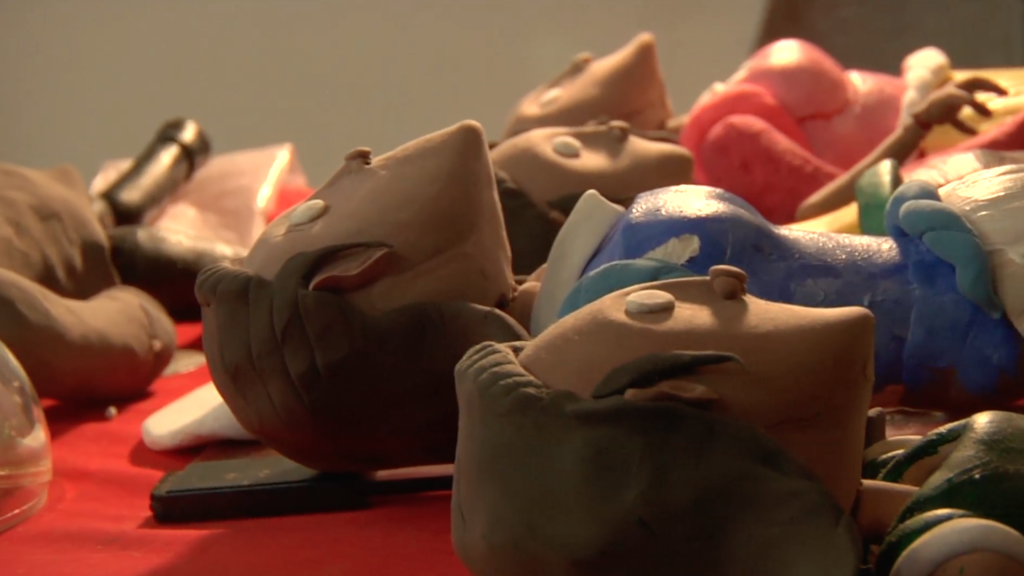 What’s interesting about the dynamic between Alonso and his team is that it’s hard to see either party as entirely wrong. On the one hand, Alonso clearly does need a steadying hand to bring his vision to the screen, and his growing paranoia sets him on a course for self-sabotage. Yet even so, it’s tough not to see his handlers as stifling his creativity. Clean cut, professional, and fully comfortable with the workings of the studio system, they represent everything that Germán is not. The centerpiece of the film comes when the team shoots a “proof of concept” scene for Esparza, starring veteran character actor Jason Beghe. On the first day of the shoot, Tyler Soper effectively sidelines Germán, talking over him and grabbing the reins. Realizing he’s been conned, Alonso shows up the next day, shirt unbuttoned, and dramatically takes control. What’s remarkable about these scenes is that, while watching each day’s shoot, you easily side with the person in charge. Alonso has the talent, but Soper has the focus. In order to make a watchable film, you need to balance those two elements.

That balance is clearly a difficult proposition for Alonso. He is so invested in his creations, giving detailed backstories and character descriptions of each puppet, that the “real” world sometimes seems secondary. He runs after his passions (not a metaphor– I’m not sure if we ever see him walk through the entire film) regardless of what would seem to be his most pressing concerns. While his cohorts make plans for the shoot, Alonso is clearly more invested in a photographic graphic novel he’s compiling to woo a lifelong crush. These scenes in particular are wincingly uncomfortable; again, it’s clear how this is going to go from the start, yet we watch the whole thing play out like a train wreck.

There are some, to be sure, who will find Polon’s unflinching camera exploitative, and there were definitely moments when I found myself looking away in empathic embarrassment. Yet the film’s sympathies clearly lie with the artist, and unlike many similar features, it allows us to watch him make progress as a person. While he’s still not where he wants to be by film’s end (it doesn’t feel like a spoiler to say that MexMan never made it to the summer blockbuster rush), the Geráan Alonso we see in the final scenes seems much more at peace than the one at the beginning. He’s not a superstar, but he’s still creating, and he’s using his creative talents to make a living. And, in the end, isn’t that the dream?