“One day I will see my life perfectly on that screen.”

Ross Sutherland (UK) estimates that he’s performed his “ritual” that is Standby for Tape Backup more than 300 times now, including this most recent show at the Harvard Film Archive on 3/26—the second-to-last day of Boston Underground Film Festival 18. Challenging to succinctly describe, ‘Stand By’ is something like a manipulated and live-commentated VHS collage of old television programs and recorded movies passed on to Sutherland by his late, beloved grandfather.

This grandfather unintentionally recorded, then rerecorded onto the same tape, numerous programs that he and a young, impressionable Sutherland watched together in the 1980s. This cassette—Sutherland’s “personal church”—thus plays back as a visiophile might hope a smattering of his cherished media memories would look like in sequence. An extreme slow motion shot of Bill Murray’s standoff with a ghost jaggedly transitions into the opening credits of Fresh Prince. A Crystal Maze contestant’s tragic failure to solve a puzzle abruptly becomes a hackneyed commercial for a British bank. The VCR lurches and purrs amidst soundtracked drum machines and synth drones as Sutherland stops and rewinds each clip, animatedly describing the personal truths he’s gleaned from so many rewatchings. 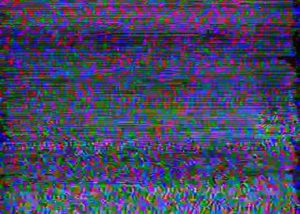 Sutherland conceived of the project as a memorial to his grandfather, who died in 2007, and as a means to cope with other difficult life circumstances, including a serious bout with depression in the late 00s. This is an extremely personal project, so you wonder if ‘Stand By’ holds any meaning for him after more than 300 of these performances. “I’m not playing a game with you here,” he speaks at the beginning of the show as if to assure spectators that this is not a contrivance. Repetition has always been essential to him. Every time he watches the tape alone and every time he watches the tape and talks about it in front of a live audience, memories get rewritten, bolstered. New associations form. He’s not sure why his grandfather decided to record certain selections on the tape, so with each viewing he’s left to wonder about the grand man’s tendencies toward media or otherwise and what these choices might indicate about his life.

Stand By for Tape Backup is about something different for Ross than it is for me or anyone else who’s seen it. Everyone who really enjoys and is deeply affected by moving images, I assume, has shared specific moments of synchronicity with the screen. Sutherland attempts to articulate such mystical patterns between a life on screen and his own. He does it incredibly well, but I bet he would agree that he falls just a bit short in this regard. Because watching something and feeling it so strongly as if it were part of you is not really a phenomenon that can be rationalized; it just is, and it’s great.

The tour is winding down and sadly, probably won’t return to Boston. Plans are being hatched for a DVD and Internet release soon though, so fear not and buy it whenever it comes out.