Cash Only is incredibly stressful, like getting to the bar on a first date with only a credit card. There’s a part in the middle when the camera starts to mimic the newly medicated mental state of main character, Nickola Shreli as Elvis Martini (yes), as shit begins going down. And the whole time, as shit continues to descend, the camera stays that mushy goo-brained way, and we keep thinking we wish we hadn’t smoked, that if only there was a way to sober up real quick this whole ordeal would be a little easier to manage. Despite director Malik Bader’s decided protestations during the BUFF Q&A, it was good, and it was like Pusher, and there were interesting cinematic mechanisms and intentional shots. Watch it and tell me that the shot, where Elvis throws up sitting at the bottom of those ascending fire escape steps, after maniacally grabbing a the head of a woman who he thinks is talking about him, isn’t well framed. Sure, there are lines that don’t exactly prohibit me from believing that there weren’t many second takes, but also astonishing ones, many of them delivered by Stivi Paskoski.

It exists embedded in Albanian Detroit, or in a small, poor, desperate subsection of it. Most of its color comes from actual Detroiters, who “were that character,” and they met coming out of a laundry mat when they were filming, or were Nickola’s father. Shreli’s actual niece plays Martini’s daughter, and Bader contends that they were only able to make the film because of Shreli’s connections in Detroit, where he grew up as a first generation Albanian. That spirit, of scrappiness and subsistence collapsed over the edges and made the film happen. On their budget they were able to get reasonably well-established camera and crew packages because they agreed to shoot in Detroit and scheduled it, on a dime, during a thirteen-day stretch when it was -20 degrees, when no one else wanted to be out shooting. That’s the literal, physical, sacrificial ingenuity that made this film, because the hard living behaviors depicted live, to some degree, in Shreli and thus in his writing.

Now, that’s not to say it is a deeply sociological investigation of the cycles of exclusion that reciprocally inform the isolation of modern Albanian-American immigration, it’s a rescue movie, that isn’t devoid of formula. However, there are moments, more than their budget should necessarily allow, of filmic humanity and realism. I think that there’s more in there, and in Shreli. 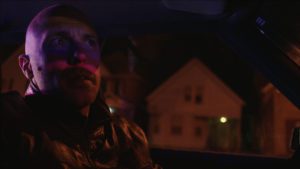 I met up with Shreli afterward, for the duration of a Marb Red, to try to get a sense of him, and ask him a few lingering questions unaddressed during the Q&A. I probably learned the most from the circumstances around trying to get his attention. Inside the theatre, he was receiving various congratulations and posing for pictures, decidedly not unwilling. Then, in trying to corral him to speak to me, we were directed to the side of the stage, but he protested, wondering, “Why can’t we go outside, have a cigarette, and just do a big gang bang?” So we did, but then out there more fan type people overcame him, cigarette type people, and many assorted Albanian friends who wanted to begin the drinking, whom he addressed with priority, in Albanian, animated and gestural like a king, directing them to wait for a minute. He did sort of push everyone away and step further into the recesses of the back Brattle alley with me, granting my time to exchange, saying, “Sorry, Albanians are just very intrusive.” 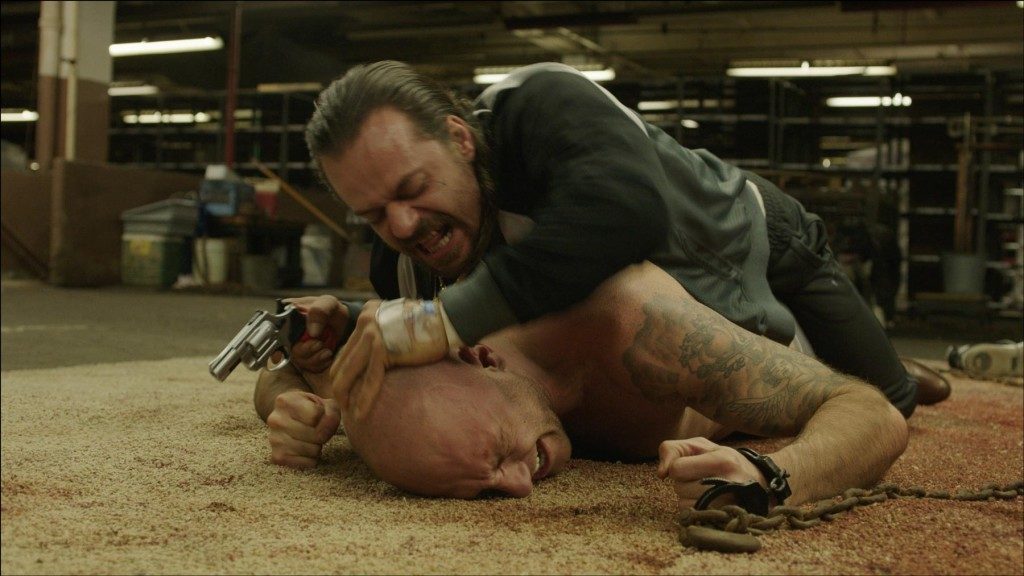 Shreli: Yeah, so, like I said, whatever I can do to-

Shreli: I think you gotta put other people before you.

Me: Just in a business way?

Shreli: Yeah. Totally honest, totally off the cusp, I think you gotta, fucking, sacrifice your own kind of things and cater to your future audience.

Me: And to your future self who is then in a position to make things you don’t have to sacrifice for because of it?

Shreli: Yeah, yeah. I think you have to play ball earlier so you be a little bit more selfish later.

Me: Yeah. Is that something you learned or you just have the foresight for?

Shreli: A little of both, in this project I could have sold out, did a couple of B actors, more traditional structure, but I was like, no, let me take a little bit more ownership of it… then, but Malik came on and he wanted to change things, I had to be willing to make the product better—

Me: But you also had to believe that those things he wanted to change would make it better?

Shreli: Yeah, you have to trust. You have, you know, this thing has led to some meetings, some writing, to some development things, you know, I have things I want to do, but you also have to pay your bills, man… My advice is to do something that you’re confident in, that you’re willing to defend and die and bleed for, but be willing to make concessions. Write something fresh and original, not follow the crowd. Take your own lane, and if it’s good I think it will find its voice…Yeah like Cash Only was a vehicle that—

Me: But you really have that thing in you? Like this prowl thing in you extends to the business world too?

Shreli: Yeah, yeah, I mean for sure. For sure. I’m thinking about some stuff for me, some stuff that will now cater to the people I’m talking to, so it’s just balance man, balance. 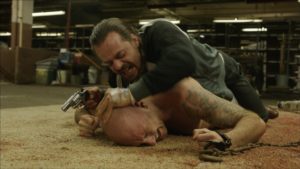