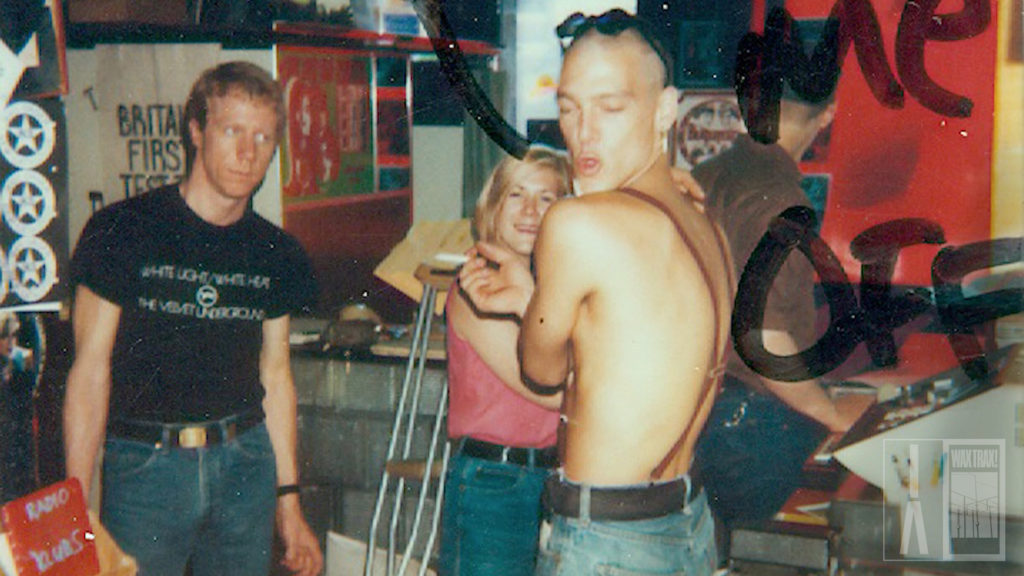 My friends often tease me for being a “physical media snob.” While the rest of the world consigns their entertainment options to various and sundry streaming services, my apartment continues to accumulate records, DVDs, CDs, and assorted mediums which are, by any metric, well and truly dead. I make no apologies for this, for a couple of reasons. First of all, I consider choices in music and film too important to leave to the whims of a handful of uncaring global conglomerates, and see value in having these works in hard, immutable plastic– particularly one crafted by people who truly care about their product. Beyond that, I treasure the experience of acquiring a good record– of actually LEAVING MY HOUSE, going to a well-curated record store, interacting with (or at least grazing past) likeminded obsessives, and walking out with something great, possibly which I’d never even heard of before*.

Both of these truths are passionately felt in Industrial Accident: The Story of Wax Trax! Records. Wax Trax began life as a cultishly beloved midwestern record store before branching out into an independent label, where it quickly vaulted to the forefront of the nascent industrial music scene. Directed by Julia Nash, daughter of of late Wax Trax co-founder Jim Nash, Industrial Accident is a loving portrait, not only of the store and the label, but of the scene and the time they represented, and the men who made it happen.

The original Wax Trax was opened in Denver in 1975 by Jim Nash and Dannie Flesher. As an out-and-proud couple riding the transition from glam rock to punk, Flesher and Nash were a bit of an anomaly in Colorado, but their store became an epicenter of the local counterculture, including a teenage Jello Biafra (one of the many notable talking heads in the documentary). As the store’s cache grew, they moved the store to downtown Chicago, where it grew from a hidden gem to a communal meeting place for the gay, punk, and other fringe scenes, lovingly furnished with records and artifacts from Flesher and Nash’s apartment (as My Life With the Thrill Kill Kult’s Frankie Nardiello recalls, “It was like walking into a collage!”). The store became particularly popular among local post-punk figures, such as Ministry’s Al Jourgensen, and soon they went from occasionally pressing Bowie bootlegs to documenting the scene, and eventually connecting with such like-minded European bands as Front 242 and KMFDM. As is so often the case, the enterprise eventually grew too large to remain the labor of love it began as, but not before becoming one of the most vital– and cohesive– forces in underground music. 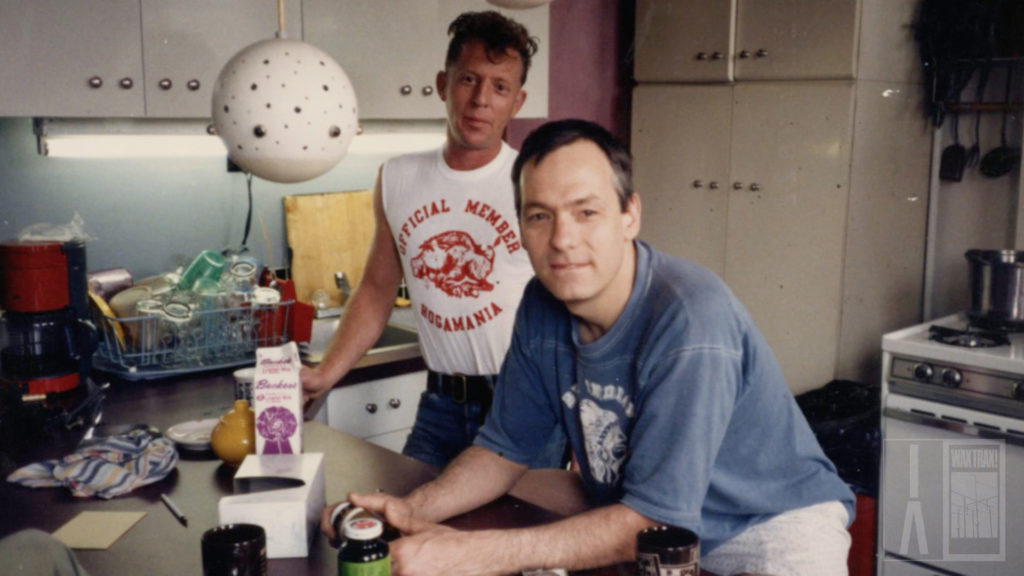 Industrial Accident is, by and large, a talking-head documentary, but it benefits from having some of the most reliably entertaining talking heads in music: in addition to Biafra, Nardiello, and Jourgensen, fellow Chicago scenester Steve Albini is prominently featured, as well as contributions from such customers and admirers as Dave Grohl, Trent Reznor, and Ian MacKaye. The heart of the movie, though, lies in the archival footage: her familial link gives Julia Nash access to a treasure trove of unseen performance footage and home movies of the store. It is these home movies that I found most captivating, a glimpse of a community immediately recognizable, yet also completely frozen in its particular time and place. Interestingly, apart from a brief prelude in which she exhumes the Wax Trax archive, Nash largely positions herself as just another talking head, sometimes accompanied by her brother. In some ways, this is disappointing– Nash proves to be one of the film’s most entertaining subjects, and the perspective she offers is obviously unique– but it’s also refreshing that she chose to keep the spotlight on her father’s world where it belongs.

Throughout the film, perhaps the most compelling thread is the love story between Jim Nash and Dannie Flesher. When they met, Nash was still closeted and married to the mother of his children, but he thankfully came clean early on, and the two got to spend more than two decades as a loving, open unit. By all accounts, theirs was a love story for the ages, and their personalities clearly underscore the aesthetic and ethos of everything that followed. Their story is so compelling that it’s something of a shame when they fade into the background for much of the second act as the film shifts its focus to the music itself, but it’s understandable to cede the spotlight to the remarkable scene they dedicated their lives to chronicling, especially when that includes such larger-than-life moments as the founding of Jourgensen’s industrial supergroup, Revolting Cocks. Depressingly, their story ended as many queer love stories did in the ‘80s and ‘90s, but the joy and the passion of what they created remains.

I will admit to not being especially well-versed in industrial music in general, or Wax Trax in particular, prior to viewing Industrial Accident, beyond the essential knowledge required to survive as a smartass record store clerk. But Nash’s film serves as a terrific primer, laying out the music, the major players, and the cultural context that brought them all together (I found Albini’s description of Chicago as “a place where the punk rockers hung out at dance clubs” to be a particularly helpful explanation of the origins of the genre). For the ultimate proof in the pudding, as I sat down to write this review, I sought out Revolting Cocks’ Beers, Steers + Queers to serve as my background music. For now, I’m listening to it on a free trial of *pple Music, but that’s only until I can get my hands on the physical copy– the way it should be.

* – I should probably note here that I am somewhat biased: I worked for nearly eight years at Planet Records in Harvard Square, and spent much of my teenage life digging through the “Miscellaneous Weirdness” bin at Mystery Train in Amherst. Both stores are still active, and you should go to one or the other right now.