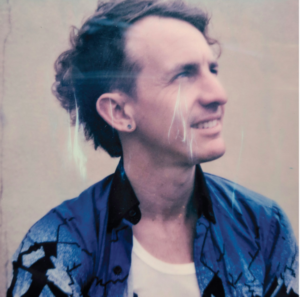 From its opening track Two Saviors’ ramshackle mix with the loose drums, panned all the way left, and lead guitar all the way right, keep Buck Meek grounded as he sings wistfully about cloud watching: “Maybe it’s a baby, maybe it’s a cottonmouth swallowing its tail.” From this point on Meek creates a consistently wonderful balance between the ethereal and the familiar.

On the title track Buck Meek sings about being among the stars while two saviors battle for a soul’s redemption. His delivery and accompaniment is so unassuming that they practically deflect attention onto Meek’s words. Where the music is more involved, it feels thrown together with close attention and effect. On “Ham and White” Meek sings “Same me half of that sandwich Annie/I haven’t eaten since 1995/It’s a miracle I’m alive” with quiet plosives on every syllable, giving the uncomfortable sense that he’s pleading weakly and desperately for your help. The song crashes into distorted drums and rumbling guitars that sound reminiscent of the heavier moments on Big Thief’s second 2019 album Two Hands.

Two Saviors might not reach the emotional heights and stunning beauty of Adrianne Lenker’s latest solo album songs, but the two albums hold spiritual similarities that reaffirm why the songwriters make such excellent collaborators. Both singers use soft and strikingly expressive tones that are so similar it feels like they were developed together during their near decade long collaborative relationship—or perhans at this point, Meek is somewhat imatitive of Lenker.

While it’s difficult to match the intimacy of songs, which Lenker recorded in 2020 while in isolation, Meek creates his own sense of place on Two Saviors. Its rough-around-the-edges aesthetic and spacious mix place you in the room with the band, who recorded the album in New Orleans in 2019. “Two Moons (morning)” goes so far as to include low, charming and casual studio banter over a walking baseline and bluesy piano.