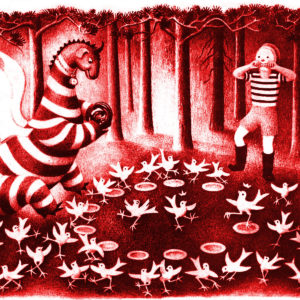 Brittle Brian covers the first half of My Sun, Brian emphasizing vocal dominance—subtle, drifty, and folky—and acoustic guitar chord dissonance. Victoria Rose has that unusual vocal quality that somehow smooths out the kinks of off-kilter minor chord plucks. The tenseness of her guitar and sereneness of her vocals complement each other beautifully, creating a mood something like a pleasant melancholy. On “Went Down to the River/WYLIYTM” Rose’s vocal tone resembles Régine Chassagne’s lead vocal work on Arcade Fire’s Funeral—wavering and sad-pretty.

Brittle Brian’s transition into sundog’s–Jonathan Nankof’s–portion of My Sun, Brian merges without fuss. The unplugged instrumental backing, along with a few fun synth moments, reinforce the concept that Brittle Brian hinted at with a harmony in disharmony—like a patch of sunlight captured between the shady tree branches. Nankof’s desperate echo of “Caroline, will you come?” on “I’ve Begun to Fall in Love” tweaks into falsetto pitch so easily, reminiscent of Conor Oberst’s singing style, a kind of fragility that Brittle Brian also masters. But sundog balances this strained moodiness with tracks like the one-minute-long “Save” in its otherworldly electronic and funky, almost goofy bass movement.

If each of Brittle Brian’s and sundog’s independent tracks don’t convince its listener that the two belong on the same album, the final track collab “It’s a Wonderful Life (Sparklehorse)” is proof. The track opens with an iPhone timer going off, resulting laughter. The song follows with a less-than-enthusiastic, perhaps sarcastic interpretation of a “wonderful life.” Very like The Moldy Peaches, the simplistic repetition of Brittle Brian and sundog’s guitar pickings, their matched vocal quirks, and carefree airs meld well. These two make sense together. 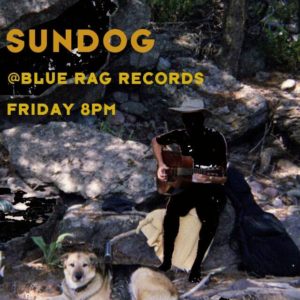