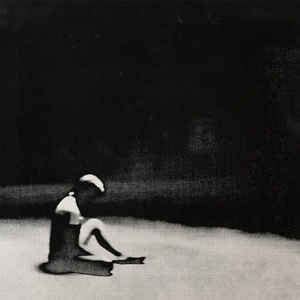 Laced with monochromatic lighting and an unforgiving crowd, I discovered Boy Harsher at one of their shows. Drawn in by their intimate energy and determined darkness, their sound is one big electropop confession. Although most of their EP’s and specifically their recent album, Country Girl Uncut, hints at fantasy, solitude, and gothic sentiments, the band has constantly proven their ability to evolve their sound. Their harder hitting singles, like “Yr Body Is Nothing” (2016) and “Pain” (2014), remain witchy and retro by nature. Yet noticeably, their recent album closely aligns itself with the artists’ cinematic approach and winding existentialism.

Made up of Jae Matthews’ luring vocals and Augustus Muller’s mesmerizing synth textures, the duo claimed their art in 2013 with their project, Teen Dreamz. Originating from a background in film, their dramatic and expressive approach transformed into Boy Harsher in early 2014. From there they’ve underlined their ability to create intense ambient dance tracks; each with their own unique distortions. Country Girl Uncut is the latest album to be released this year wrapping together their unique industrial beats along with sensual lyrics. It’s a disco in the shadows.

One of the most prominent features of Boy Harsher is the juxtaposition between their damning drone beats and empathetic lyricism. It comes off as techno for the common soul; industrial music that refuses to be devoid of emotion. This intimate release of memory and knowing continues to take different forms in each song of the album.

In many ways, this contrast is able to depict feelings of nostalgia side by side with notions of loss that exist in the present. Boy Harsher is able to warp together the romance of the past and the devastation of the present into electric oscillations.

In my mind, this outward display of entrapment, intrusion, and even abandonment, is what delineates them from other ambient dance movements. It’s only when we’re physically shoved out of the world we think we know that the forceful nature of enclosed loneliness takes shape. Emanating from the instability that drives our daily thoughts and routines, Boy Harsher brings out the certain pleasure of our collective bewilderment. 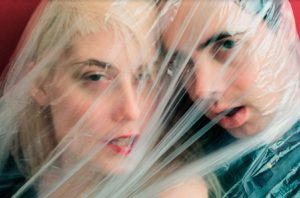