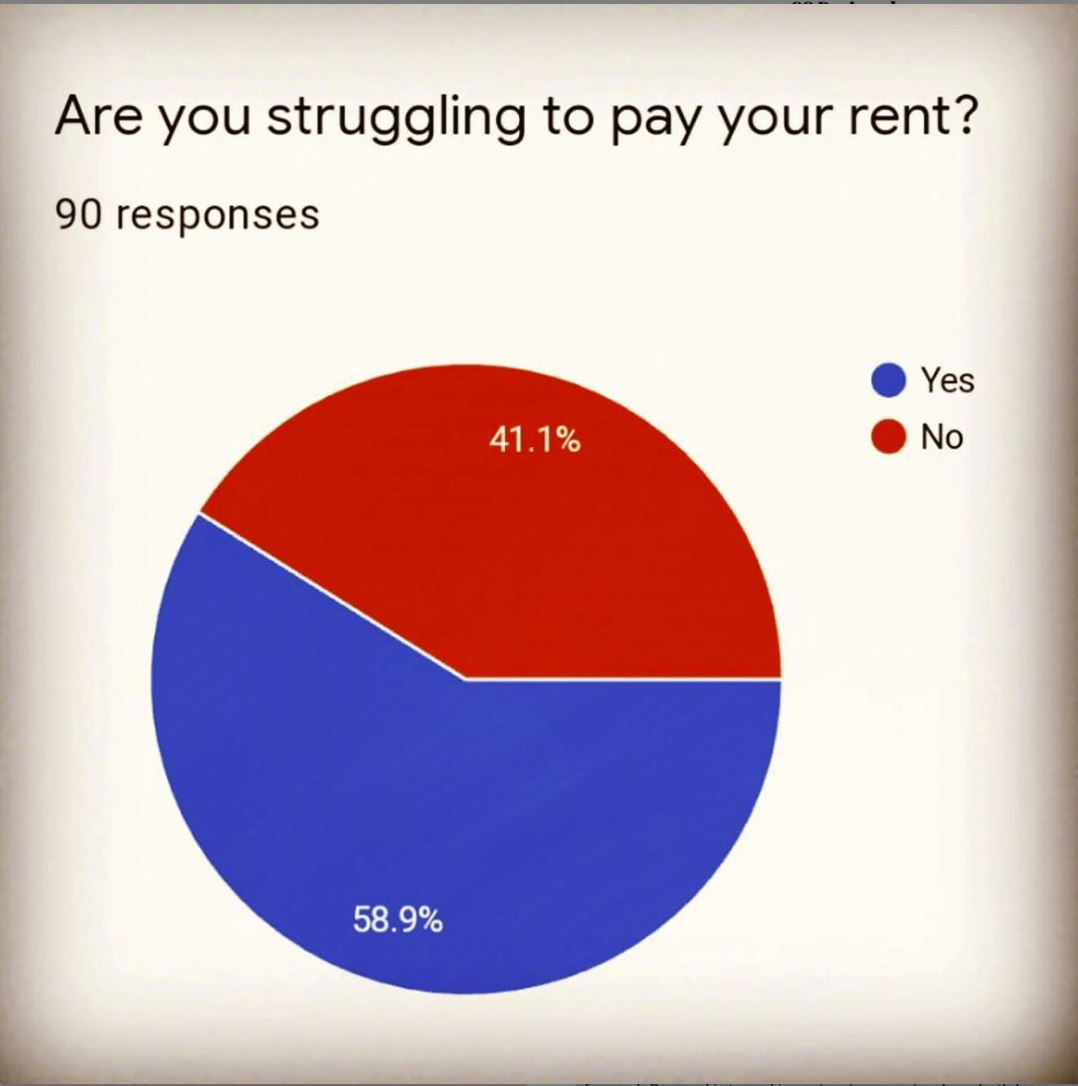 Tenants of Gerald Fineberg, who owns roughly 30 apartment buildings in Greater Boston, have launched a social media campaign against their landlord and his affiliate company, Fineberg Management. The tenants, under the auspices of Fineberg Tenants’ Organization, allege widespread shoddy living conditions across all of Fineberg’s buildings in Allston, Brighton, Brookline, and Fenway. The tenants’ organization have gone public with their reports after a lack of adequate response and action from Fineberg’s camp.

Broken windows, inadequate heat, chronic stolen packages, persistent mold and even mushrooms growing in buildings — these are the conditions in which tenants report living in buildings owned by Gerald Fineberg. The tenants organization, formed this year in part due to the COVID-19 crisis, had reached out to Fineberg Management on June 23 and July 12 of this year, to no response. Frustrated with the radio silence, they have taken to Instagram to broadcast reports of their living conditions. A demand letter they sent to Fineberg Management on September 14th was cross-posted to Instagram on September 27th, with support from Senator William Brownsberger (D-Suffolk/Middlesex), Representative Kevin Honan (D-Suffolk), and Boston City Councilor Liz Breadon.

Despite fear of reprisals from management and the shame of living in such conditions, tenants are now choosing to make their situations known.

More from 134 Englewood. If you are a #FinebergManagement tenant and you want to share your experience anonymously or join our tenant group chat- please DM us. There is strength in unity ??

“When we first moved in there were mushrooms growing on the wall because of leaking from an upstairs AC unit,” reports a tenant of 33 Lancaster Street in Brookline. “It took multiple calls to maintenance to get them removed and my roommates repeated requests for an air quality check were ignored.”

Gerald Fineberg is the man in the hot seat for all these allegations. Despite the properties being owned by a litany of shell companies — Commonwealth Properties, Bancroft Realty, and Boylston I Holding LLC to name a few — all records point back to Fineberg and his namesake Fineberg Management and The Fineberg Companies. Daniel Frank also appears in these records; his LinkedIn identifies him as either the current or former President of the Fineberg Companies.

Fineberg’s holdings are concentrated along hot corridors of the Boston real estate market — Commonwealth Ave in Allston/Brighton, Beacon St in Brookline, as well as the Fens. It is uncertain how much income these properties generate; however, a rough estimate of the value of Fineberg’s real estate holdings in Boston alone is $223M. Elsewhere in Boston, The Fineberg Companies owns office and retail space across the city as well as in Waltham and Brookline. Fineberg himself is listed as a trustee of the Institute of Contemporary Art/Boston, and is the sponsor of the Sandra and Gerald Fineberg Art Wall at the ICA as well. His wife and he are also listed as major donors to The Price Center in Newton, Brigham and Women’s Hospital, and formerly to The Rose Art Museum at Brandeis University. Fineberg at one point professionally raced horses.

The story is bleaker for Fineberg’s tenants. According to a survey circulated among Fineberg tenants already in touch with the tenants’ organization, 58% of those reached were having trouble paying rent due to COVID-19. Despite asks from tenants, no concessions for rent reductions have been made by Fineberg Management to any tenants as of this writing. Tenants’ frustration lies largely in lack of communication from management, not only during the COVID-19 crisis but as a long-standing pattern.

The Fineberg Companies would have you believe otherwise. According to their website: “Service to our tenants is of the utmost importance to us and we pride ourselves on our prompt and efficient response to all tenant concerns. We try to stay well within our financial and staffing capabilities, and as a result, we have earned a solid reputation for serving our tenants, improving the value of our buildings and delivering on promises made.”

But organizers of the tenants organization cast aspersion on that statement.

“Fineberg says to us tenants with financial hardships due to COVID should work with them one-on-one,” says Dan Albright, one of several lead organizers with the Fineberg Tenants’ Organization. “But what we have heard back from those individuals who do go to them one-on-one is that they are turned down, told to make the rent, or else. So they just don’t want us coordinating.”

Peeling paint, roaches, and more issues over at 1185 Boylston. Please swipe for photos.

Fineberg’s whereabouts are hard to pin down. Some publicly-accessible records with the Commonwealth Secretary of Corporations list his address as a brownstone in Beacon Hill, others as a condo in Palm Beach, FL. (Palm Beach, it’s worth noting, is among the 30 most wealthiest communities in the United States.)  Fineberg is listed in these records as the president or director of several other shell corporations listed at either these addresses or the Fineberg Management office at 1 Washington Street in Wellesley.

As we have reached the end of the imposed eviction moratorium on October 18, the efforts of autonomous tenants’ organizations may just end up being the deciding factor in the ongoing battle for tenants rights.

“Now that we are organized, we know how much our rents impact their bottom line—together over $250,000 a month with our current numbers,” says Dan Albright. “So we are looking into how we can possibly leverage that to make them do the right thing. Landlords should treat tenants with respect considering we are their customers. Unfortunately, that’s not where we are at.”

If you would like to contact the Fineberg Tenants Organization, they can be reached at [email protected] for inquiries or tenant support.

HASSAN GHANNY is a writer and performer based in Boston. He can be found on Instagram @diaspora.gothic

Liked it? Take a second to support Hassan Ghanny on Patreon!