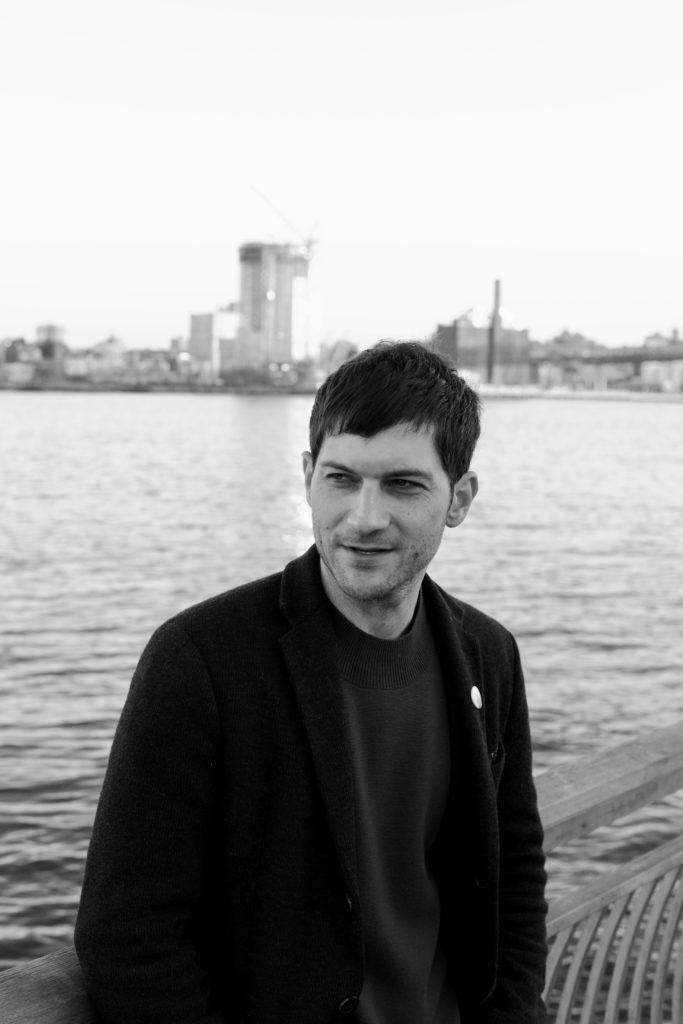 Eli Keszler is one of a rare type of artist. He’s as much a percussionist as he is a designer of installations. His works appear as much in museums as they do onstage. He collaborates extensively while forging his own way as a solo artist. On one hand, he’s an amazingly energetic experimenter and on the other, he’s quite down to earth about what makes music special – the magic of a great performance, the limitation of the body and the engagement of a physical space. Eli’s work is anchored to these tenets. In October 2018 he released his album “Stadium”, a cool and dramatic mix of free jazz tinged percussion and melodic electronic sounds. There’s little that feels like a “tempo” or “beat.” It’s a really slippery, liquid performance, an ever-changing landscape of curious drum textures. A great live video showcasing the music can be found here.

As a collaborator, he’s worked with Laurel Halo and Oneohtrix Point Never, among many others. But his recent move to Manhattan is perhaps connected to his newest solo album. Legend has it, Eli moved into his East Village apartment and found a guitar pick with the word “Stadium” written on it. Apparently, there was some moment of epiphany, some suspicion of a hidden message. The rest was a careful process of working with percussion materials and field recordings he collected over a year of travel.

Eli is a really interesting guy with a lot to say. With grace, he gave me some time to ask him about his new record “Stadium”.

Boston Hassle: I want to ask you first if you consider yourself a computer person?

Eli Keszler: No, I wouldn’t say I’m a computer person. I make music with my body with my hands and with my ear. I use computers like everybody does all the time. I mean I love some of the tools that have become ubiquitous with music making today but I consider myself to really be a very hands on acoustic musician that uses technology to achieve a means. I don’t consider myself to be a computer musician. I like to use computers to connect old ways of making music to very new ways.

BH: There’s this whole sort of thing on “Stadium”, the record you released at the end of 2018, there is this element of the body and drumming but there’s also this very strong element of taking long field recordings and manipulating them with computers and sort of mixing those two things together. I just thought that was a really interesting production technique. Maybe you can talk a little about the process of that and how you see that contributing to the record.

EK: Well, I began the record by collecting these specific recordings and laying them out as a kind of landscape for writing. They’re kind of like the way a mood board or something would work in film-making or script-writing where I laid out these long recordings and then experiment with what music seems to intersect with the atmospheres that were inside the environmental recordings. So in a certain sense all of the material emerges from these recordings and in the process, I got an idea to use them almost as instruments where I would speed up a 10-minute long recording into say… 1 second or less and make gestures. Different types of patterns emerge which were built out of these recordings if that makes sense. So that was kind of the foundational idea and, you know, there was a year of travel and during the year I was collecting these recordings and collecting and observing these spaces and used that as a basis for these pieces.

BH: Yeah, I showed your record to someone who is not really interested in experimental music and they were kind of really happy because while your stuff is really delicate or aggressive, its sort of relaxing and easy for people to get on board with a little bit. Is that something you’ve been finding along the way?

EK: Yeah especially in the last few years I’ve become much more interested in communication and trying to make my ideas, my music, as accessible as I can make it while retaining what’s important to me. I don’t feel like I’m sacrificing any integrity by making the music more, like you said, easier to enter for people. I consider that to be the goal in a way. To get your ideas across to people the best way you can. So that was the idea really. So I’ve become much more interested in taking the work that I’ve done and the research I’ve done over the many years I’ve been doing this now and figuring out how to make it approachable. I think that’s really what composing is about – finding meaning in what you’re doing, the real essence and the feeling you’re trying to get across and connecting it in the most simplistic and coherent and honest way possible. So I’m glad to hear that, that’s really important to me.

BH: I think one of the things people who make things face is often it is very different in the mind versus what one actually comes up with. I’m just wondering how that was for you or if Stadium came out exactly as you thought it would?

EK: I’m very materially oriented. I’m a percussionist drummer. I work very directly with materials and get to something that I find to be interesting or new and then I work with that. So its hard to even talk about my process of writing music except that I’m very flexible and the materials and approaches are like constantly in flux in a way. It would be impossible for me to exactly recreate this piece because I’m not using, you know, grids or any kind of preset sounds in any way. So I would say it sounds like I thought it would. It feels like I thought it would but I learned a lot about materials and my own sort of process during the making of it in a way I don’t think you really can do until you just get going on making something. So much of learning and growing is just feeling your way through these things.

BH: Okay so you mentioned a little while ago a book called The Conspiracy of Art and I thumbed through it a little bit and Baudrillard [the author] is sort of making this case for the nullness of everything and the fact that art is so accessible and so everywhere and how we’re all performing all the time and I thought that this was an interesting thing for a contemporary experimental musician to sort of, at least mention and to put out there and show some interest in. So, I guess, do you find yourself also caught up in the nullness of things?

BH: Yes and not even so much in the general emptiness but how art can be sort of empty.

EK: I think there’s no doubt that the world is pretty plagued by what is basically… it’s kind of like there’s a million buzzwords… like neoliberalism, you name it. There’s a kind of swallowing of art into the entertainment sector, the reliance on corporate money. It’s affected all aspects of culture and certainly it’s slowly seeming to take over public art. Museums are really broke… this unfortunate financial system we have… it’s a strange time. And I love that book because it’s a beautiful… it’s a rare moment of backlash in a way where Baudrillard is publicly scorning the art form… but mostly he’s having a dialogue really. It’s unfortunately rare these days, just an honest back and forth. I value that even if it’s harsh. Like, looking in the mirror is truly the job of all this, to look really carefully at what’s happening. So I like that book because he forces people to see that. It’s great reading the backlash.

BH: Yeah, I wasn’t expecting the inclusion of the interviews that were given immediately after… seeing their outrage.

EK: It’s an important idea! Part of my obsession with acoustic things and working with real materials and instruments and dealing in the physical realm and not in the digital is because I’m attached to the power of raw elements… of raw elements transcending some of these problems. It’s a pretty interesting thing actually that people can look with such ease across cultural domains when it comes to music. The way it manages to end up in such unusual cultural spaces. I mean, music moves across cultural domains in ways that language and discourse can’t. I think part of the reason I’m so drawn to it is that it feels very capable of doing that in a way that visual and physical art can’t. And I think Baudrillard is pointing to that in the book. Of the kind of limits of it.

“Stadium” is out now on Shelter Press Records.

His newest EP “Empire” was released February 14th. Stream he tracks below.