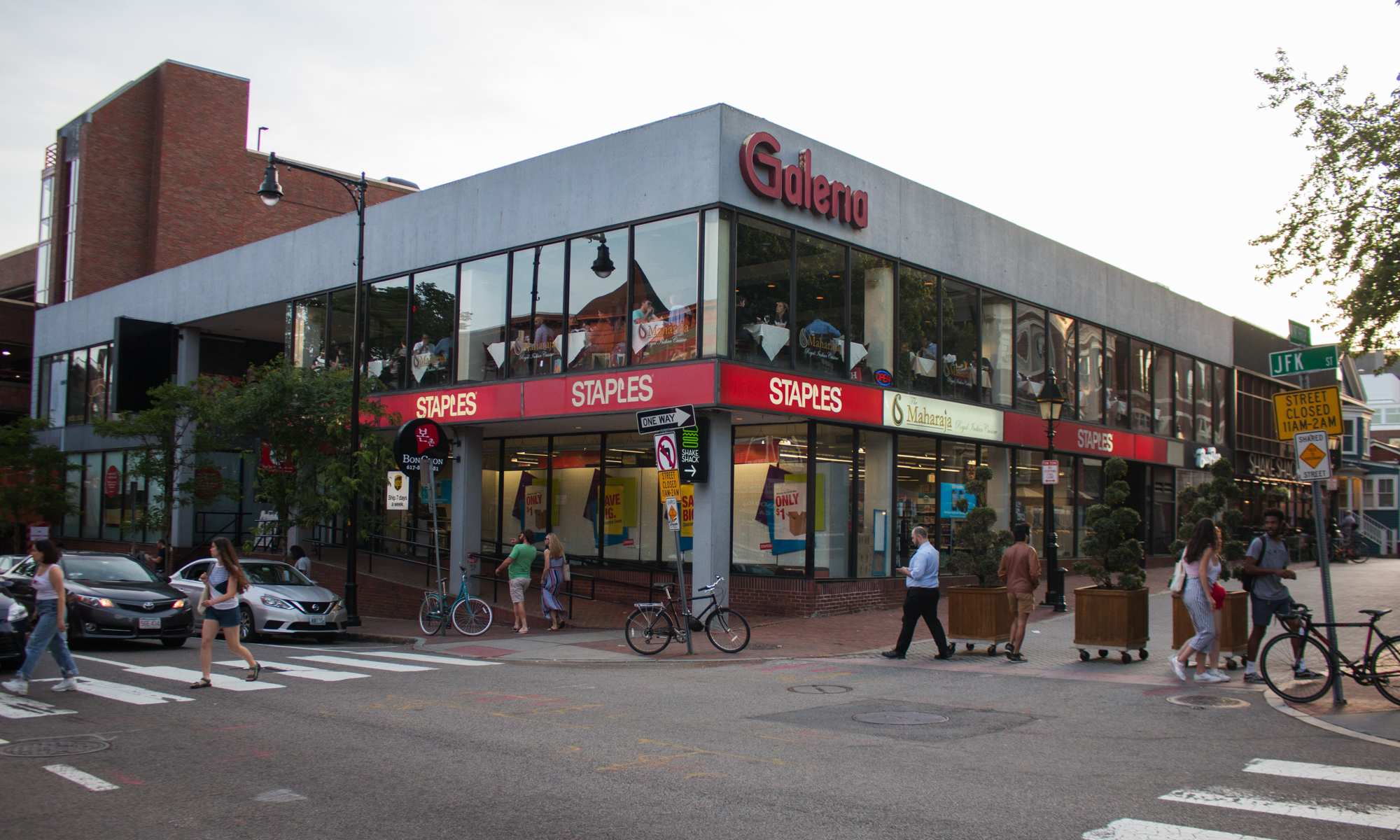 If you follow weed news, then you might know about the dispensary coming to Harvard Square. You might have also heard the local debates surrounding it. What’s legit and who’s simply blowing smoke? What’s going to happen to your local dealer’s business? I’m bringing you the whole story, so spark a spliff and read up!

Cookies, a recreational marijuana dispensary, will be opening at 57 JFK Street in Harvard Square, across the street from Winthrop Park. If “Cookies” sounds familiar, it’s because the brand has already made a name for itself on the West Coast, where it was founded by the original growers of the Girl Scout Cookies strain.

The Harvard Square location of Cookies will be unique because of its opening team. Tabasuri Moses, CEO of Green Soul Organics, Damon Hughes who has experience in the liquor store industry, and Richard Harding of the Real Action for Cannabis Equity Coalition (R.A.C.E.) and president of the Green Soul Foundation, as well as the rest of their team, are committed to racial equity in cannabis. In fact, in the cannabis industry, where most business owners are white, the fact that Cookies in Harvard Square will be a 100% minority-owned and -run dispensary, is a significant advancement—especially considering the disproportionate harm that the war on drugs has caused in Black and Brown communities.

To get a full idea of the impact Cookies will have on the Harvard Square area, I interviewed Richard Harding and an anonymous source who sells weed in the area, referred to here as John.

According to John, the arrival of Cookies will likely de-commodify Cali weed, which has been somewhat of a luxury in Boston, causing street prices to drop. So for those of you who were holding out on spending $75 on an eighth of exotics, your time may be coming. But, bud is not all that Cookies will be selling. It will also carry edibles, CBD products, and other cannabis products and paraphernalia. 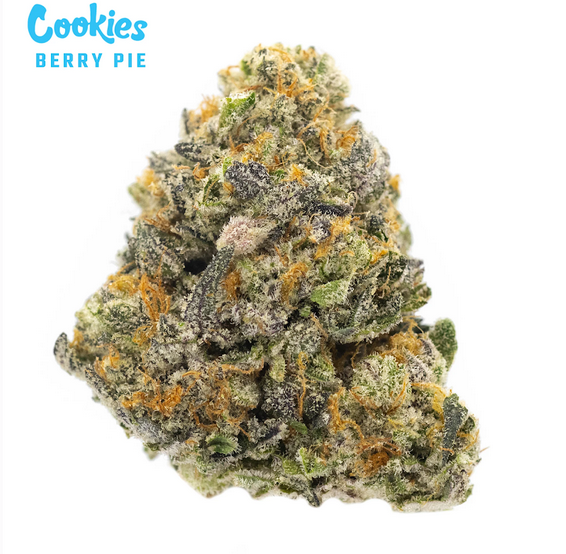 Despite how exciting this all is, the public response to Cookies’ upcoming arrival has been mixed. Plenty of people have expressed their support for the new business, including Cambridge city councilor Quentin Zondervan, president of the Cambridge NAACP branch Kenneth Reeves, and other locals. However, according to an article in The Harvard Crimson, various business owners in the Square oppose the dispensary’s opening at 57 JFK St and would prefer for the dispensary to open in a basement. They expressed concern about people smoking in the park, and that the storefront would largely advertise weed.

In response, Richard Harding says, “There’s a real thing going on around, NIMBYism—not in my backyard […] if you listen to the tape of the community meeting, they definitely were not trying to seem like they were negative towards our group as minority owners. But at the same time, in my opinion, their reasoning for not supporting us just didn’t add up.”

After doing the math, I have to agree with Mr. Harding. Mission, a medical marijuana dispensary, already resides at 98 Winthrop Street—a mere 30 feet further from Winthrop Park than Cookies will be. Plus, according to John, a number of Harvard Square business owners and operators already purchase and smoke bud in the Square, and the people who already smoke in Winthrop Park and its surrounding area likely always will. As for the products’ appeal to kids, Cookies will not be advertising its products in the storefront windows (that’s just the law)—rather, it will use that space to display work from local artists, and entry will be 21+ (also just the law). In short, the opposition’s reasoning did not hold up, which suggests they may have been covering an unchecked bias.

In response to the suggestion that Cookies should open in a basement instead of the 57 JFK St storefront, where they already have a lease, Harding said, “So we’re good enough to be in the basements of Harvard Square, but we’re not good enough to be in a prime location with a storefront? For me, that just speaks differently of what I see as equity in the cannabis space. You can’t have the sentiments of Jim Crow still floating around in 2020 where people believe that separate is equal. Separate isn’t equal.”

Raj Dhanda, the landlord of the Crimson Galleria, where the dispensary is set to open, was also once hesitant to bring another weed shop into Harvard Square. But, once he recognized Green Soul’s efforts for racial equity in cannabis and community benefit, as well as the prejudice and pushback they’ve encountered as BIPOC in the cannabis industry, his opinion changed.

“The biases and barriers had faced were known to me. The closed doors they had navigated in this city were known to me,” Dhanda wrote in an open letter regarding his new decision. “When I learned that so few licenses across the entire Commonwealth had been awarded to economic empowerment applicants, and that such a promising group had been denied space by other building owners, I knew there was an opportunity to give back to the community, to promote minority entrepreneurship, and to do something bigger than just filling another commercial space. […] Through this endeavor, will be replaced by a Black-operated and minority owned business in an emerging industry, a business that will be a great community partner and which is extremely committed to providing community benefits.” 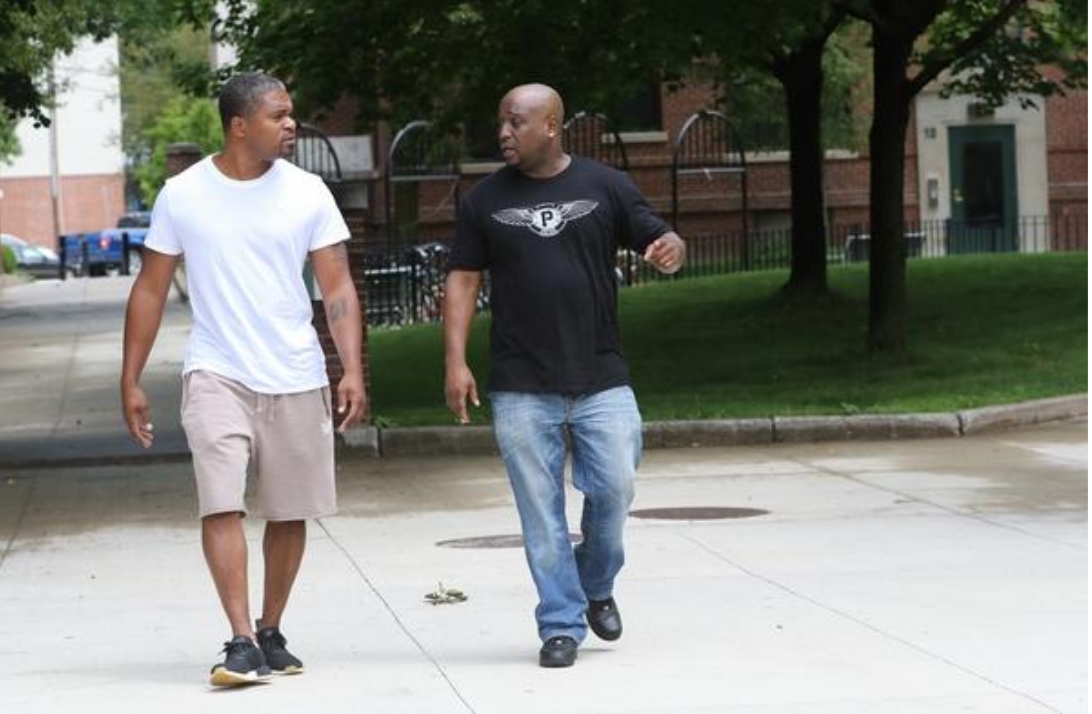 Green Soul’s authentic commitment to community benefit will set Cookies apart from surrounding businesses. In the past year-and-change, the Green Soul Foundation gave out over a thousand turkeys for Thanksgiving, ran toy and school supply drives for kids in the Boston area, and when COVID-19 hit, they distributed  PPE to Boston’s most vulnerable areas and in the Suffolk County House of Corrections. Harding says that they plan to do the same work this year, and hopefully more. The timeline shows us that the foundation’s good deeds were not done for praise or profit: Green Soul was doing this before the conversation about 57 JFK Street started back in September.

On their motives, Harding explained, “If we were an out-of-state operator from Arizona or New York or California, you’d look at it differently—but we grew up here. I grew up in Central and Harvard Square, so I see this differently. I see this as community benefit that helps not only the community that I love, but the community that I grew up in. So it’s kind of paying it forward and paying it back, quite frankly.”

Overall, Cookies seems like it will be a great addition to Harvard Square. There are still reasons to support your plug, though, John tells me. Lower prices are one reason, though that varies based on what you’re buying. Plus, growers in the area supply quality weed that dispensaries don’t sell. I think the verdict here is to buy from both.

When I asked John if he plans on paying Cookies a visit when it opens, he said “See this is where I’m gonna sound hypocritical– I’m gonna go into Cookies and buy a couple eighths.”

Liked it? Take a second to support Lila Grace Freierman on Patreon!