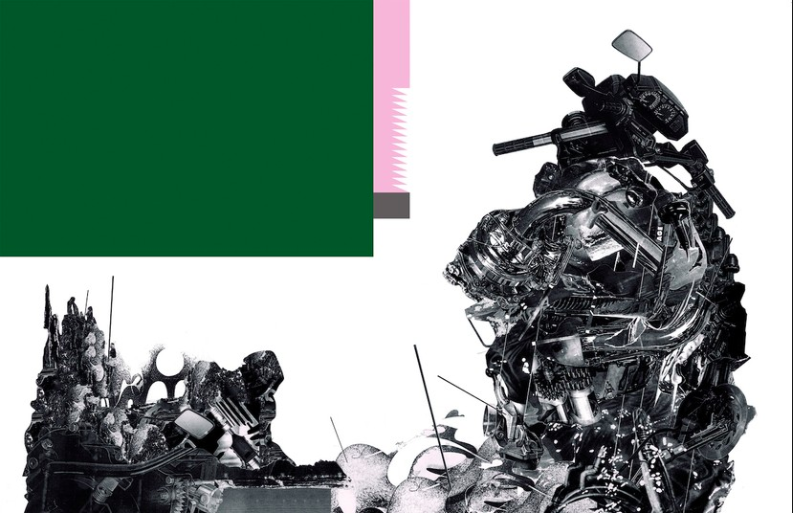 It isn’t often that a band bursts onto the music scene with an album almost completely different from contemporary music at large. black midi has managed to do just that with their debut album Shlagenheim. With complicated and frenetic rock instrumentation, eclectic production and effects, and eccentric songwriting, there’s no one doing what black midi is doing right now.

The UK band caught the eye of critics and early fans after a raucous performance at Seattle’s KEXP. They performed rough — and at the time unreleased and untitled — versions of “935,” “Of Schlagenheim” and other songs that would appear on their debut. It was a perfect way for them to make their first appearance. They were intriguing, intense, and mysterious. As they went on to receive profiles in NME, Pitchfork, and other publications, intrigue only grew during the lead up to Schlagenheim.

Though black midi stands out in contemporary music, what they’re doing isn’t 100% new. The band’s complicated performances draw heavily from prog influences like King Crimson, while the unusual production, effects choices, and meandering song structures have clear roots in krautrock like Can and Neu!.

black midi, as the band’s name suggests, has a tendency to make notes pour out of every instrument at an astounding rate – not unlike their prog predecessors. They use this strategy on the opener “953” which launches you immediately into the world of Schlagenheim. It stays pretty wild from there on out.

The droning “bmbmbm”– complete with distorted wailing buried low in the mix–is one of the clearest examples of krautrock influence on Schlagenheim. However, the band brings their own twist to the table with thumping bass and sudden bursts of noisy, frenetic energy.

One of black midi’s strengths is that they draw from influences that are notoriously loved by music snobs in a totally unpretentious way. They seem to understand that today’s music enthusiast probably doesn’t place a ton of value on technical musicianship alone. There’s no doubt that they are all excellent players, but what makes Black midi stick is their creative use of noisy effects, strange vocals, and engaging songs which culminate into an unsettling and energetic sound. The fantastic playing helps create that energy, but ultimately is just icing on the cake.

Amid the chaos, black midi can deliver beautiful melodic moments without letting up on the unsettling mood of the album. The extended bridge on “Western” is a stand out moment where Geordie Greep dampens his scrappy delivery and sings over twangy guitar. It’s one of Schlagenheim’s rare moments to breathe and appreciate a musical idea without being bombarded with madness.

Schlagenheim is a great start for black midi that does leave some room to grow. There’s no one doing what they’re doing today, but they could further distance themselves from their classic influences on future projects. They have carved out their own niche in contemporary music, and now have the opportunity to create something completely new. Schlagenheim is an exciting debut that opens the door for black midi –and any others who dare to try and match their skill — to create an adventurous new sound in contemporary music.

It’s Time To Wake Up To BEDTIMEMAGIC

by Edward Collaron The tragedy, it could be said, is not in that we will never know a clear future, it is…