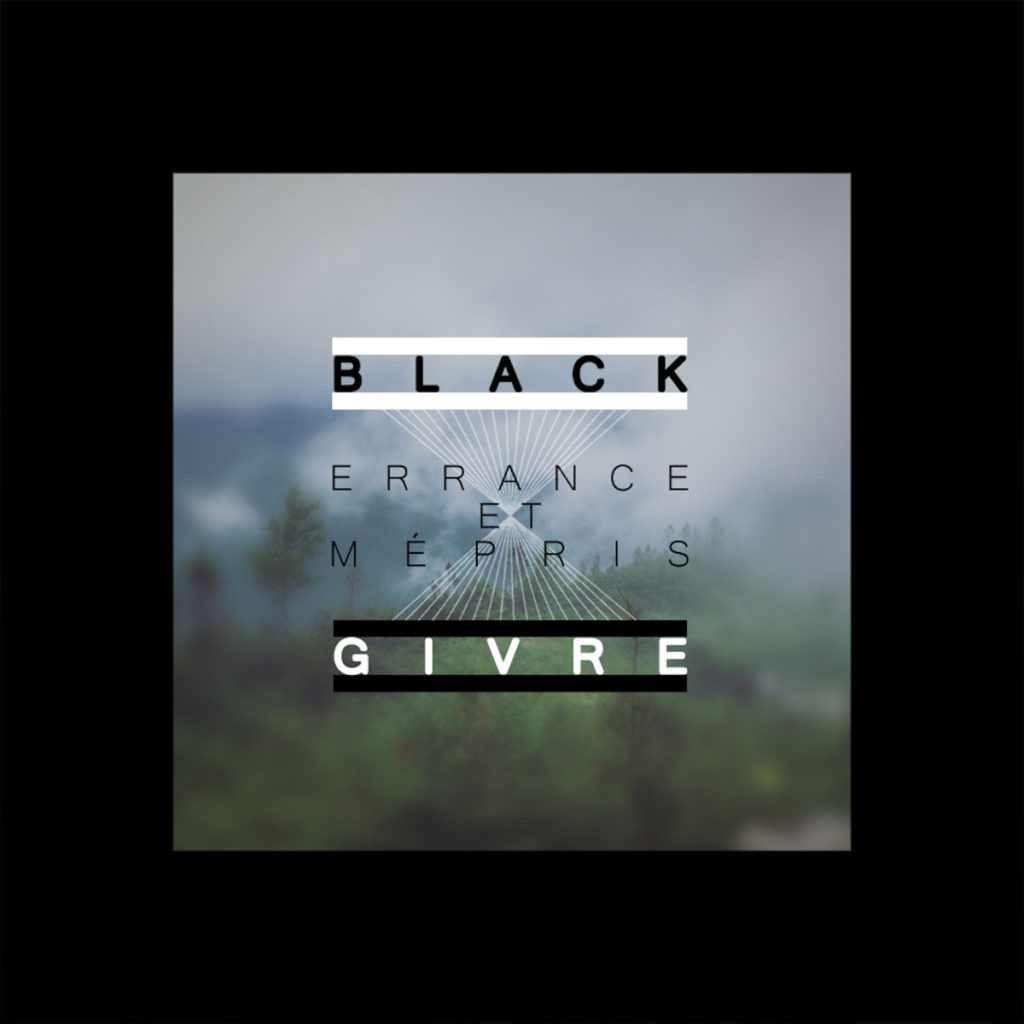 Consider Black Givre the North American cousin of Year of No Light, an atmospheric doom metal project from Bordeaux that conjured images the abyss and all-knowing Fate with its many guitars and drums. Like Year of No Light’s 2010 album Ausserwelt, Black Givre’s Errance et Mépris (Oct. 2018) is full of smoky, dark-tinged imagery and phrases of heavy import like “cet espace où les souvenirs s’entassent,” or, “the space where memories pile up,” or, track 6. (See Ausserwelt’s tracks “Perséphone” parts I and II, “Hiérophante,” and “Abbesse,” for reference.) Black Givre also dips in and out of Year of No Light’s principle of letting the sound search and expand slowly, while the complex rhythmic structure of the song is essentially put on repeat. But, of course, there are distinct differences between the albums that highlight Black Givre’s ease with subtle and well-constructed composition.

Far from the pomp and drama of atmospheric French metal, Black Givre is a multi-album symphony for “drum, sampling, field recordings, and synthesizer”. A project of Montréalais Samuel Bobony, the noise prods into more experimental domains and makes very little use of tonality and time signature. On last month’s release, the tracks either utilize the immense breadth of sound afforded by synth with expansive, probing numbers like “Cet espace…” or cloister themselves within an adroit percussive flair, like a record skipping in double-time. “Cet espace…” ends this way and we are taken into “Collision II,” one big drum kit freakout with all the wanton antirhythm of jazz and metal’s greatest. It’s a narrative composed of wide and narrow roads, and it’s paved with both the gentlest and roughest materials.

Within the epics composed by both Year of No Light and Black Givre is a hero, or perhaps more than one. After all, these are stories in a literal sense, however figurative the dimensions. Ausserwelt’s protagonist was none other than Persephone, but who is the hero of Errance et Mépris? Is it the He of track 9’s “Une danse maladroite, triste et lointaine comme son âme” (“an awkward dance, sad and distant like his soul”)? The track plays with his clumsy feet, forcing a rhythm that you can almost dance to, except it’s too fast and the band is off-tempo. Or maybe it’s just Him. It might be that He is the one full of wandering and contempt, and it is Him who spends the album colliding, piling up memories, and dancing clumsily. It’s plausible, as it is with any album, that He is the author. And you don’t need me to tell you that, after all this time, the He could, in fact, be YOU. But I hope not.

Bobony has spent a career walking a line of great subtlety, an area in which which his similar-but-not-identical contemporaries, Year of No Light, have often stumbled. Errance et Mépris is an impressive endeavor of experimental storytelling, and the result, though nuanced, is fully cohesive. Like the title of the last track, which translates to “Eyes close, sweetness, heat, darkness,” which concludes the tale in a jangle of sugary chimes and heavily-sighing synth, Errance et Mépris does not shine with all the rapture of Heaven, nor the fury of Hell. Instead, illuminated only by streetlamp, it walks slowly behind Him, watching carefully. He, however, walks alone.