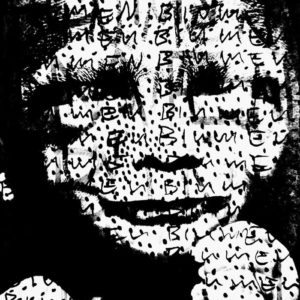 I mentioned the Binmen in a recent review. Their songs are sim-

ple. Poorly recorded, but that doesn’t distract the ear in a b-

ad way. It helps bind all the instruments together. Like they

hat tape on another machine while recording the next track.

A tried and true method for creating listenable sound.

The lyrics are simple. “The blind emperor sits on his throne t-

he clairvoyant emperor rides with me in my… stretch limousine”

all very simple. The ensemble is very loose. Effective vampire

technique. They’ll produce lots if they keep playing. Who kno-

ws? Perhaps getting it together enough to record this was a b-

They are chaffeurs for the clairvoyant emperor. That doesn’t

sound so bad to me. They don’t hate the blind emperor. They a-

re bone cruising with a clairvoyant. Freaks. It seems like th-

ey developed an effective way to deliver words. Not too serio-

us, but silly. Still saying something. Pretty words can also

be effective words. The mind loves attaching to patterns. Fre-

eflowing rumination. Play with expectations. All that jazz.

There appears to be a keyboard buried in one of the layers, a-

ear if you’re into that sort of thing. The rhythms are an int-

eresting syncretized blues waltz swing ding and, if arranged a

ominated by a grinding bass and primitive, ritual, drumming.

The guitar and organ tones are amelodic and shifting. The gui-

tar is muffled, distorted, and never precise. It gives the w-

Though a short collection of materials, it is a weird, explora-