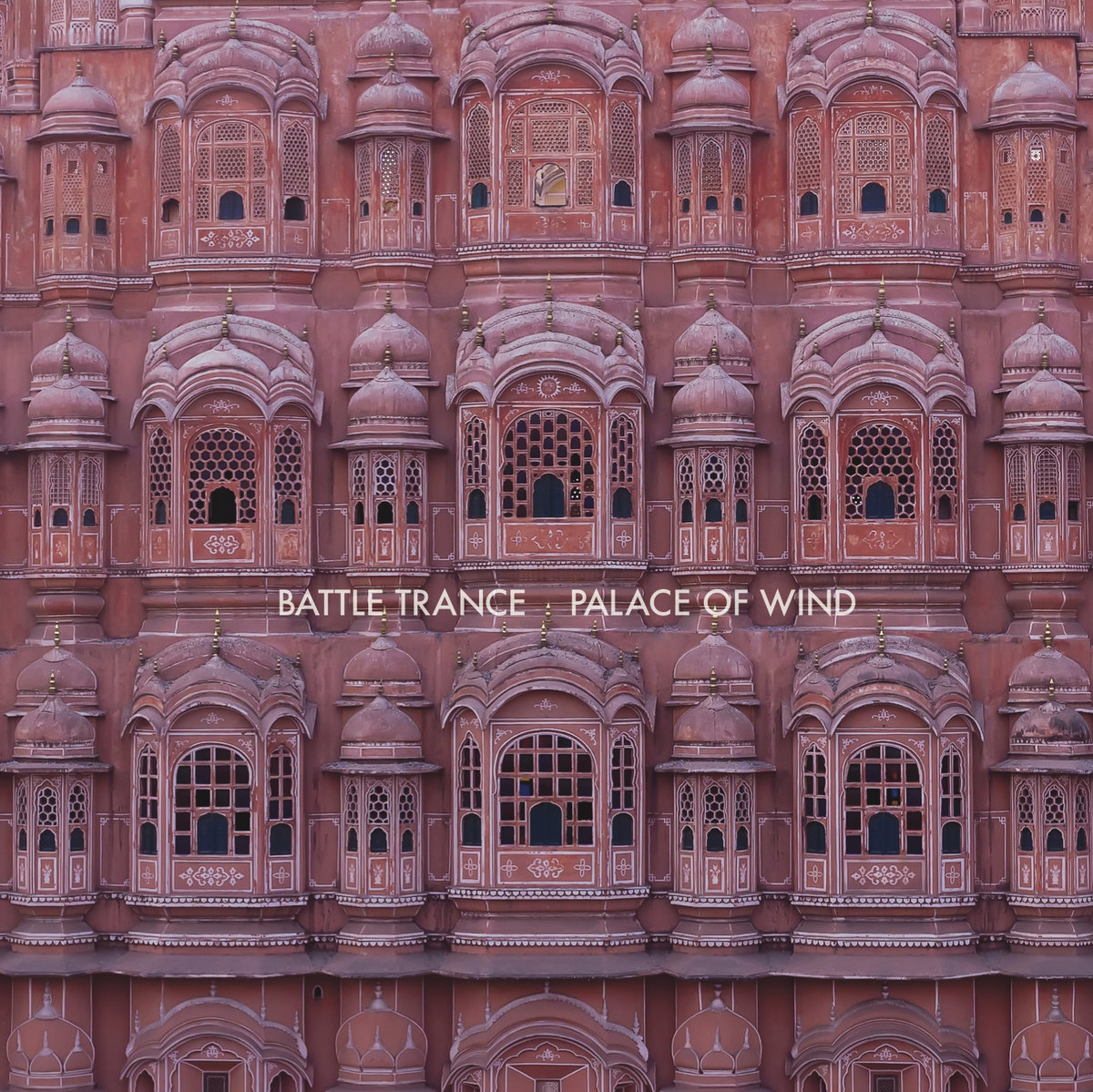 I rather enjoy the below related tale of this group’s genesis:
“Travis Laplante (Little Women, and a trio with bassist Trevor Dunn and drummer Ches Smith) literally awoke with the crystal clear vision that he needed to start an ensemble with three specific individuals: Matthew Nelson, Jeremy Viner, and Patrick Breiner. Laplante was actually unfamiliar with their work as musicians and had only a minimal relationship with them as individuals. He was also aware that a band of four tenor saxophones could be the worst idea ever. In spite of this, Laplante followed through and contacted Nelson, Viner, and Breiner. He gave them very little information beyond his morning experience But no one hesitated – the ensemble formed that evening.” – from the BATTLE TRANCE bandcamp

The saxophone has been a spector in my life for some time. Had I been listening to JOHN BUTCHER at the age of 15, maybe I’d be more likely to have a sax in my hands still. I wasn’t that good. Managed to play in a now questionable ska punk band. Throughout my teens, outside of the stray punk band briefly fanning the flame of the instrument in my mind, I wasn’t grabbing for my alto sax. I couldn’t have actually grabbed it anyway because it was broken by the end of high school, but either way. Then I started digging more deeply into jazz, and really investigating the freer end of the form. I still couldn’t come anywhere within the vicinity of  what Butcher, and MATS GUSTAFSSON, and locally STEVE NORTON, and most famously in the 2010s, COLIN STETSON, were playing; but at least I could feel where their music was coming from. All of these artists, and more, gave me the want to grab for my vintage 1999 reeds. And I actually did. My good friend Sam P. found a guy who finds, and then sells items to people, and this guy found me an alto sax. And I bought it. I would have chosen a tenor, but I’ve never really played one, so it was alto all the way. Anyway, I played it for a while, badly. I never forgot how to play though. And then the sax was stolen from the Whitehaus. The carrying case remained, but someone walked off with the instrument.

Long story short, BATTLE TRANCE (NYC) makes me want to get a hold of another saxophone. Pronto!

NNA TAPES released BATTLE TRANCE’s first record, PALACE OF WIND, in August, and it is a stunner. A stone cold stunner. Straight to the canvas. 4 tenor saxophones. Madness, and beauty expressed via depth of saxophone that has rarely ever been imagined. All of the aforementioned major sax players have stretched at the boundaries of what the familiar instrument is, can be, and might be able to be. I’ve never quite heard that done by an ONLY saxophone ensemble before though. The timbre of the instrument can be so rich when the right person is acting upon it. And here we have four of the right people, and together they conjure an incredibly rich tapestry woven from the broad spectrum of sounds at their disposal.

Travis Laplante leads the way through what truly feels like a mystical experience. Indeed:
“Since many of the techniques used in the piece are nearly impossible to notate in traditional form, Palace of Wind was transmitted via the oral tradition. The rehearsals were much like martial arts training: intricate sounds were rigorously copied and repeated by the ensemble members until they perfected the techniques. Many hours were spent building the sheer strength required to sustain continuous circular breathing for extended periods. Likewise, a steady focus on physicality was required to repeat rapid note patterns for long periods without sacrificing speed. Palace of Wind is such a demanding composition that there is a high risk of physically burning out before the piece concludes, as once it begins there is no opportunity for rest or even a quick drink of water. There was also extensive training in dissolving the distinct individual identities of the players into the greater collective sound: The band did various long-tone exercises, similar to group meditation, the purpose being to blend together into one sound, so that the origin of the collective sound’s components is completely impossible to discern – even by the members of the ensemble.” – from the BATTLE TRANCE bandcamp

I’m not generally fascinated by the stories behind the making of contemporary albums, but then again, not many albums seem to be made as PALACE OF WIND was made. The reasoning, and the evidence is in the product. The results are engrossing, offering up that rare, fleeting sonic world for getting lost in. Chords, unsettling chords, chords created as the collection of reeds vibrates. Vibrates. Vibrates away from known notions of what I know about Adolphe Sax’s creation. Extended technique brought forth by the heralded few is delivered as part of a cohesive whole that also includes melodic forwardness, and the most debased skronk that one can summon. The culmination of “Palace of Wind II” so amazingly elicits the feeling of slowly spinning out of control; is so increasingly dizzying (gradually) over  a matter of several minutes. I fear that it may cause falling in some of the less equilibrium gifted among us. More beautiful, uplifting, and madness filled compositions I have not heard all year. It took me a while to write about this, but wow. Now about bringing them up to Boston…