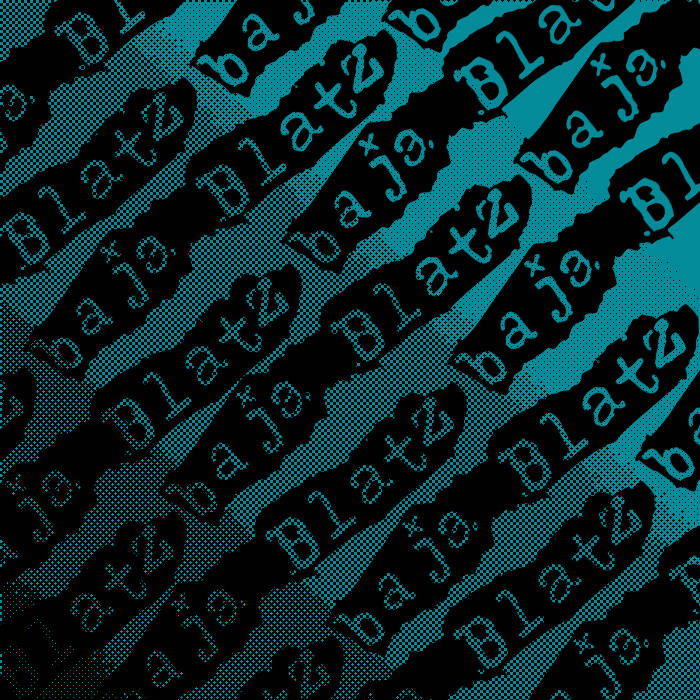 “A Boston punk band with an expiration date”. The fandom was doomed from the get-go.

BAJA BLATZ released their self-titled cassette last year and its rare and coveted existence is demonstrative of a couple of things. Firstly, that “scene” adherents will, can, and should move between music projects without feeling obliged to cater artistic ingenuity to a transient audience under a single name.  Moreover, Baja Blatz (whose members are part of other local bands, including PEEPLE WATCHIN’ and PHANTOM RIDES) reinforce Boston punk’s love for the here-and-now, which maintains an intimate but short-lived fan base. It makes the whole thing all the more special.
In terms of the music itself, well, by all accounts it is punk as America intended punk to be. Quick. To the point. Brutal, crass, angry, fun, provocative. Check their prescient introduction to the tape, entitled “Hibernation”. Front woman Jennifer McMahon sings, “Winter is a cage and you can’t party in a cage”, and I think it’s fair to say that Boston’s angsty artists are consistently disturbed by gloomy weather and the lackadaisical culture of drinking, sleeping and incoherent moaning (truth be told). Certainly this breeds behavior that seems far from acceptable, and the Blatz address the familiar guise of oppression as it manifests on a local scale; whether that takes the form of sexual harassment on the streets or “Joe Sly,” an apparent reference to law enforcement frequently posing online—with the chum caliber of a young Michael Caine—as passively interested show-goers, in order to shut down house shows.

In a song like “Tonight Tonight”, the band break barriers between Oi!, riot grrrl, pop-punk, hardcore, and R.E.M.’s “(Don’t Go Back To) Rockville”. Jen’s vocals have a unique snarl, though quite reminiscent of a 1977 South London bar-scene, and her endless frustration spews forth through lines like, “They’ve all been growing up / Now I feel like throwing up”. I must say though, the record is really driven by the energetic guitar-work of Peeple Watchin’s Sadie who seems to be front and center of every song – pushing each hook, riff and palm muted progression to its limit. The pace of the band follows queues seemingly set by Sadie, and Jen’s spitfire lyrics complement the style beautifully. What’s more, the rhythm work by Chris and Emily is dynamically invigorating and reassuringly tight, proving beyond reasonable doubt that the project was a short but sweet success.

You can still buy the digital record on their bandcamp or hope that your local record store still has a cassette stashed away. But I wouldn’t hold your breath!