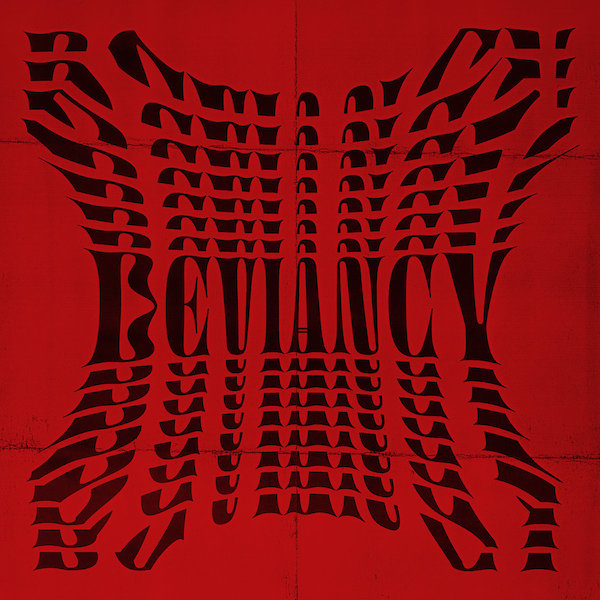 On DEVIANCY Backxwash let’s loose songs like spells: witchcraft and queerness in a perfect ‘unholy’ union. This album is filled with witch-hop anthems that deal with race, sexuality, and gender.

Pure trans rage spills forth out of every corner: from the hard as fuck flow, to the lyricism, to the dark, gritty production that looms behind every track. The album is heavy and sullen yet listens with an urgency that cannot be ignored. The production too is incredible and cohesive between the three separate producers, Backxwash, Flying Fisher, and SurgeryHead respectively. DEVIANCY is queer witch-hop at it’s finest. Brooding without being excessive, this album gives us brief moments of warmth.

DEVIANCY goes hard right out the gate, the hell and feminism channelling opener “DON’T COME TO THE WOODS” pumps out menacing bass beneath the fast-paced tributes to Medusa, witchcraft, and being the “Baphomet of this faggot shit.” This is a bar so sick that it inspires me, and that’s just the start of incredible lyricism. This is as true for harder-hitting tracks as it is for the rare moments where we see Backxwash’s more vulnerable side.

It’s this interplay between vulnerability and strength that makes this album so intense, beautiful, and heartfelt. As a queer trans woman, Backxwash needs the grit felt throughout the early tracks – but that fury is not all she is. DEVIANCY reminds us that, while anger is necessary, there is more to queer existence than needing to be strong in the face of oppression. So when the production softens with Backxwash and SurgeryHead’s lighter instrumental interlude, when we hear the warm vocals and beautiful production on “YOU LIKE MY BODY THE WAY IT IS,” we feel moments of softness and warmth present in Backxwash’s life. These moments exist in spite of a world against her, in spite of her own internalized hatred, fear, and dysphoria, these are the moments that make all the pain and rage worth it.

By containing this softness in the last few tracks, DEVIANCY becomes a journey. Each song peels back another layer of who they are as a person and dives deeper and deeper through the strength necessary to live life as a trans woman of color. The strength needed to get through the pain until you find some love and warmth within the struggle. Until you find the ability to be loved for who you are, even when it’s hard to love yourself. Until you are able to live life as who you are, not who others want you to be.

The last track, “BURN ME AT THE STAKE,” pulls us out from that moment of warmth, into a song with two middle fingers up telling the world to fuck off. This track ties together the witch vibes with the trans experience until they become one. We see Backxwash tied to a stake by the world: burning her alive for being trans as they would a witch. It’s not as heavy as the first tracks, there’s a remnant of the tenderness in the previous song. She gives her aggressors a final fuck you, this tenderness now laid bare. The world’s archaic views are put into perspective, and then the album is done. Burnt at the stake. We are all that’s left in its wake, listeners imbued with the power of the album. Black trans women fought for our rights, when will we fight for theirs?