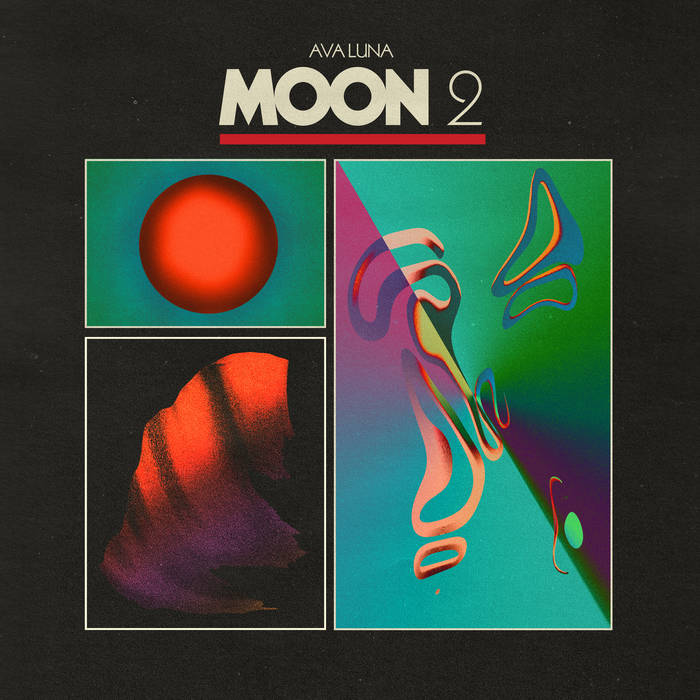 Ava Luna’s new electro-funk album, Moon 2, has a sound that differs from their previous album, Infinite House, in a way that can only be described with one word; idiosyncratic. The synth and vocals juxtapose each other in a way that feels like they shouldn’t be together at all. But somehow the band’s musicians, Carlos Hernandez, Felicia Douglass, Ethan Brassford, Julian Fader and Becca Kauffman, make it work. Each of these artists contribute to the groups original sound with various influences; indie-pop, funk, R&B, and electronic. They come together with their intersecting ideals and sounds to form their sixth album, despite each of the artists working on various projects of their own.

Discovering that the band wrote the album during a trip to the Massachusetts shore while a blizzard raged on exemplifies the feeling you get when you listen to it. It’s slightly spooky and isolating which you get from the sporadic melodies and beats that fade in and out. However, the underlying vocals hold the most weight, they force these independent sounds to fuse and form into a turbulent but understood rhythm. Although the songs can seem random, someone truly listening can identify the various conversations and emotions the Brooklyn band muse on.

Their single, “Deli Run,” (my personal favorite), is airy but slightly deeper than an everyday errand, “If I go for a deli run will you roll with me?/ Had the best weekend with everyone without you/ Shoulda gone with it”. These lyrics close out the song and leave you with a feeling of discontent and uncertainty of this relationship and any one-sided relationship where a person feels alone.

Moon 2 is cohesive despite its seemed scatterbrained lyrics, most songs reflect similar connotations to the single; sitting in your apartment with the window cracked and hearing the cars, being at a party and hearing the intermingling conversations but not engaging with them. It feels familiar but new, like each song is a testimony to each of the band member’s experiences but built upon each other. This makes sense considering the band members recorded the album by having a solo member or a small group start a track or melody then leave it for others to finish. The noise is an invention and coordinated decision in an attempt to create a landscape and a visceral reaction; and it works.

Songs like “Centerline” (their biggest hit) and “Moon 2,” show their almost molecular and very impressive range. “Centerline” even has the lyrical quality of a hit, “Bonded to our pride/ How can we expect a harmony/ Safe to confide?”. The contemplation that flows from this song is brutally honest, and the synthesizers are are even heavier, but in the best way.

“Moon 2” takes a softer, more celestial approach. The sound feels like it’s floating in space melodically but jumping from planet to planet lyrically. The lyrics remind me of fleeting thoughts and feelings that hit you when you’re late walking out the door or when you’re trying to fall asleep. The concluding lyrics, “What was I saying imma get to it/ I’m in this for me/ Are you mad/ Cuz this is just the start,” puts the song and really the whole album into perspective. It touches on the evanescence of young adulthood and finding your worth, even if it’s unorthodox.

I didn’t expect Moon 2 to be an album that would get stuck in my head or would have me nerding out when learning about its creation; but its unique energy and consistent inconsistency truly showcases all the complexities that the universe (and Ava Luna) has to offer.