Siamese Twins are a 5 piece “Goth Twee” band with members based all over the world. A new 2 song tape was just released and is a must own. Here is an interview with the bands bassist, Jaime Jones.

Jaime Jones: I’m Jamie. I play bass. I also do the band art and some songwriting.

2) You just released a 2 song cassette, anything else in the works?

(JJ): Nothing in the works right now. Part of the charm of this band for me is that there is no pressure to work on new material but the outlet is always there when an idea for a song comes up. We take a lot of long breaks between everything we do since we’re so spread out but in my opinion that keeps the band alive. When someone has an idea and wants to either work on new songs or play a couple shows it’s exciting for all of us to get together 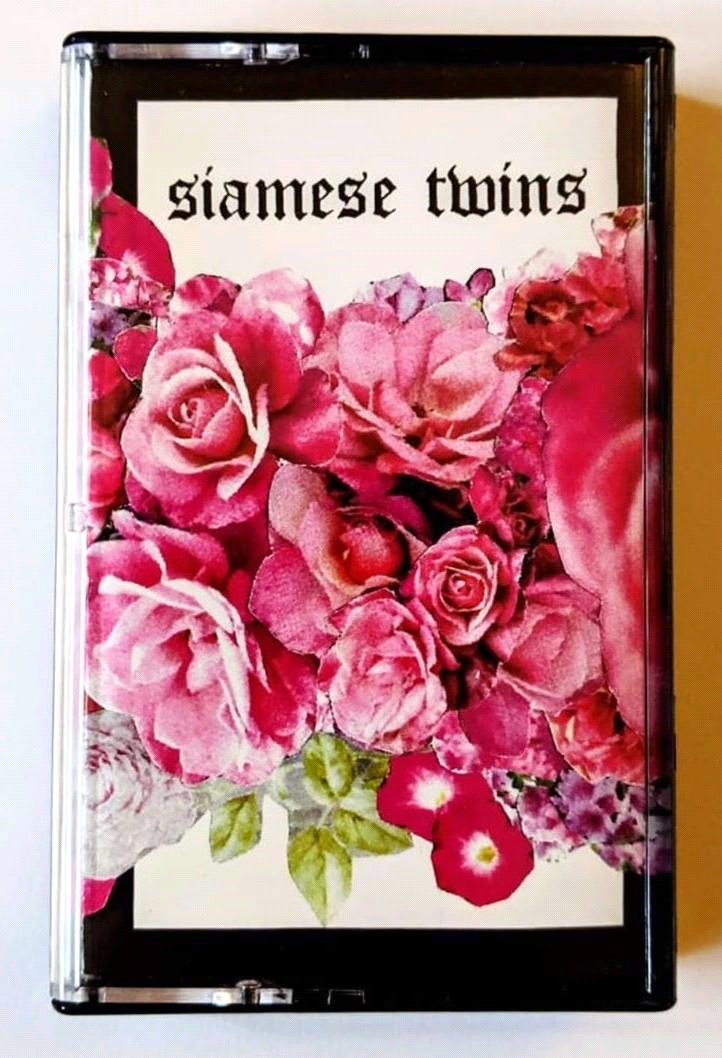 (JJ): Originally we started out between Boston and western Massachusetts, Liz and I were living in Boston and Meghan in western Mass. Then Liz moved to Chicago so we were divided between three places. We played a couple shows in that time with our friend Paul Henry (Limpwrist, Exit Order, etc) on drums. Then we had a long break before we decided to play a few shows in California. By that time Paul was pretty busy with all his other bands so we got our friend Alex (originally from Australia but now living in Boston) to play drums and since we were going to California we figured why not have our good friend Jasmine play second guitar since she was living in Oakland and we would have hung out with her the entire time anyway! So when the five of us all got out there it just clicked and we all really got along. That became the new lineup and we were split between four places. Shortly after that we did a short east coast tour, then Liz announced she was going to move to Sweden. So I got in touch with her about a few songs I had been sitting on for awhile. We decided to all get together and record before she moved since we didn’t know how long it’d be before we’d see each other again. That brings us to the two song cassette we just put out. This was the first time we recorded as a five piece.

Generally one of us will write a song on either bass or guitar or even just a keyboard part and then bring it to the rest of the band when we get together to record. Sometimes we’ll send a song in advance so everyone else can learn it or get a feel for it. With this recording, Alex and I were able to get together a bunch to practice bass and drum parts. And Meghan was able to join us a few times on keyboard. I think we sent a rough recording of that to Liz and Jasmine. When we got together we spent a few days practicing and writing in the remaining instruments and vocals. Then record it. Sometimes we’re still coming up with parts as it’s being recorded. It’s kind of great because we have to completely submerge ourselves in the songs since we’re only together for a short time. Every time we’ve recorded we all take a week off and stay in the same house together and just work. Luckily we have the privilege of staying and recording everything at Meghan and Will’s place, Dead Air Studios. Will has done all of our recordings so far and he does an awesome job and is incredibly patient with us!

4) All of you have experience playing in different bands currently and in the past, does that make being in Siamese Twins easier?

(JJ): I think the more experience you have definitely makes it’s easier. Everyone brings something to the table so things run smoothly. When we get together it takes a lot of planning, whether it’s recording or playing shows. There’s been times I’ve panicked about forgetting to do something but someone else is already on it. Everybody picks up the slack so you feel confident that things will get done and meet a certain standard. I feel like not only does a band run on the work and reputation it’s created but also the collective knowledge and experience that everyone in the band has learned through trial and error along the way. I didn’t know much about being in a band when I started out but I paid attention and learned a lot through all the different experiences. That still doesn’t mean that there isn’t a lot more to learn but add that to what everyone else has learned over the years, it makes the decision process easier and you’re less likely to make obvious mistakes so the band is already off to good start.

5) How would you describe your sound? I have heard everything from Shoe Gaze to Dream Pop to Girl Group Rock to Punk, let’s label it!

(JJ): Someone recently described us as “goth twee” and I thought that sounded nice. We probably sit more in an indie or new wave category but everyone in the band has a punk background so it’s confusing where to put us. To be honest I’ve never really been into genres. If you like it you like it and if you don’t you don’t! Just because something is of a certain genre doesn’t mean it’ll be good or bad. I suppose it’s nice if you’re in the mood for a specific thing to have a label for it, but I’ve always been attracted to so many types of music I’ve never focused on any certain category for too long. I admire when people are extremely knowledgeable about one or two types of music but I just can’t resist the big world of music out there so I’m all over the place. If I had to define it I guess goth pop was what our original intentions were. 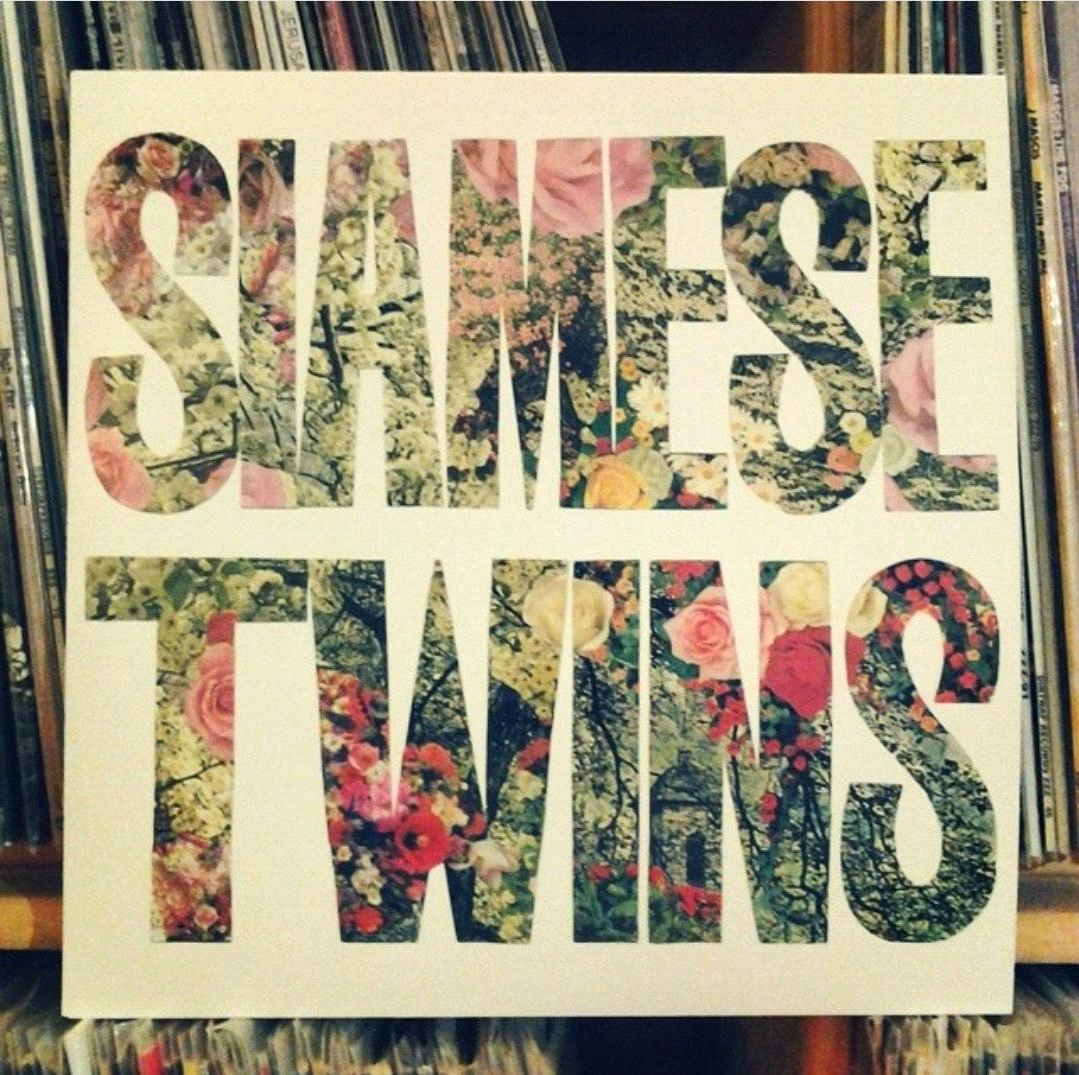 6) Any plans to play live/tour in the future?

(JJ): Now that Liz lives in Sweden, we’ve played with the idea of doing a few Scandinavian shows but we’ll see! Nothing is being planned yet so it might be awhile.

7) You guys made a music video for ” Submission”, how was that experience?

(JJ): Really fun! My friend Hannah and her friend Rachel set that up for us and they did a great job, especially with the set. I must admit I’m not much of an on camera type of person so it was a little weird at first but I love working on projects with creative people. It’s cool when you can get together with friends and film a video or write some songs rather than just sit around. It’s really inspiring to see other people’s vision and possibly open yourself up to a new perspective on art or music or whatever else it might be. Also after we were done we got to eat all the cake that was used in the video shoot. Well at least what was left of them after we stabbed ’em all haha!

8) The band has released a couple of tapes, a 7″ep and an LP, which format do you prefer?

(JJ): I always love LPs as far as listening to a format and also there is a greater feeling of accomplishment putting out an LP. Having an LP out makes it feel more legitimate and I think also reaches more people. But I also think sometimes there’s nothing better than putting out a cassette because it feels like less pressure so you can just have fun with it. I have really enjoyed all the releases we’ve worked on so far though. Every one of them brings me back to a certain point I was at creatively and it’s fun to reminisce.

9) What would a dream lineup look like at a Siamese Twins show?

(JJ): Haha well if you ask me… The Cure would definitely be involved. And Strawberry Switchblade too. As a band I think we’d all love to play more shows with The Guests from Philly, although they may be on hiatus at the moment.

(JJ): At this point in my life I can’t waste time on put downs. Shout out to all the fans and friends who have been able to hold their interest in the slowest moving band of all time! Since we don’t really belong to any scene and we’re not really out there playing shows, I feel like the people who find us have a genuine appreciation for it and that means the world to me. 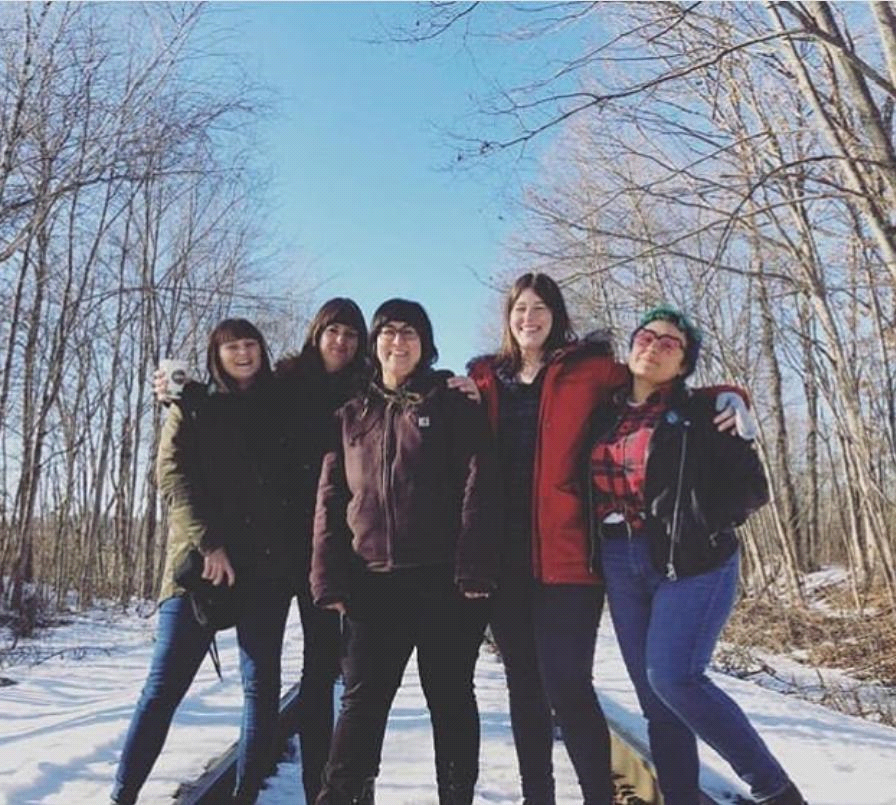 Watch GET INTO IT! https://www.youtube.com/GETINTOITwithJasonHook