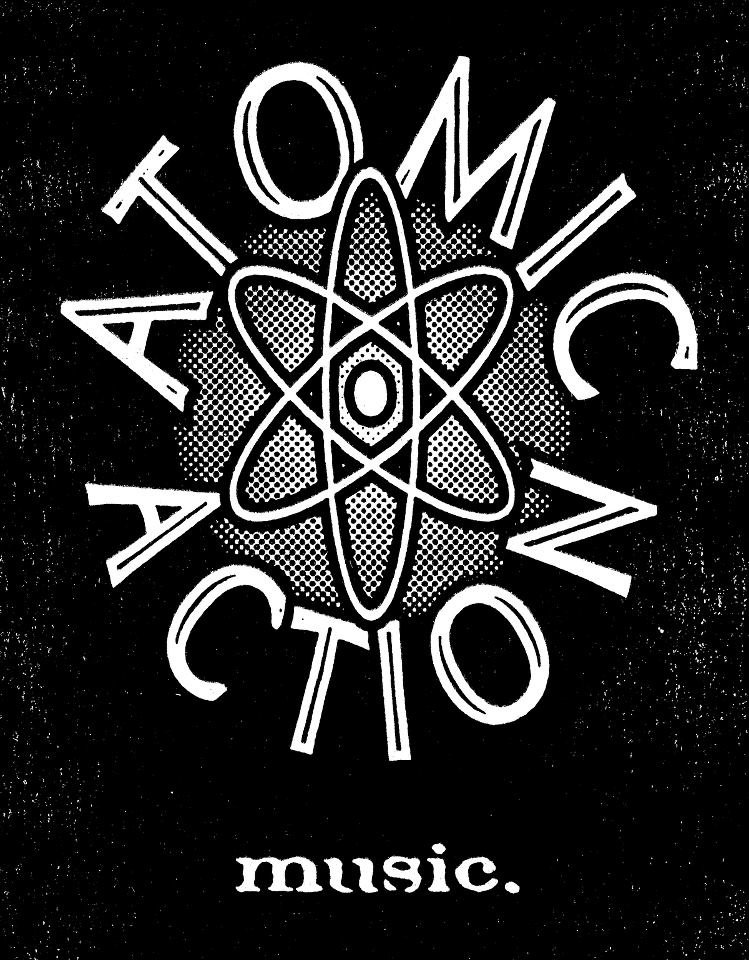 Atomic Action is a label out of Rhode Island. In the past year they have released some absolute facemelting killers. This is an interview with Brian Simmons, the man at the helm.

My name is Brian and I put out records and promote shows in my spare time. I have an organic farm and do my best to be a parent.

2) Atomic Action has been around for awhile with a stretch of inactivity from the late 90’s till the early 2010’s, what sparked interest in doing a label again?

I never intentionally stopped, my label was involved with The Lumberjack Distributor mess of the late 90’s/early 00’s which left me losing money and back catalog. I also took over a farm at the same time. Ironically, it was through the farm I met Jim Connolly from Soul Control. He worked at farmers markets for a coffee roaster and we would talk. Then Dean Forsythe Raindance/V-Sect/Woundman started working on the farm. At one point I think we had most of Raindance working on the farm. This lead to lots of talking. I had wanted to do a compilation of older RI stuff from the 80’s and had the idea to release “RIX 84-86” along with a new comp of current bands. I had been harassing Jim Connolly about having both Soul Control and Sweet Jesus on it but we couldn’t make it work so he offered up a new band he was working on called Fucking Invincible. We got out that comp “You Can’t Kill Me…” even though FI wasn’t going to be a real band I convinced them to let me do a 7″. We got “Very Negative ” out later the same year then Fucking Invincible turned into a real band that played out constantly and went out on short tours and I just went along with everything I could. Working with Jim Connolly and Dean Forsythe really got me in way deeper than I ever thought I would be again. 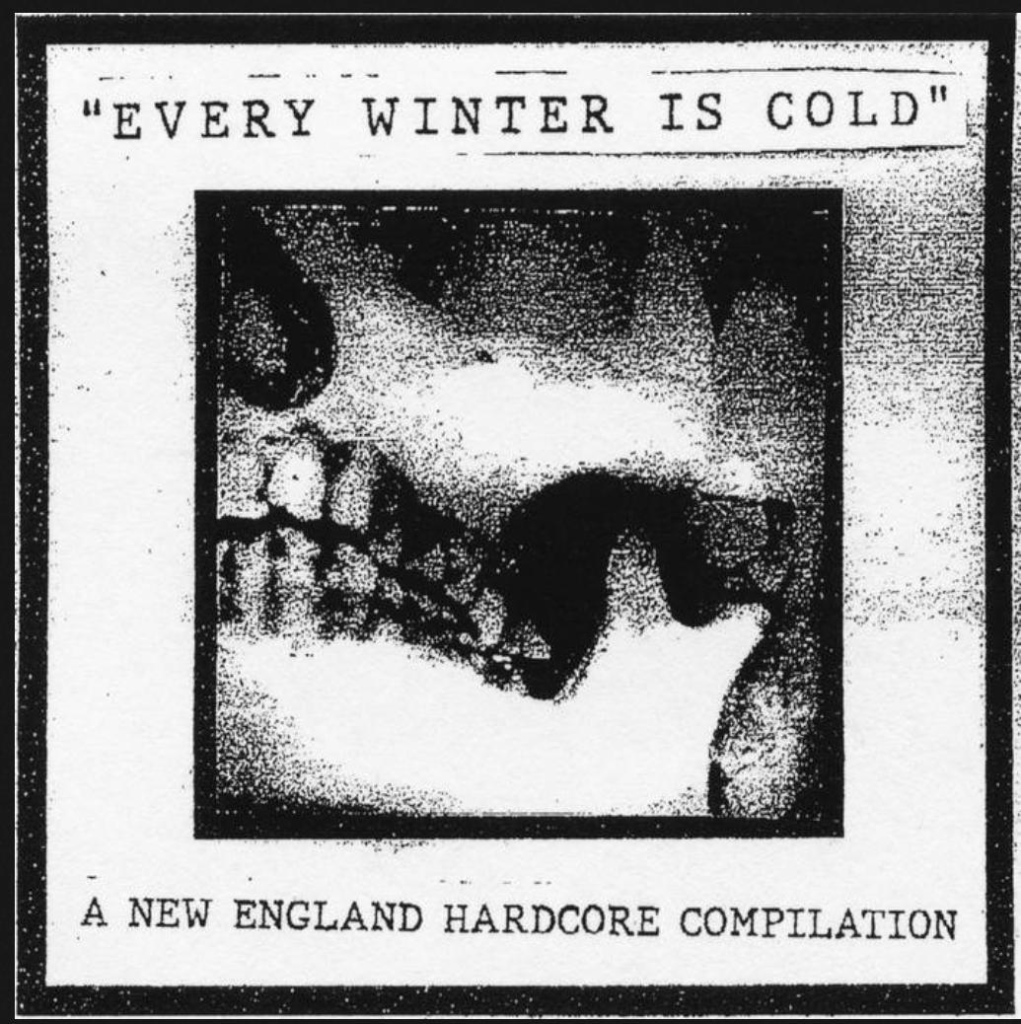 4) This past year you released “Every Winter is Cold (A New England Hardcore Compilation)”, what was it like putting that together? Along with that comp and the Brother 7″, Wound Man/RJC split and the Hell Bent LP, you put out some real facemelters, how great is the Northeast scene right now?

I wanted comps to be a community project and this really was. Dean Forsythe did the artwork and came up with the name. Trevor Vaughan recorded a lot of the bands, played in a couple, brought in Martin from All Chrome and Voices Forming Weapons with Spring Tide and compiled the order. Comps are always tough…Trying to organize 18 bands and recording is not easy for anyone but being involved with so many new young bands was great. Also having Dropdead on it was a huge deal just because I’ve known them so long. Overall putting out comps is a nightmare but I will always do it. They’re important snapshots of time and can be big influences on people. I found a lot of bands because of “Flex Your Head”, “Boston Not LA” but “Cleanse The Bacteria” and “Peace” comps really opened the world to me and got me looking for more bands internationally. Getting the Brother 7″ out was such a big deal, Heather is an incredible person with so much to say. The RJC / Woundman split is one of my favorite releases ever aesthetically and musically it’s everything I could want from a record.

5) In 2019 do you find that the younger generation is less interested in tangible media, if so, how much does that suck?

It’s tough because I’m only getting older. I still love vinyl; I love it for the sound but also for the packaging. Music is art – songs should flow together, artwork should reflect the feel of the music and lyrics are so important. I appreciate the convenience of digital, obviously, but everything else about it sucks, it’s a huge disconnect from the whole idea of hardcore. So many of the bands I like, I stumbled on – buying records I hadn’t heard but maybe were recommended or read a review for. It’s tough but time goes on, things change, it’s the music that’s important and that’s what I’ll always want to support, whatever means that might be. So stream your music but that doesn’t support the band, go out see the music buy some merchandise, that’s what the bands need. 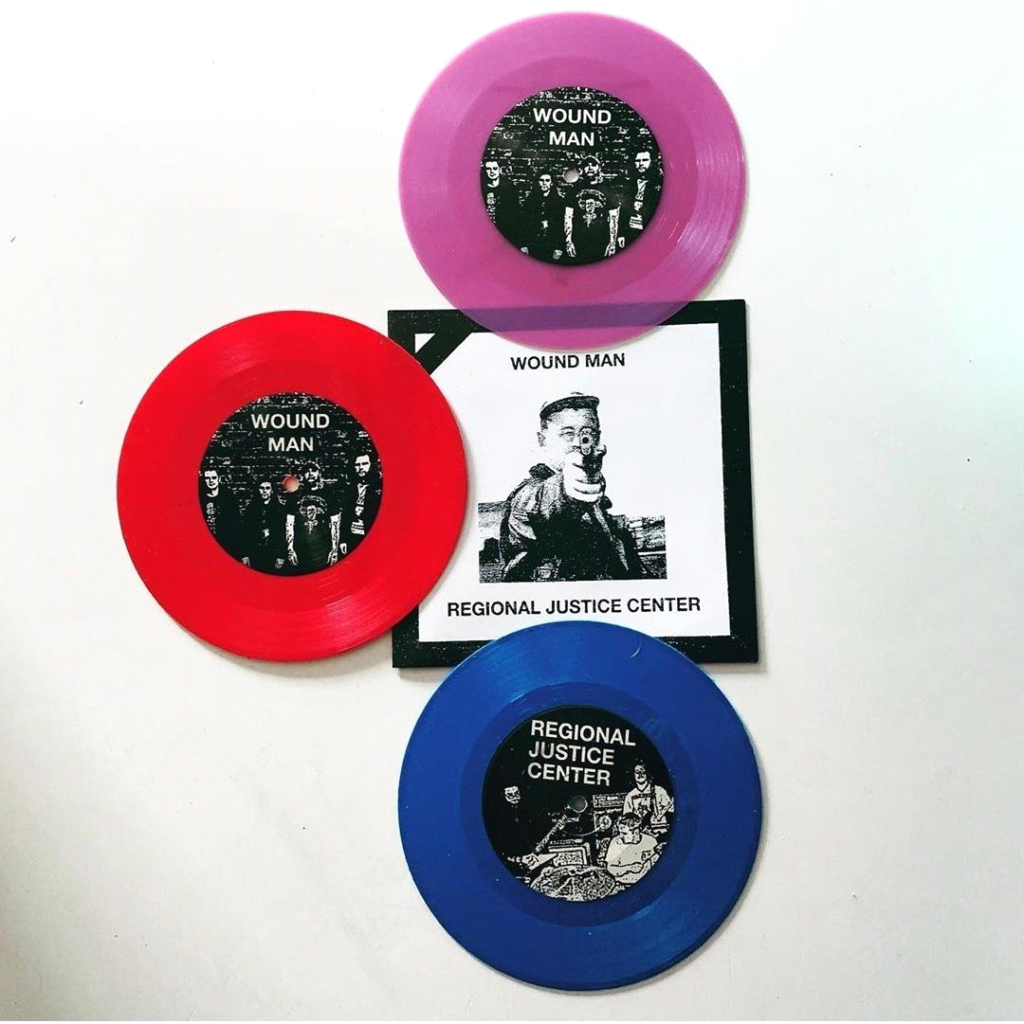 6) You run a farm, how do you balance running a label and booking shows while maintaining the business?

Dylan Walker from Full of Hell just asked me the same thing, I said I don’t, something always suffers but having good people around me (Karla & Trevor plus Brendon, Aidan and Al!) that support what I do and are willing to work for me when I want to head off for a couple weeks or just leave early for a show. Let’s face it, technology helps, with a cell phone I can do almost anything while working. I also work from home so I can run in and check on stuff or get somebody something. Also just working 7 days a week, 13-14 hours a day helps. It’s all about motivation, music is still very important and motivating to me.

7) Your children seem to be interested in music, was that a natural progression or did you kind of nudge them in a certain direction?

Definitely both – I supported the direction they seem to go naturally. Their tastes differ from each other as much as they do from mine but plenty of crossover between us all. They’ve grown up with bands staying at our house, visiting people from bands, boxes of records everywhere and too many stories. Music has been such a positive influence on my life, I hope it has been on their life too. Especially hardcore, that also requires involvement, which is so important. Brendon’s artwork – he’s done covers for Sweet Jesus LP and the new Antagonize LP along with tons of shirts and flyers is as important as his bands he’s been in (V-Sect/Immortal War). Alex’s love of Anxious and One Step Closer is very cool and Aidan starting to do their own artwork for flyers. It’s very cool to have them all involved with music it’s nothing but a positive thing.

Jeez, so many over the years one of the first Bad Brians reunion shows in 1986 was fucking amazing, a memory I hope I will never lose I still have scars from that show. Doing a show in Newport with Soul Side, Swiz and American Standard in Newport in 1988 and getting kicked out of the club because Livingston Taylor (younger brother of James Taylor) was playing same club that night and was disgusted about what he saw going on and threatening the club with cancelling his set later that night so they shut off the PA on Swiz. Swiz kept playing with Shawn Brown screaming lyrics then throwing the mic at the sound man hitting him in the head. Roger Miret walking out on a sold out show at Lupos three songs in to an Agnostic Front set but I still had to pay them their full amount. Bob from Dropdead getting into it with Seth Putnam from AC. It’s always exciting. 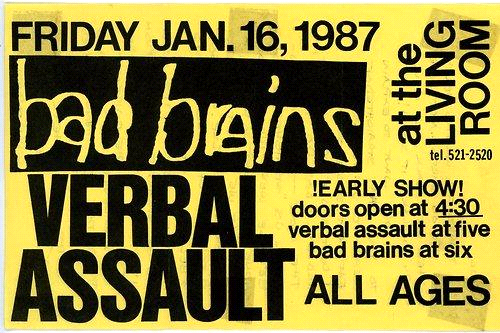 9) What’s comin up for Atomic Action?

Lots happening in this order: Therapy from San Diego 7″, Pummel from Boston 7″, Beyond Pain from LA split 7″, Devils Den from KC LP, a big Alone In A Crowd re-issue and lots of Verbal Assault in 2020.

Again a big thanks to the people who support me Karla Simmons and Trevor Vaughan are amazing. Brendon, Aidan and Alex too. Jim Connolly for being the best person to help me get back on track with rebooting the label and letting me be involved with Fucking Invincible and Sweet Jesus. Matt from Pummel for being one of the coolest and hardest working people in hardcore in New England right now. Nick Townsend from Townsend Mastering (and Deadbeat and Fireburn) for his friendship, support and talent.  Everyone who is patient with me, I know its not easy but I appreciate it.

Final words are simple and sorry for the bad pun but all of this is “More Than Music”, the friendships I’ve made over the years are some of the deepest and most meaningful friendships I have. The “hardcore scene” is just a catalyst, the styles are varied but it’s the people that matter, all our work we do together is what matters. 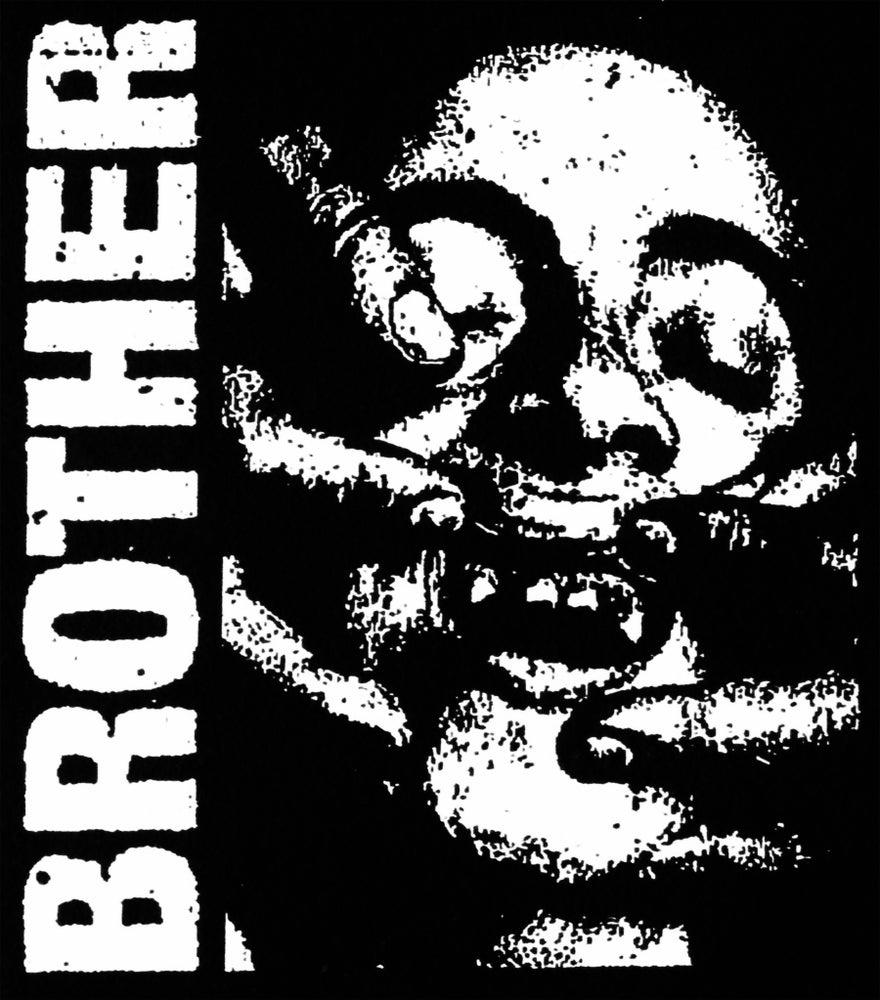 Watch GET INTO IT!:
https://www.youtube.com/GETINTOITwithJasonHook