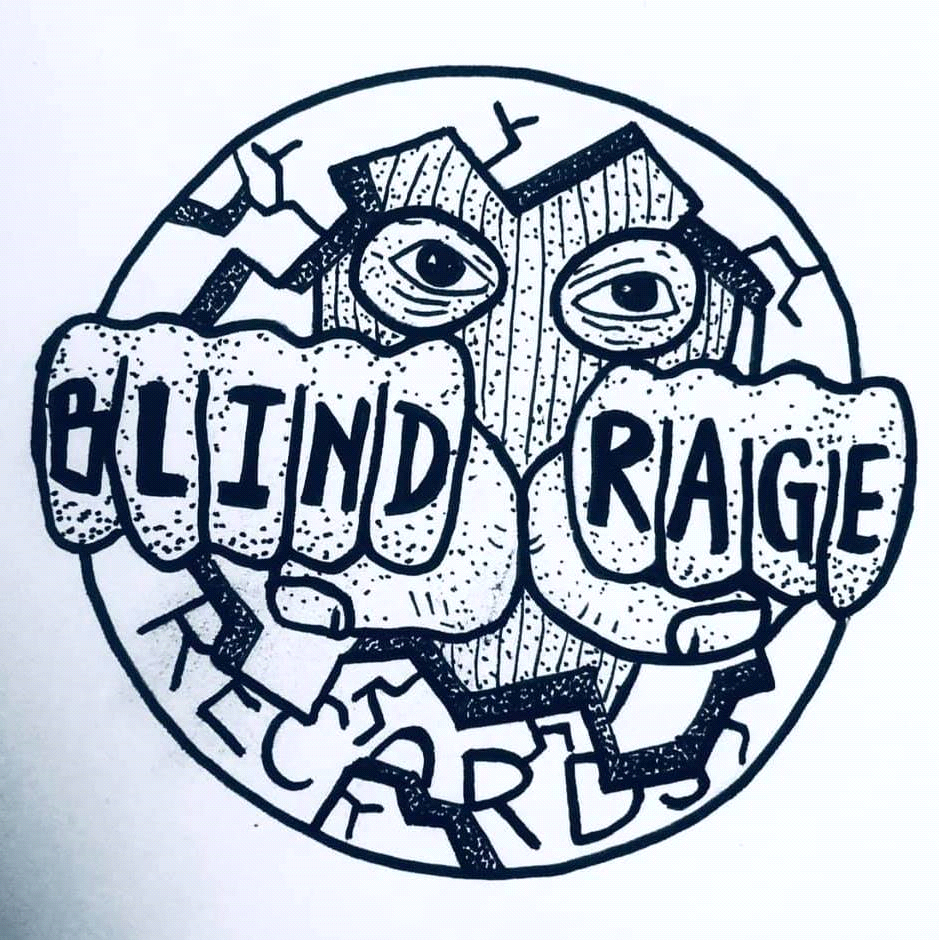 Blind Rage is a label based out of Dayton Ohio. They have been releasing some really great hardcore in the short time they have been active. This in an interview with 1/2 of the genius team behind Blind Rage.

My name is James, I’m the vocal part of Blind Rage Records and the guy that does all the boring legwork for the label. My partner in crime is my bandmate and best friend Jim who serves as the voice of reason to varying degrees of success.

2) In 2019, how important is tangible, physical media? Also, you make killer merch, who comes up with the designs?

First of all thanks, we aim to just make things we’d personally want to wear. A lot of it comes from me just messing around with my computer or sketch book and then Jim going “Yo, that’s sick, put it on a shirt”. The recent Life Force designs were made in collaboration with the band. The new GEL wear is all on them, but I fully condone any of the shenanigans they’re up to. Pains me to say but in 2019 I don’t think the masses really care about physical media. I have a lot of friends that will tell me how good a release is when I know damn well they didn’t buy it. We leave digital releases up to the bands themselves and if they make a few bucks great. 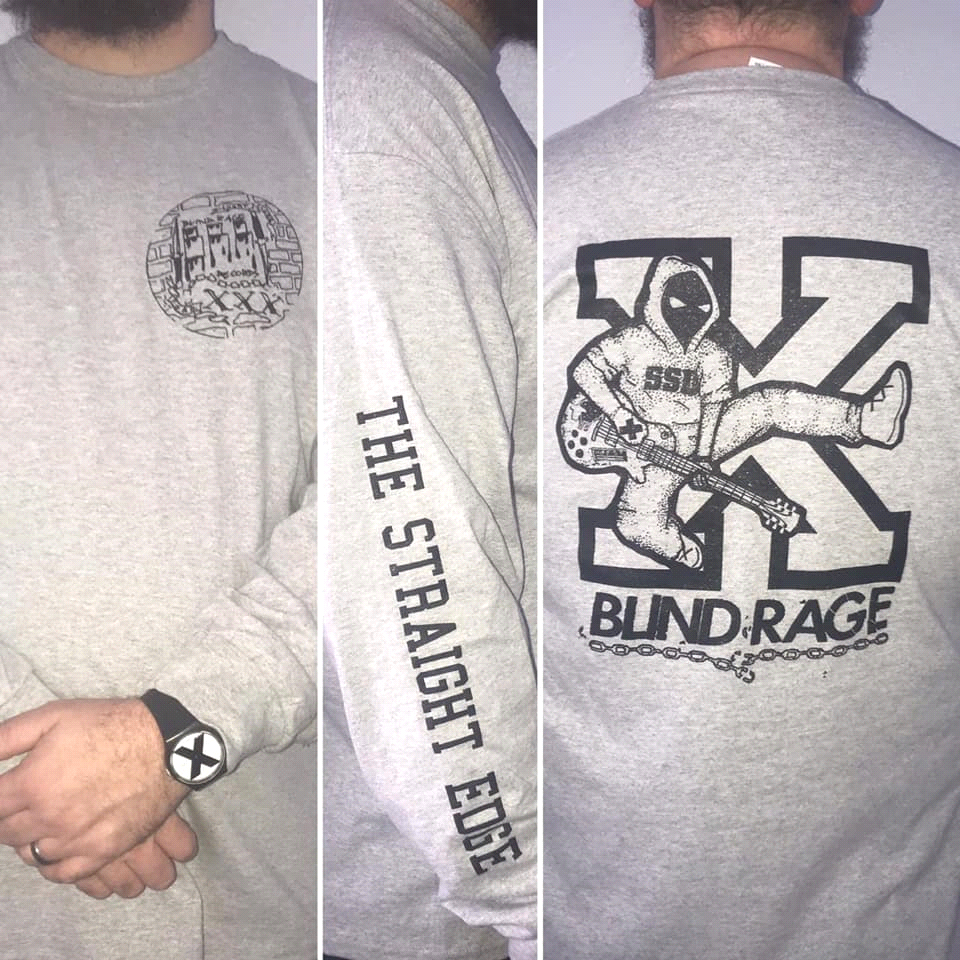 3) How many bands are you currently in?

Haha, that’s a tricky question. If you ask Ravi (XpaddingtonX) I’m in like 30 bands. That’s a wild exaggeration. I’ve played in the black metal band, Altars for the past 17 years almost. I drum in Conform and XpaddingtonX, and every few years I play the occasional show fronting Cold Sore.

4) How do you balance Fatherhood, work and boring real life responsibilities while running a label and playing in bands?

Much easier question, I have the support of an incredible spouse and our children. The shows we play are pretty sporadic so it’s fairly easy to schedule them into our lives. My life is definitely full of real life responsibilities, but mostly just playing taxi driver to our kids. The label should probably take up more of my time, but I’m historically kind of a slacker and I probably show that more than I should as a “responsible business owner”.

Ohio’s scene is an ebb and flow. Every couple of years there is a new crop of kids that do exciting stuff, then they move away or move on with life. We have some veterans that still throw down though. Notable bands for me would be Treason (Cincinnati HC), Body Farm (Mid-Ohio PV), Xanny Stars (Clevo Power Pop), Spine (Cincinnati HC) and I’m sure I’m forgetting a lot of my friends. Oh, Abraxas, another amazing Cincinnati band.

6) Blind Rage has released a mix of different types of HC, how important is it to have diverse taste when it comes to Punk/HC?

I think Jim and I just have very diverse taste in musical across the board. To be honest, I’m listening to Big Star while answering these questions. We just want to put out records we’d like to hear that might otherwise not happen. We both did different labels in the past and swore them off, but then we heard Clueless and both wanted to put it out. A lot of labels have a “sound” like if you see something is on said label you know what you’re getting into, which is fine, just not our way of doing things.

7) Tell me a crazy story about the Dayton, Ohio scene.

I once saw someone, who will remained unnamed, punch a car window out and drag a guy out of it to rattle him around. This was at a show when I was 15 or so. Equal parts terrifying and enthralling. Shows here in the 90s were wild. Shows rarely seem to happen here now. We mostly play in Columbus and Cincinnati when we do.

8) You are Straight Edge and Vegetarian, do you feel that its important to involve yourself in these beliefs in the subculture? It seems that nowadays these things don’t go hand in hand with the “scene”.

Jim and I are both Straight Edge and Vegan/Vegetarian, again these things were huge around here when I was coming up but seem to have disappeared over time. I’d agree they’re not at all hand in hand like they used to be. I have been seeing more people being vocal about these ideologies lately though, so maybe it’s making a comeback.

Aside from whats already in the works with GEL, Kill Surf City and Jawstruck, 2020 will see vinyl releases from Peace Test, Disappear and we’ll keep teasing the Wounded Paw 7″ that has been recorded/mixed/mastered for quite some time now. Oh yeah I drum in Wounded Paw too, so yeah. 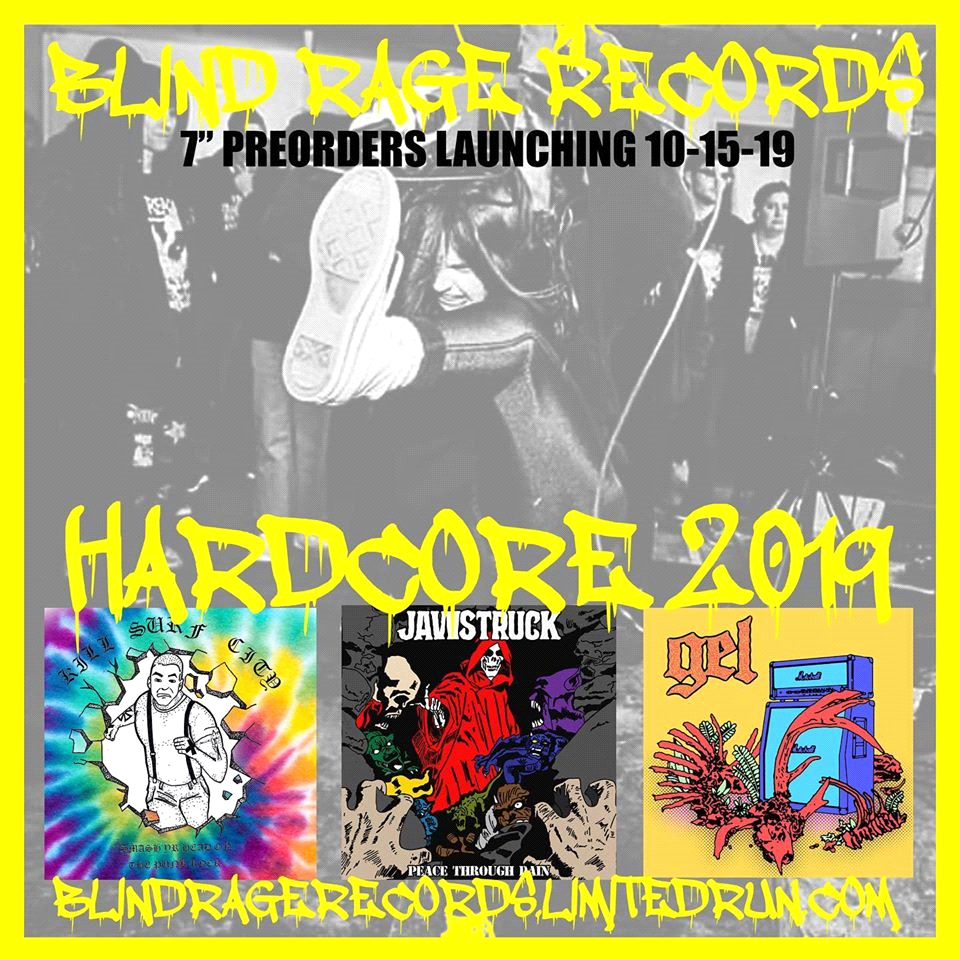 As much as there are a few haters I’d love to drag out on Main Street, I’m gonna keep things evolving positively instead. Shout out to Greg/Tear It Up, Sean/Youngblood, Eric/Wide Eyed Noise, Chris/Dog Years, Sam & Daniel/Crew Cuts, Vision Quest (UKHC), Trevor Vaughan, Big Laugh, and all the bands in our lil family. Huge thanks to you for asking me to do this interview and for constantly supporting the label!

Watch GET INTO IT https://www.youtube.com/c/GETINTOITwithJasonHook