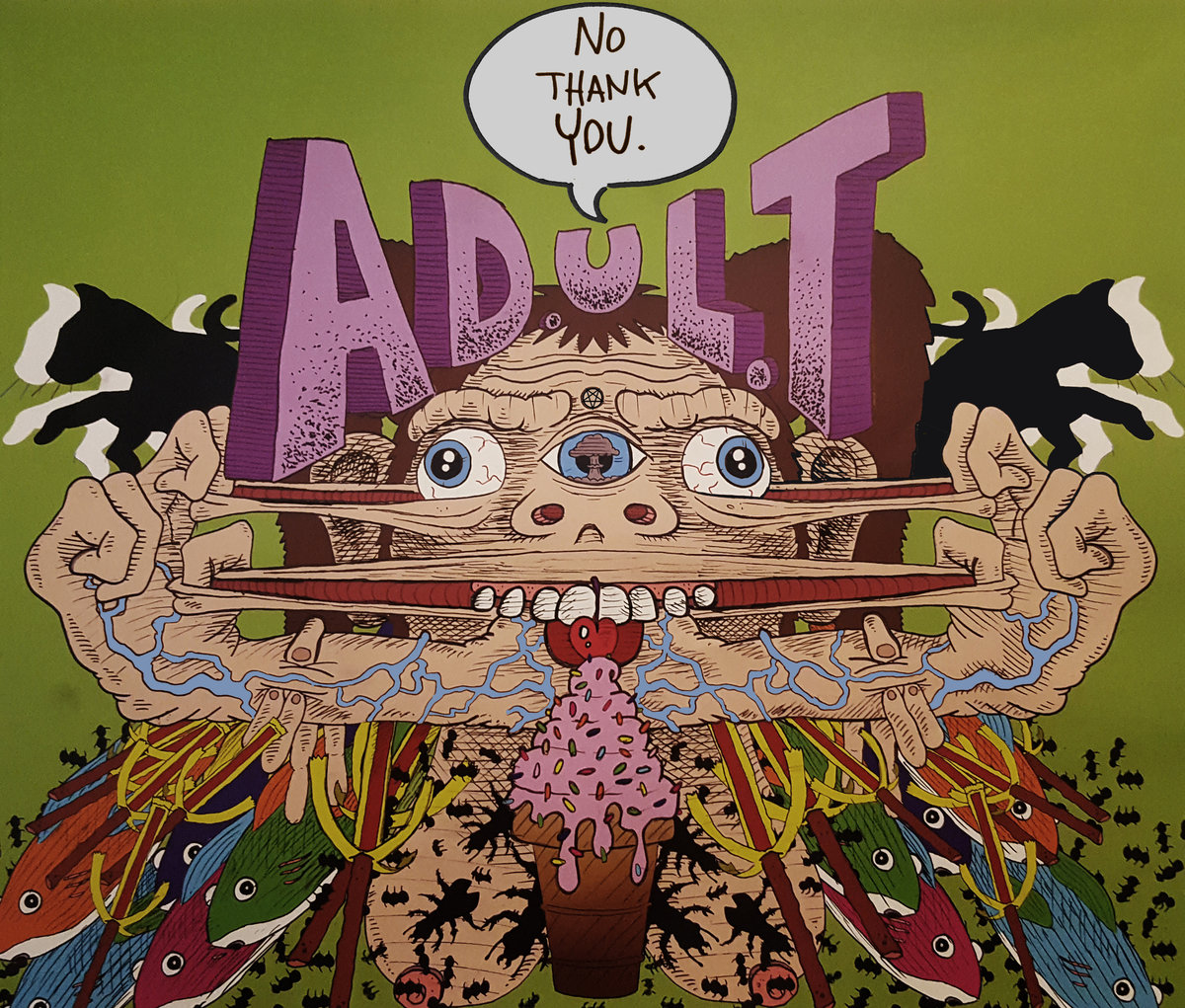 “When the sun rises you will realize the error of your ways.” Father Alexander says to himself.

I sent this review to the group and they – or at least one of the cats – appreciated it, so keep that in mind. Push people to do better, and all that jazz. It is the Boston HASSLE, after all.

The bass is very nice. “Put It In Me”. The sorry state of drums is they are overlooked, especially when the drummer is a good person. Incredible rhythm section. The underwater vocals. I have no fucking idea what the lyrics are saying, which means I only receive them as waves. A personal favorite advantage.

The guitar work on “Honorificabilitudinitatibus” is gorgeous. The band is terrific. The Glory of Mankind! Although, this reminds me of the life of some deep water fish the length of a fingernail. The consciousness of an insect. I don’t know.

“Give Me Water” reflects my basic desires in life. I sense, like John Lennon, the actual content of the lyrics isn’t as important as the sound and effect of the words. Nevertheless, I am sure they are beautiful. This is the finer number. Sorry for lamely writing. These are short songs. The bottle percussion on this track is nice.

I tend to appreciate odd rhythms. “Her Penis” is odd. If I were to listen to this I seriously doubt I would guess the title of this is “Her Penis”. The slide guitar. The tracks cut out too quickly. Oh well. Very simple songs, really, despite the arrangements. It suggests fun. That foreign and unforgivable word.

Despite the prevailing ugliness, you sense tender souls. The effects that start “Mints” are cheesy. The vocal effects are getting redundant. Stop hiding. Here we go with the cheeseball emo guitar cock. They are losing steam. Congratualtions, either way, for getting this far, but all novelty has gone out of the window. The 3rd section introduces some interesting chords, but nothing much is being expressed. Although, I feel like they are saying “Dying”. I’d rather know what they are saying. For $7 they could have at least added lyrics.

“Overfishing” starts with tech nothingness. I sense a woman singing. Very nice. I still have no idea what she is saying. There is some fine music here. But, still a lot of guitar jack off shit. I think they say something about not giving fuck. Cool, bro. The album cover is cool. Waiting for this one to end because I don’t see it going anywhere else. ENDS IN A REALLY INTERESTING WAY. I am wrong 99% of the time.

Here we come to my cat people. “The Cat”. I feel like if I showed this to someone that works every day they would say it is really “edgy” and laugh at me. I would be embarrassed if I was listening to this at a red light. Like I am trying to prove something. And it brings up the memory of the cat people…

I mean, I am still writing this and the song continues and nothing new is really presenting itself. Just repeating. Actually, there are some interesting sounds added in, after the fact, that add nothing to the harmonic content but are interesting. And then it ends abruptly. Righteous.

People work hard for their measly earnings, why should they waste it on pap?

I thought that was the end… There is a “secret” track – like the secret that is the cat people – and it is lame cow punk. Are they being ironic or something? I don’t know. I don’t really care. I have to listen to it, though, so I don’t hurt anyone’s feelings. The bassist is good, but the drums could be louder and clearer and obviously it would be nice to hear the words.

The group is scheduled to play our telethon and I think it will be interesting. They are a great ensemble, despite whatever perceived flaws I have documented here. They are already working on a new set of material.