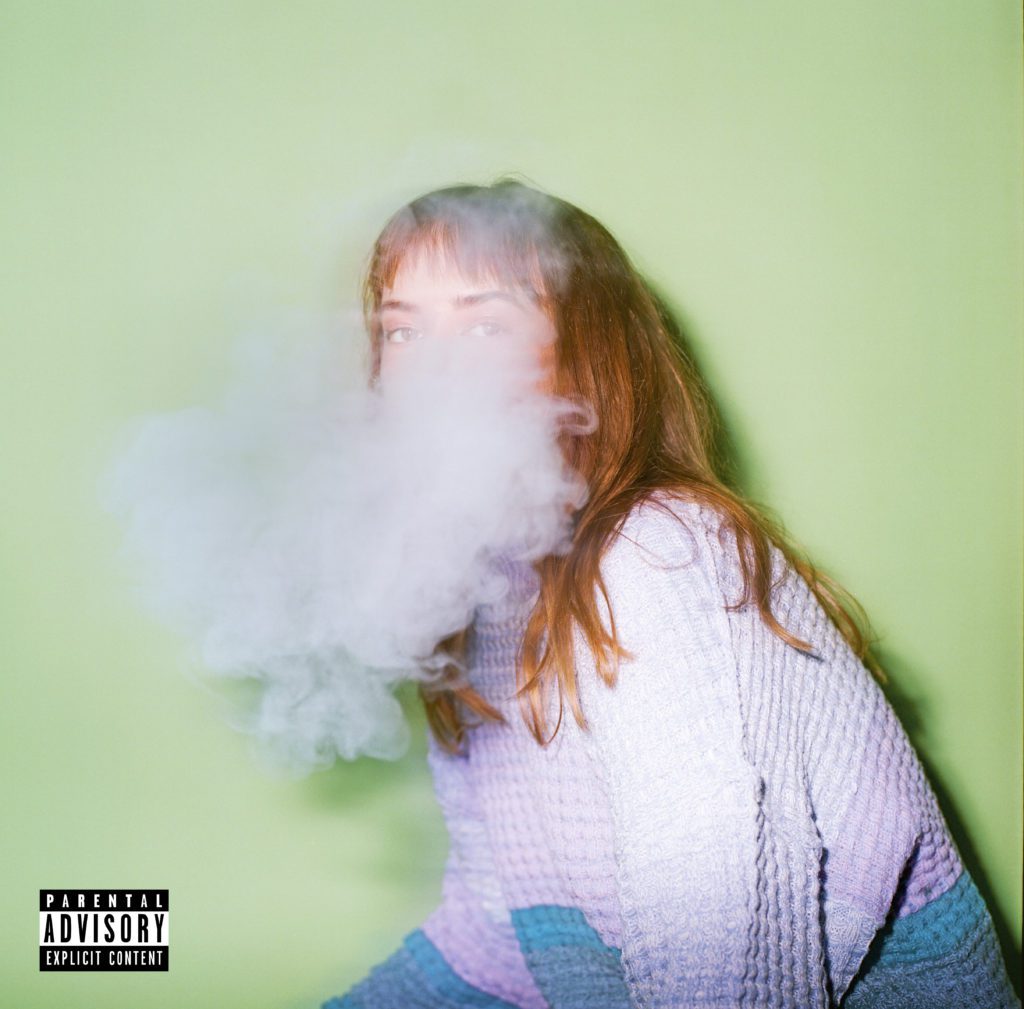 Jordana is living proof of the orchestra kid to rockstar pipeline.

This orchestra-enthusiast turned singer-songwriter knew that music was what she was meant to do when she first picked up the violin at 9 years old. She dedicated years playing for her school’s orchestra, immersing herself in the works of Mendelssohn and battling others over first chair positions in county competitions (which she would like you to know she won).

Jordana confesses, “I didn’t know that I would be a singer-songwriter until I was 15,” when she started to explore and experiment with the boundaries of her sound.

Casually arranging GarageBand compositions on her Ipod touch and uploading them to SoundCloud brought her to be the musician she is now: a self-defined “heartbreak indie rock-pop sweet hawt” currently supporting Wallows on their “Tell Me That It’s Over” tour and preparing to headline her very own tour during the first half of June.

Jordana’s newest album, Face the Wall, was released today, (May 20) via Grand Jury Music. Written during the throes of the COVID-19 pandemic, the record is full of what she refers to as “self-growth bops,” with each track providing listeners a look into Jordana’s mind at the time. From standout tracks such as “Pressure Point” with its mesmerizing sonic landscape to the groovy low-key vibes of “Difficult for Now,” Face the Wall doesn’t disappoint.

Drawing listeners in with her introspective lyricism paired with bold, cascading guitar reverb, Face the Wall serves as a timely remedy for anyone’s summertime sadness. 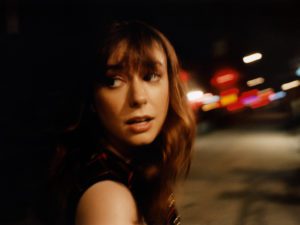 Like many other artists, Jordana found it hard to find inspiration during the course of the pandemic. From wavering self confidence in her looks to going through various emotional highs and lows, the singer-songwriter confesses, “My self esteem was not good. My confidence in myself was not good at all. […] I was trying so hard to just focus on writing, because I knew I had to write more. I knew that I wanted to do it. All of these things were just getting in the way and just making me think about other shit that wasn’t work.”

Inspiration comes in an ebb and flow for the musician. One moment she’ll be in an immense dry spell, believing she’ll never write a song again, and then she’ll practically be word vomiting lyrics and chords onto her journal pages. “Most of the time it feels forced if I have to just sit down and write about something,” she says, “If I’m avidly thinking about something for a particular amount of time, one second it just snaps.”

Musicians face many pressures when it comes to staying afloat and relevant within today’s music industry. It no longer comes down to purely writing good music. Artists have to think about carefully maintaining a “brand” amongst other things. And while Jordana might have had her social media heyday running a Strokes fan account and being an avid tumblr user, the novelty and glamor of the internet seems to have worn off.

“Of course at the time that I really need social media to be a thing for my career, I don’t want to post,” she laughs, before continuing, “We find ourselves in a pickle here. I want to be able to post—but then I have to be on my phone all the time. That makes me even more depressed, because I see what other people are doing and I compare myself to them. It’s just a big cycle.”

Collaboration with other artists and producers has recently helped Jordana accept her capabilities and boosted her sense of self-worth. As a DIY artist who often recorded songs out of her own bedroom, she was used to doing everything independently. And while she certainly has the capabilities to do it all by herself, it is incredibly draining. Jordana had to fight with the conception that if she collaborated with someone, her art would no longer solely belong to her.

Her subconscious would tell her that her music wasn’t good enough unless it was all directly from her; “Which is really backwards,” she remarks, “You’re going to get your best ideas […] from a second opinion. You’re gonna be able to see different ways of incorporating your sound and different ideas from other people.”

“Denying collaboration because of your self worth like I did is not healthy,” Jordana asserts, “I’ve learned to trust other people and not keep it all to myself. I would have missed out on some really, really crazy ideas. Things would probably not be as sick as they are now if I didn’t go to somebody else.”

After all, if she had to do it all alone, she certainly would not have had the chance to be the supporting act for artists such as TV Girl, Wallows and Remi Wolf. Jordana has done an excellent job of stirring up crowds before the headliners take the stage, pumping out energy with her flowing tresses of sound and bright vocal stylings.

A favorite tour memory for Jordana was opening for TV Girl in Salt Lake City last year: “I have a little Gumby toy that I take on tour, and I could see […] somebody in the audience holding up their own Gumby. I was like ‘Oh my god, we both have our Gumbys!’ It was amazing.”

Aside from bonding with audience members over a shared enjoyment of the bendy green action figure, Jordana wants to use her voice to inspire fellow artists to: “Do what you want to do.” Artistic integrity is of the utmost importance when it comes to the industry today. “Don’t listen to anybody else,” she urges, “You know your vision. […] Just fucking do what you want. Your originality is the thing that people are craving. People want that shit—they don’t want copycats.”

With her Gumby in hand, Jordana is an unstoppable force of originality and authenticity. What you see is what you get—and in this case, it’s a down-to-earth gal who can kill it on guitar and make you laugh and cry at the same time—what more could you ask for?

You can catch Jordana in action on June 5, when she comes to Boston’s Cafe 939 on her headlining tour. In the meantime, make sure to stream Face the Wall on all streaming platforms!