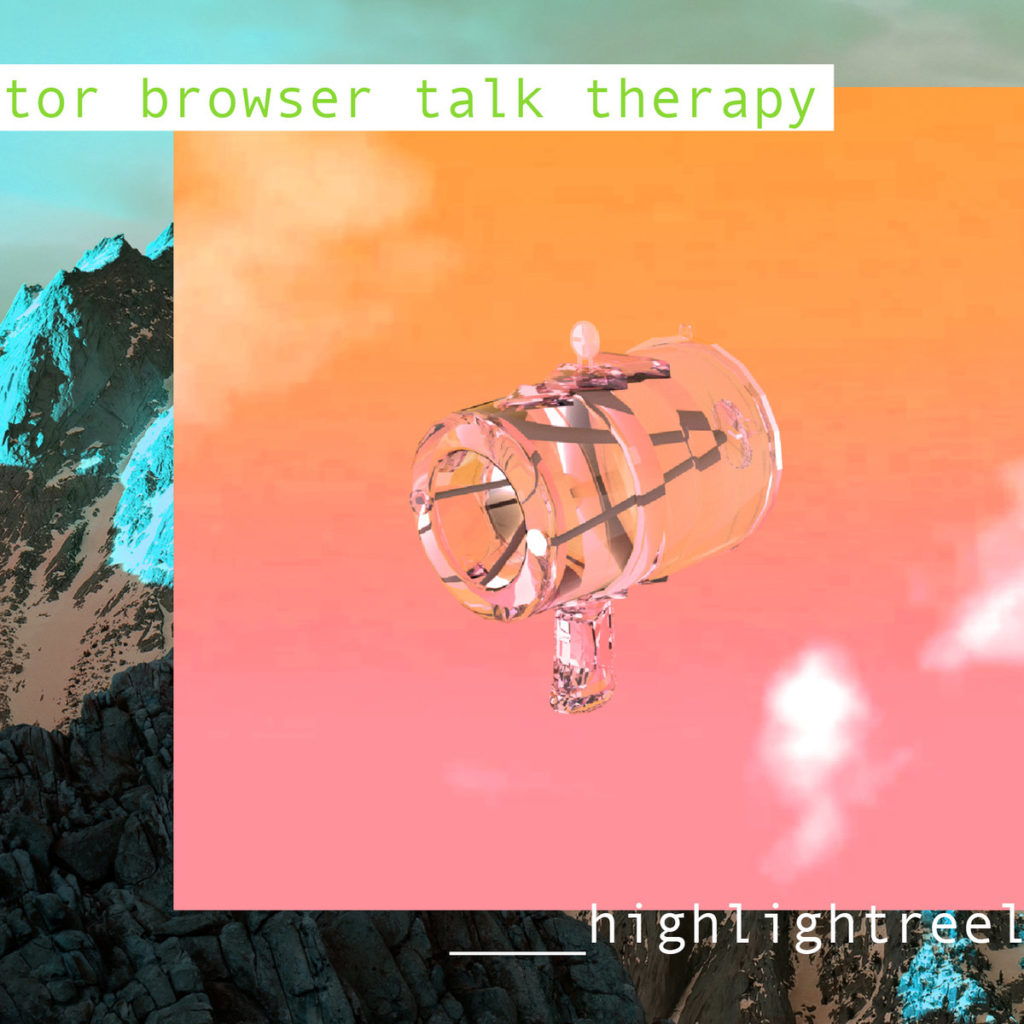 If you give some jazz cats free reign over a DAW, the results can get wild. I first heard ____highlightreel at the Teacher’s Lounge this summer, where the trio played some tunes from their recent release, tor browser talk therapy. The group had a memorably manic energy, swiping through fits of cyberpunk, 8-bit rave, and noise rock all crammed into short and witty songs.

Between the album title, net-ty cover art, and an eminently Googleable band name (“FOUR UNDERSCORES” they’ll gently remind you), it’s probably a safe bet that the web and its wonders form a conceptual kernel for the ____highlightreel project. Electronics are the sole material of album intermezzo “UN MOO MOI,” whose drops, drum rolls, and two-step ape those same YouTube tropes that brought brostep and EDM to the fore some years back.

But ____highlightreel’s real genius comes out when Christian Cahill’s vocals enter the mix, usually straining to be heard through layers of computerized distortion and sharp sawtooths in the fore. In fact, from the studio work alone, it’d be hard to guess how many musicians are behind this act, especially since the drum and guitar work offered up by Sean Dellecave and Christian Cahill in live performance are digitized in tracks like “SC ! EN CE.” In others like “HVBBO HOTEL GF,” Cahill’s loopy wails sound almost like one more synthetic conjuring, even if loosened a bit from the raving rigidity of their carrier signal.

Improvisation and automation jostle a lot in the album – even more so in the live act – and together give voice to the ways that technology shapes how we connect today, and how it can drown us out entirely. Jazzy opener “fonemyfriends” takes this task up particularly well, pitching yelps of autonomy and disillusionment against a sleepless sheet of Adam Tuch’s piano stabs and synths. When an appropriately heavy interlude swerves back to the breathless theme like some video-game soundtrack to Poe’s “Amontillado,” we hear Cahill yell: “You’ll never see the end / It’s all brick.”

Give the album a spin below, and be sure to catch ____highlightreel live this Sunday, October 1, in Central Square.