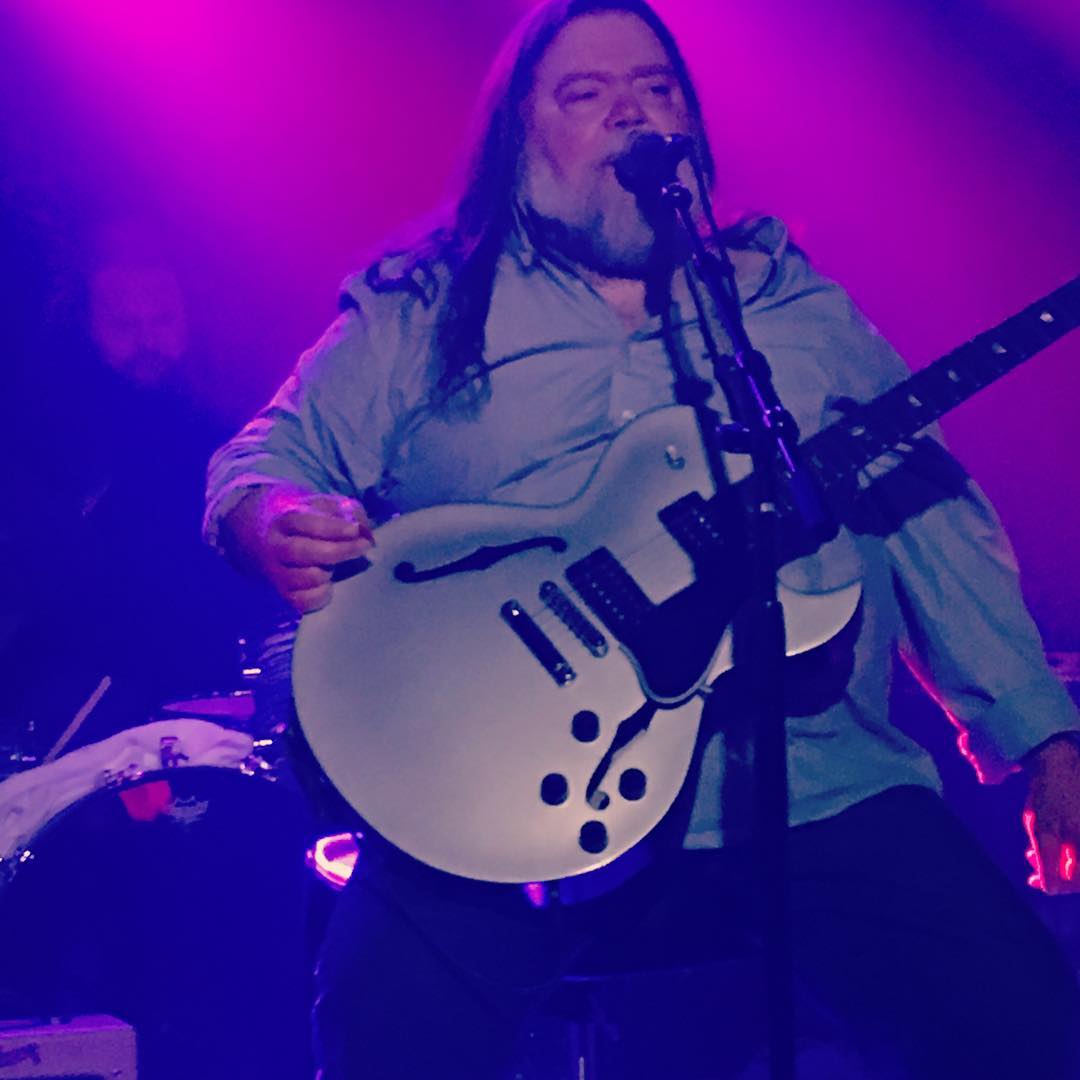 They electric jug, a prime, yet unusual instrument that helped define Roky’s first band (the seminal, psychedelic 13th Floor Elevators) was already on stage before he sat down on September 11 at Brighton Music Hall. It was an early indicator that he and his backing band The Baskerville Hounds came prepared.

Outside of the context of his music Roky, now 70, looks like Santa on vacation, but when that voice comes out, his place in history is unquestionable.Eager and well versed in his discography (they’ve been touring with Roky since 2014), The Houds brought a slow, heavy metal weight to familiar tracks like “Cold Night For Alligators,” “Sputnik,” and “Night of the Vampire,” adding to the impending dread of their horror movie imagery.

Midway through, Roky started to dive back into his sixties material and it was revelatory. It’s amazing how certain songs can sound almost contemporary {“Fire Engine” and “You Don’t Know”) like a modern, albeit bizarre, garage band. Of course many of the other songs have the clear imprint of that decade, like the mid eastern riff of “Rollercoaster” and “Reverberation” but were played with such an elevated sense of dynamics that gave it a revived urgency. “Kingdom of Heaven” was a particular highlight, sinisterly uncoiling like a snake descending on it’s prey and leaving the room in a heavy air of psychedelia.

Towards the end of the show I noticed that the guitar slung around Roky’s neck hadn’t been played for a while–a further testament to the seamless band. It did nothing to detract from the music, letting him focus on songs (despite spotting on a line or two) that were older than some audience members who either didn’t notice the change or didn’t care. All is forgiven in the land of Roky for fans who are glad to have him back after so long. Ending with the double heavy hitters “Two Headed Dog” and “You’re Gonna Miss me,” Roky returned the favor by giving a crowd that lies somewhere between punk and hippie something to bring everyone together.

I Think of Demons

Night of the Vampire

She Lives (In a Time of Her Own)

The Wind and More

Encore:
If You Have Ghosts

A Boston Hassle co-production with the Satanic Temple of Salem on Friday, June 3