When did you start cutting hair?
My first haircutting experience that I can remember was when I was a child. I took a pair of scissors to my mom’s vintage Barbie doll and cut off its chignon which resulted in a totally wonky short bob. A few years later I convinced my sister (who up until this point would only get an inch of her hair trimmed once a year) that she should look more like her favorite anime character which meant cutting off about two feet of her hair into a very non-conventional shape with extremely long bits hanging off of it. I continued to trick people into letting me cut their hair until I finally received formal training after dropping out of art school in the early 2000s. Despite the fact that I now “know how to cut hair,” I still try to maintain the same mindset and spirit I had when I didn’t. Now it’s organized chaos instead of total fucking destruction. 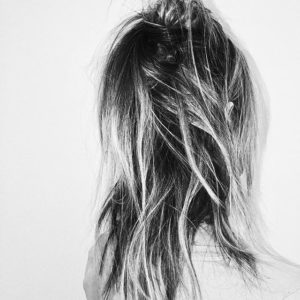 If you could describe your aesthetic with a song, what would it be?
Blank Generation – Richard Hell and the Voidoids

Who are some people you think have great hair style?
Pretty much anyone mentioned in the book “Please Kill Me,” especially Johnny Thunders. Pretty much every single person that Derek Ridgers has ever photographed. Rei Kawakubo, Louise Brooks, Vivienne Westwood. Anyone wearing a Yoruba hairstyle. Older Parisian women who wear their hair up. David fucking Bowie. 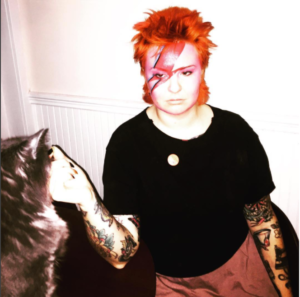 Why do you encourage people to shop local?
It’s a great way to get to know the people within your community, and it feels better to financially support their endeavors vs something that is mass produced/manufactured under questionable conditions or sold by a large corporation.

Where can people learn more about what you do?
Instagram @hairstudy 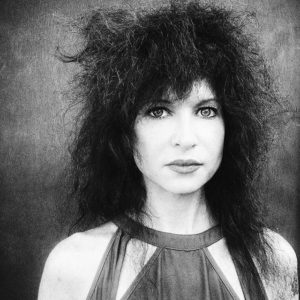