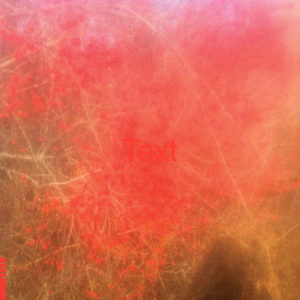 Adam Foam of Foom & Foam talked with the hassle ahead of their show at Dreamscape 16 this weekend. Foam of Bang! Bros acclaim has been continually assaulting weirdo ears over the New England underground scene with Weird Ear Records & Feeding Tube Records backing. Foam talked with me about the odd

Boston Hassle: What’s up in western mass dude? Any favorites neighbors now that your out there? Other Boston expats in the Woods with you?

Adam Foam: It’s cool where I am. I’m in a town nobody has ever heard of and it’s mostly hippies that live here. People in western MA call it Central MA and people in Eastern MA call it Western MA. i.e. it’s ambiguously located.

Fav neighbs include mostly floral friends, but we’ve got people working hard in town on all sorts of projects. Big shoutout to my other Conservation Commission members… great selectboard, vibrant townsfolks. A couple people from Boston moved to town recently… they seem cool!

BH: Any idea what’s up in Boston? What are you hearing out there through the grapevine with no internet at home?

AF: Yeah there’s no broadband internet in town, so you’ve got to hear ALL the news through a literal grapevine. The leaves are big and if you fold them the right way, hold them up to your ear and listen eastward, you can still hear some of the best sounds Boston has to offer. So no I have no idea what’s going on, can only guess great things though. I do get The Compass hand delivered out here once a month so that helps keep me in the loop!

BH: This foom Foam shit been a long time coming or was this a recent spin spontaneous collab? I loved your record release show in w mass.

AF: Thanks man! I feel like it was one of those things written in the sand 🙂 His name was Foom, my name was Foam, he plays records, I play tapes…

We lived across the street from each other for a few years before meeting and luckily when we did meet we decided to swap our solo CDs. We both really bopped to each other’s tunes and decided to jam. We just put out this LP via Weird Ear and Feeding Tube Records and had a release show for it last month. The music was recorded at the whitehaus in 2012 and it sat for a few years unedited. I dusted it off and massaged an album out of it, and it took another few years to actually roll the thing out. I think it’s a really great record, we’ll have copies at the show in Boston 🙂 The cover art is a picture I took of a fruiting shrub with a real fogged-out lens and my daughter made a real surprising piece of art for the back. Very happy with it all, and I’m very grumpy so that’s unusual! :)))

BH: What else you got in the works? Bang bros? Feeding tube residency? Anything even I don’t know about?

AF: Yup! The past year I had 5 LPs come out and I’m hoping to be out promoting them all. ‘Peace, Loving’, Knight Howls, Foom/Foam, BANG! BROS., and a solo album as ARKM Foam. BANG! BROS. just recorded brand new double-length album with Andy Allen on woodwinds and I’m finishing that up, as well as a double-length live album also by the ‘Bros.’ I’m doing a mini-tour for my duo with Mickey O’Hara in the Fall, and I’ll be continuing to collaborate with the usual cast of buds around here. I’ve started my own biz growing native plants from locally collected wild-origin seed and will be selling them at the farmers market this Fall. I’m also growing two small humans and we like to swim.

BH: What are you most excited for this weekend? We got a wild little program for y’all hopefully you’ll be surprised by the other acts but feel welcome by the familiarity of the neighborhood.

AF: Well the lineup looks amazing. Food and cooking mixed with audio? Shadow Puppets? Political multimedia performance art? Can’t wait to just sit and be submerged with all this great stuff. It’s also really nice to play a show on the street that Foom and I met on and lived together as neighbors for 7 years. Holy. Thank you!!!!!