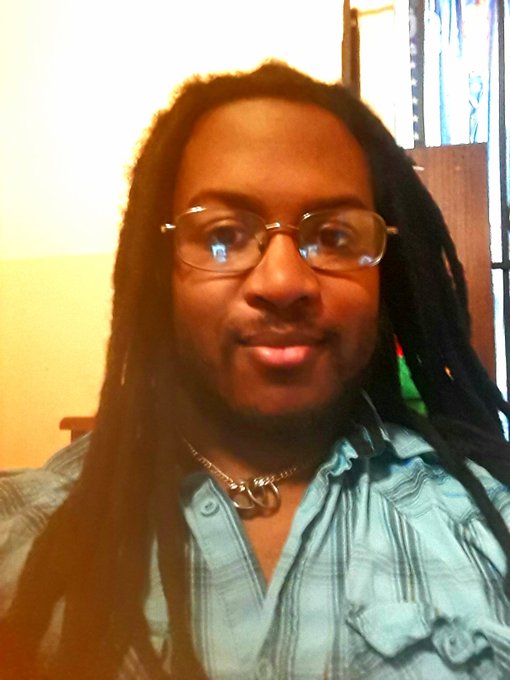 So, a lot happened this year. I retired my old name Lightning Pill, I put music out,  I performed my ass off and curated a show. I was briefly a part of the DIY The Show crew. I did a lot of work upon myself in preparation for what I had a lot of love for: being a musicmaker, a performer, a professional. And seeing as how my obsession with music is unmatched in this city (check my CD AND MP3 game, bitches!), it only makes sense for my list to be 11 songs that describes my year of 2019.

2019 for black people pretty means another year where we have to watch our backs and be prepared to take on all those who dare oppose us or make themselves the victim. This means more than justifying their existence and bodychecking those who participate in a culture act that was deemed ratchet years ago, but the fact that some kids really do teach their kids that black people are scum to some point. Rather than let this depress me, it made me feel more vigilant. Less angry, more cold and ready for action. The very words “the trigger is you/the n*gger is you” echoes the thoughts I had been having all year about prejudiced types. While on the subject…

This very thing has triggered my thoughts on how I could potentially be the next to be killed. Not only that, but hearing stories of little kids committing suicide due to prejudice, hearing transwomen be killed across the country, and hearing that those with autism are subjected to bleach and torture, it made me believe that if this world wanted to, they would have killed me and left me as nothing more than a forgotten memory.

Paulie Think “Walk Into the Ocean”

But it wouldn’t be much fun if we only blamed white people for anything. Being on Twitter a lot, I found black people themselves were proudly ignorant and problematic, when it came to LGBT issues (you guys should have been there when Malik Yoba tried to explain cis and trans. It was a mess and cispeople were taken aback as fuck at the idea of being considered cis.) Some points, I just want to tell them shut the fuck up already!

That moment where you are in a relationship that seems like it is on the verge of truly souring, but you don’t have a whole lot of options in trying to speed the process of separation or reconciliation up? The middle of my year, and my only prayer is that either it gets better or that there is a sound resolution..

Though, with my hunger to keep on going did not relieve me of any moments of depression. I was lonely (as in my supposedly eccentric personality just clashed with my wife’s and my attempts at finding friends were all kinds of fruitless), jobless, unmotivated in the middle. I had too many moments where I felt like things were just hopeless. Each time, I found myself putting on this song as salve. Spiritualized is just a band for the soul. Unmatched.

At the beginning of February, I had released a compilation for musicians with autism. It worked out really well and got ears on interested ears. the middle, I was able to meet and talk to plenty of people in the #ActuallyAutistic community to discussed things from our interests, our stims, neurotypical ignorance and hatred of our kind (seriously, who would agree to not vaccinate your children or to feed them bleach to get rid of the autism). We all wanted to steal the mic from those who sought to speak for or over us, and together, we all aimed hard to change this and made a friendship/community together. I even released a split with Savan DePaul to celebrate Black Music Month and Autistic Pride Day (which the cassette can be found on Tiergarten Records, the Britain-based label we are both on.)

During my search for that good friend, I actually talked to someone I bonded over about indigo/new age concepts, music, her business and plenty other things. She is one of my loudest supporters, and I feel very understood just talking with her about plans and stuff. She once wrote about how meeting her might result in breaking out into Queen songs. All I had left to say is this: I don’t really invest myself into people’s musical tastes much, but who the hell doesn’t love themselves some Queen?!

I found myself having a very nomadic soul. This year, I had just been craving adventure and excitement. It started when I went to New York (Brooklyn) and did a show there, and since then, I was itching to spread myself outside of Massachusetts for a while. Whether I can or can’t is reliant upon my financial situation and my driving skills, both of which I am building up.

Some people say that the chorus is what people remember the most about a song. I say I remember the chorus because it defined me and my year. The year I looked at myself and became braver, more open, more honest, more me. And the more me that I became, the more I understood life a little more and sought to deal with it better.

At the last day of 2018, I told myself this year would be the glow up year, and this meant that I would try and get more shows and actually release an album within the year. I only managed to release a split (more on that later) and do a handful of shows, but I always find myself enjoying each paid show and open mid opportunity I was given. From singing songs to poetry to doing a comedy bit, I just enjoyed the hell out of performing onstage, and hope to do more stages in the immediate future.

Notice I called 2019 my “glow up year”. It was a year that I treated like an experiment. The experiment was that the more faith you have in the future, the more things will work out. If there is anything you want, it may not always come at a grand scale, but as long as you are going to get it, things are going to work out. Never think that the future will get worse than it is. I, of course, had moments of feeling down, but if I had been negative, I would never have made some acquaintances, did some shows, gotten a job, released a compilation, and gotten people interested in releasing music for a label. Now, it is up to me to carry or accelerate that same energy for the next decade to come. 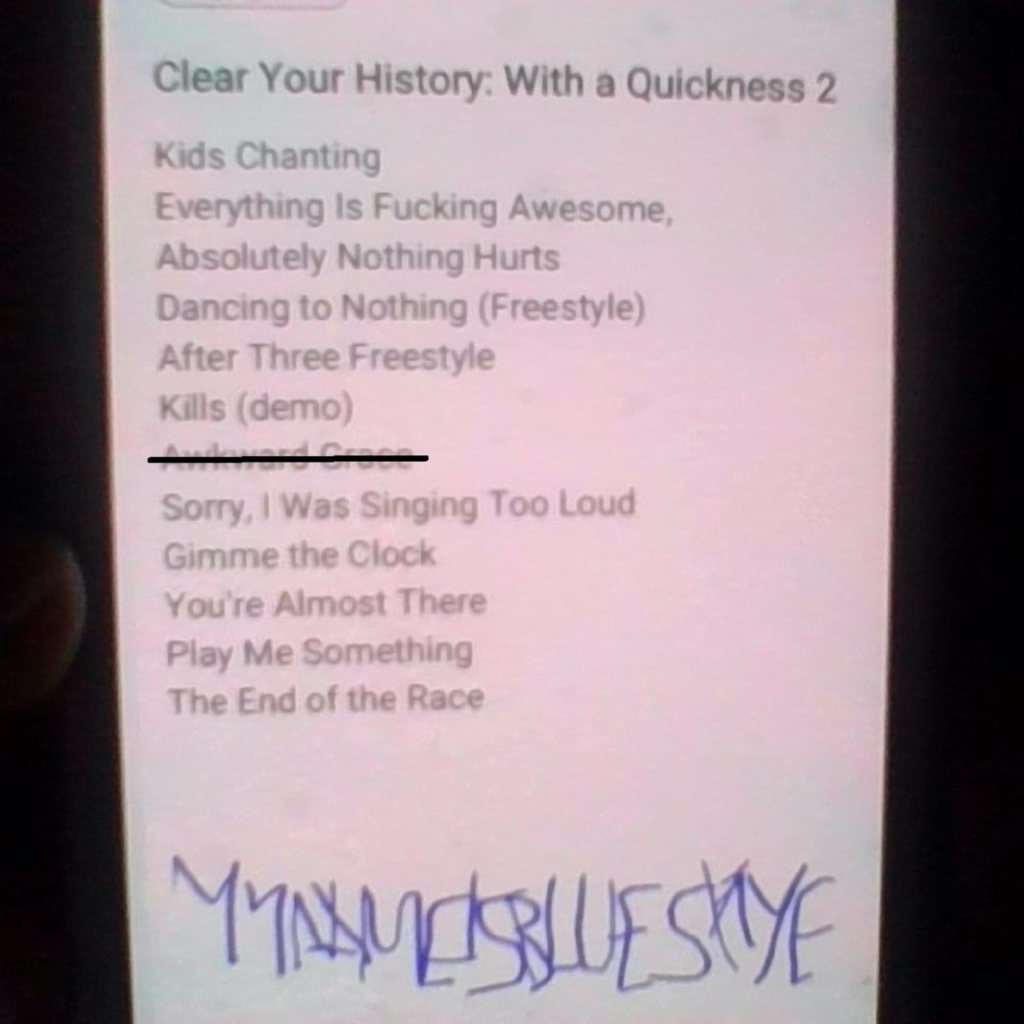 Clear Your History: With a Quickness 2 by mynameisblueskyeAsk anybody, and they will say the best way to close out the new year is to dispose of the past. Let the old year be the old year and start anew. On and off Twitter, you will see many people not only ready to accept a new year, but a whole new decade altogether within 2020, and with the future project 100 Series, mynameisblueskye plans to do exactly that. But before he does, he has a whole lot of past to dispose of. Namely, the demos that he had recorded upon his cellphone.

Clear Your History is Vol. 2 of his With a Quickness series, where he takes all of the songs that he had written or freestyled on his phone, and either recorded acapella or played on a keyboard somewhere, letting you have a front row seat as he writes down songs that will or would likely not wind up in the final album that he promises to be on a new album to open up the new year.

Here is the album and the tracklist below: