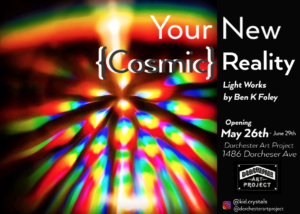 “What does it mean in this day-and-age to be moved by something that catches your eye? With the digital art and computer-aided shifts of “reality” becoming an everyday way of visual experience, what does it mean to actually experience something new, something with magic still in it?”

In a polarized and dark world, Ben K Foley’s works are a ray of light.

Currently on view at the Dorchester Art Project is Your New {Cosmic} Reality,  a solo show featuring Boston artist Ben K Foley’s intricate and awe-inducing light-based sculptures and interactive installations. Finding inspiration in the smallest, almost unnoticeable aspects of the everyday, Ben will take an idea and tease it out for months, letting it grow as organically as the nature he finds inspiration in. He admits “My process always starts in little experiments where I try to capture a tiny part of the universe in a jar and look at it for awhile.” The result: large-scale, mesmerizing, and inspiring sculptures that bring a piece of the universe into the gallery for everyone to experience collectively. 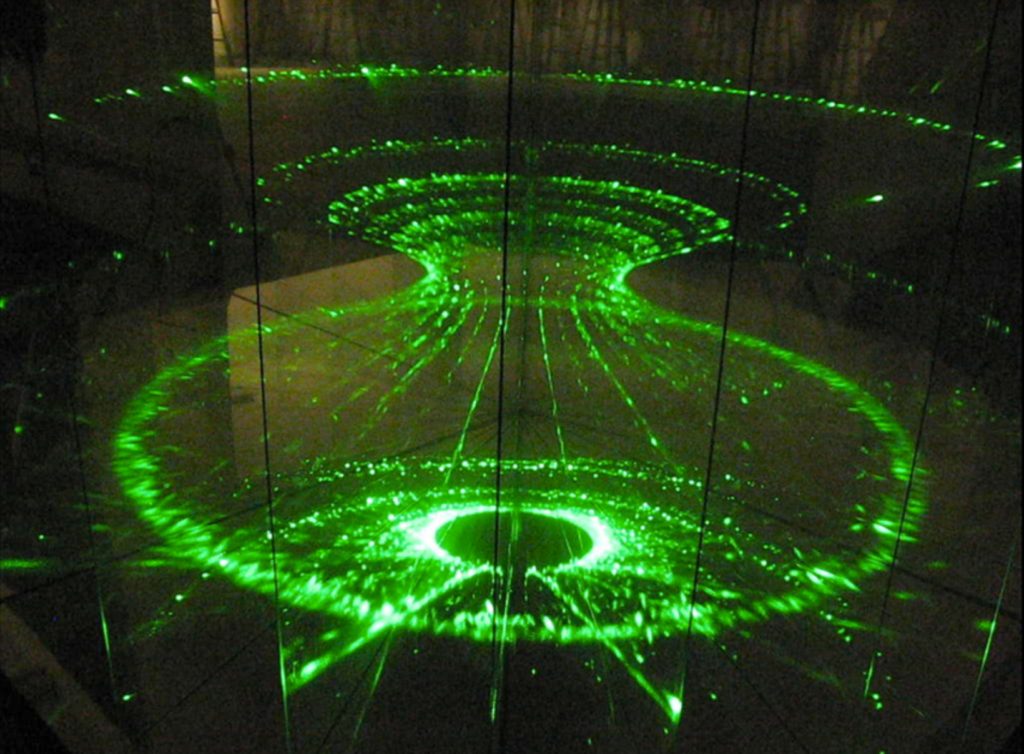 Take Paradigm, one of Foley’s installations in Your New {Cosmic} Reality. Executed in neon green beams of light, Paradigm graphs in 3D what gravity would look like in a black hole if you could see it, “starting at the big bang and the expansion of space, and cycling back to the condensing of the exact opposite manner, done over and over.” Playing with light, dark, and mirrors, Foley is able to make the gallery space seem cosmically expansive. His works make one feel small, yet simultaneously a part of something bigger, something universal, shared by all. 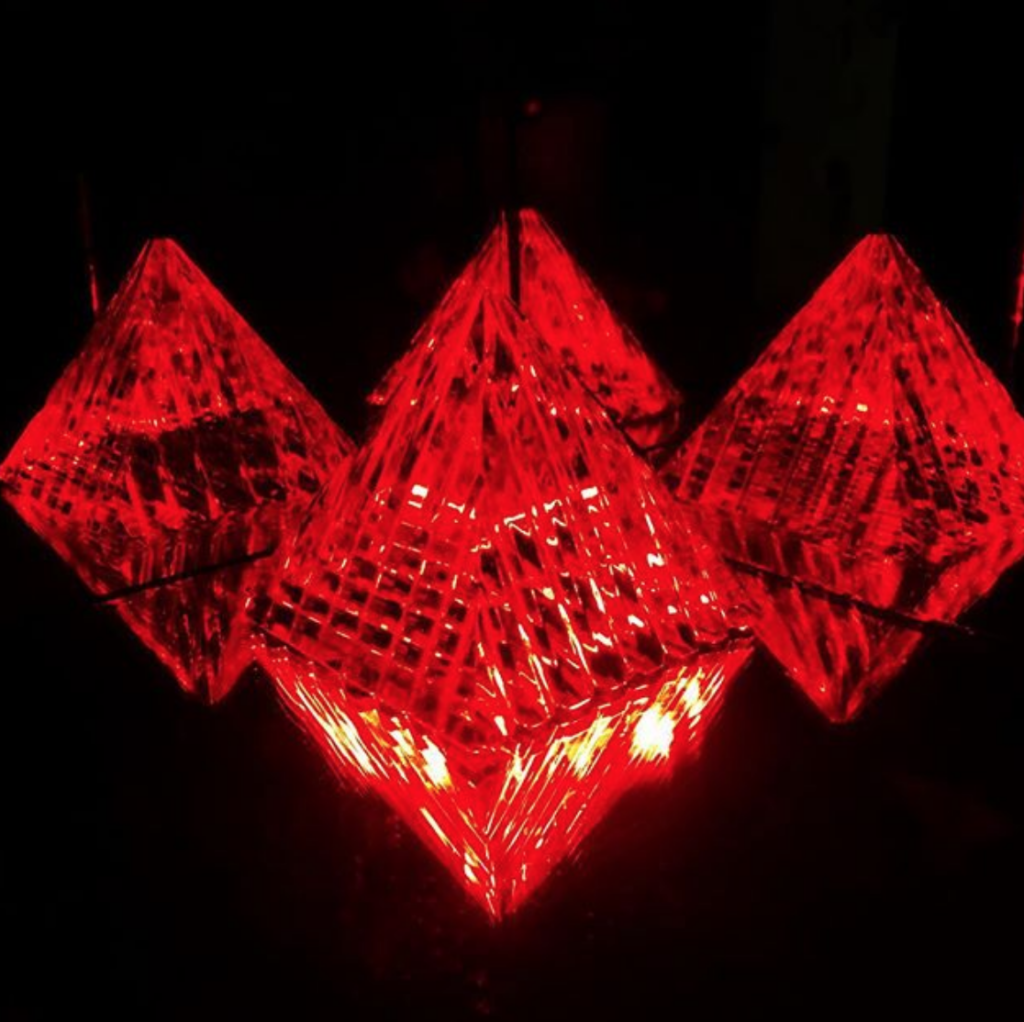 For those who seek collective respite, a break from the outside world, and a chance to reconnect, Foley’s Your New {Cosmic} Reality is a must-see. “My intention is to give viewers a sense of awe and wonder, to have them, if just for a second, see what’s actually in front of them as they did when they were a little kid: seeing something simple, yet full of the intricacies of the universe. I want to show my fellow creatures and friends that not all art deals with the differences in people/ society/ our world. I would like to show something that at first will seem alien, but be realized as being a part of every person.”