This year has been the most eventful year of my life, thus far….I think. There were so many things that came outta nowhere, so many things I saw coming and things I had to learn how to evolve and grow with. I am thankful that I was in Boston for most of 2015 because the community there is so strong and supportive, everyone really sets and achieves goals together, as a unit, it’s something i haven’t experienced anywhere else.

I want to share one of my favorite watercolors that Idid on a tour with my band to sum up my 2015.

My band, IAN, spent the first four months of the year on the West Coast.

We toured up and down the coast in a Prius with all of our gear and I sat in the back the whole way. I would wake up with my arms around an amp or guitar, the whole car became like a giant chunk of fudge with lil nuts in it (we were the nuts!). Everything lent itself to each other as temporary pillows or little spoons. I never for a moment felt too far from my bandmates and infinite crushes/brothers (Damien and Tim). All the scenery was new for us, we were allowing ourselves to be brand new and see brand new things everyday, but I sometimes felt deeply distant from the outside. The distance between places on the west coast is a little heftier than that of the east coast. Every moment not spent sleeping was spent marveling at the beauty, green and blue and new colors all together out our windows. But not being able to stop and touch it or breathe it and just pass by it was difficult (although we did stop for a huge hike in the redwoods!). I kept dreaming of roller blades and would think about if I could successfully pull off a tour or a journey on just roller blades. And I thought about how rad it would be to start a roller blade gang with my boys. It was a day dream I kept having. So I drew this dum pic to remember 2015 by. I am very excited for 2016, IAN has some huge plans and a record coming out in the spring! Maybe we will tour on just blades?!?! I will be moving to NY in March !! See everyone on the west coast once again. <3 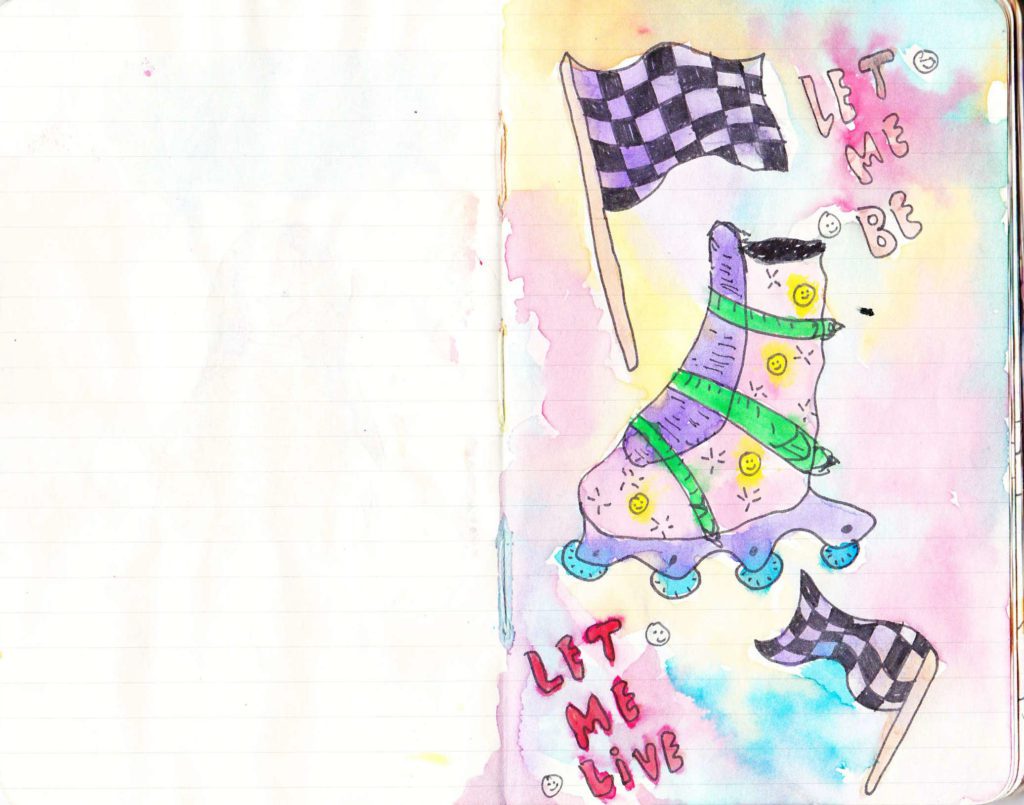 Coalescing the Chaos Continuum that is 2020