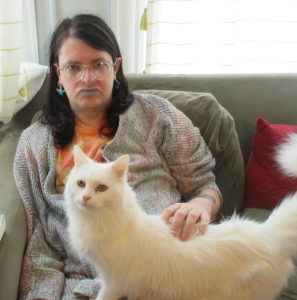 Last December, I wrote one of these year-enders about the importance of being negative in 2020. I still stand by everything I said, though it all seems silly and naive now, as if I would have enough control over things for negativity to be something I’d be able to make a choice about. The general consensus is that this was a shitty year. Many seem to think 2020 was some strange anomaly that can be cured by a ball dropping in Times Square, while others recognize it, like Donald Trump himself, as an extreme example of what can happen when America’s traditions of predatory capitalism and institutional racism continue to go unchecked. I wish the healing so many are seeking could come as easily as a new year or a new president, just as I wish my own personal problems could be solved with a resolution.

I know I’m in good company when I say 2020 was the worst year of my life. I lost my job, my relationship of 9 years ended, my discrimination complaint against a former employer I made to MCAD continues to be ignored almost 3 years later, my unemployment benefits have been withheld for going on a month(pending the verification of my identity), several people I knew died, someone threw a cup of piss into my window, and so on. 2020 was also the most important year of my life. It forced me to confront so many things I didn’t realize I was devoting all my time to avoiding, all of which amounted to how unsustainably I’d been living. At my lowest point, I sought solace in someone I’d never expected to.

For as long as I can remember, I hated Guy Fieri. It’s hard to say why exactly, but I think it had something to do with presuming he somehow represented several forms of consumption in a society that’s consuming itself before our very eyes. Either way, I realize now that my former opinion of him was mostly just me being an asshole. At the end of June, when my partner and I broke up, I got so depressed I was practically catatonic. As I sunk into the couch, unbathed and hot-boxing the apartment with stale farts, afraid I might fall into a binge I wouldn’t be able to bounce back from, I searched for something, or someone, to take the edge off the feeling of hopeless solitude. My epiphany came in the form of a Triple D marathon and the realization that I actually love Guy Fieri. He and his two hit shows—Diners, Drive-ins, and Dives and Guy’s Grocery Games— cradled me through my quarantined anguish, delivering me—if you will— to brighter days. In the Spring, I remember being in the car with my partner and listening to an interview on NPR with Darryl DMC McDaniels about how Sarah McGlaughlin’s music saved him from a period of deep depression. I remember making fun of him, of the sentimentality of the whole thing. Again, asshole.

6 months later, with Guy now a fixture in my life, I’m trying to learn and grow from all the things in my past I regret. That’s not to say my path is any more righteous than it was before, or that it will ever be righteous period, but that I want the future to be less painful than the past, personally and in general. As I prepare to ring in the new year broke and bitter, knowing most of my friends aren’t doing very well either, knowing that even more people are being pushed to levels of desperation that this country has always suffered from a bipartisan denial of, I feel pretty demoralized. When I see news stories of Covid-19 patients beating each other with oxygen tanks as thousands fight eviction, I feel really gross. When I see people post on Facebook about the healing 2021 is sure to bring, as if the man who denigrated Anita Hill on live TV and didn’t want his children to grow up “in a racial jungle”, and the woman who spent her career throwing the book at people and forcing trans women to go to men’s prisons, are in any position to bring such healing, I wonder how long it will take before all of this never really happened at all, before Trump, like Bush 2, is considered grandfatherly in comparison to some new tyrant. I have to stay negative, as sure as the sun sets, as sure as the capitalist comes up with a new way to fuck you, I can’t look on the bright side of things. But I can at least allow myself enough faith in others to go from resenting a famous chef for glorifying indulgence to realizing there are worse things someone on TV could do than promote working people, human enjoyment, and body positivity. It’s so difficult to be hopeful. I’m just glad I’m finally old enough to say that I think it’s ok to take it where you can find it.