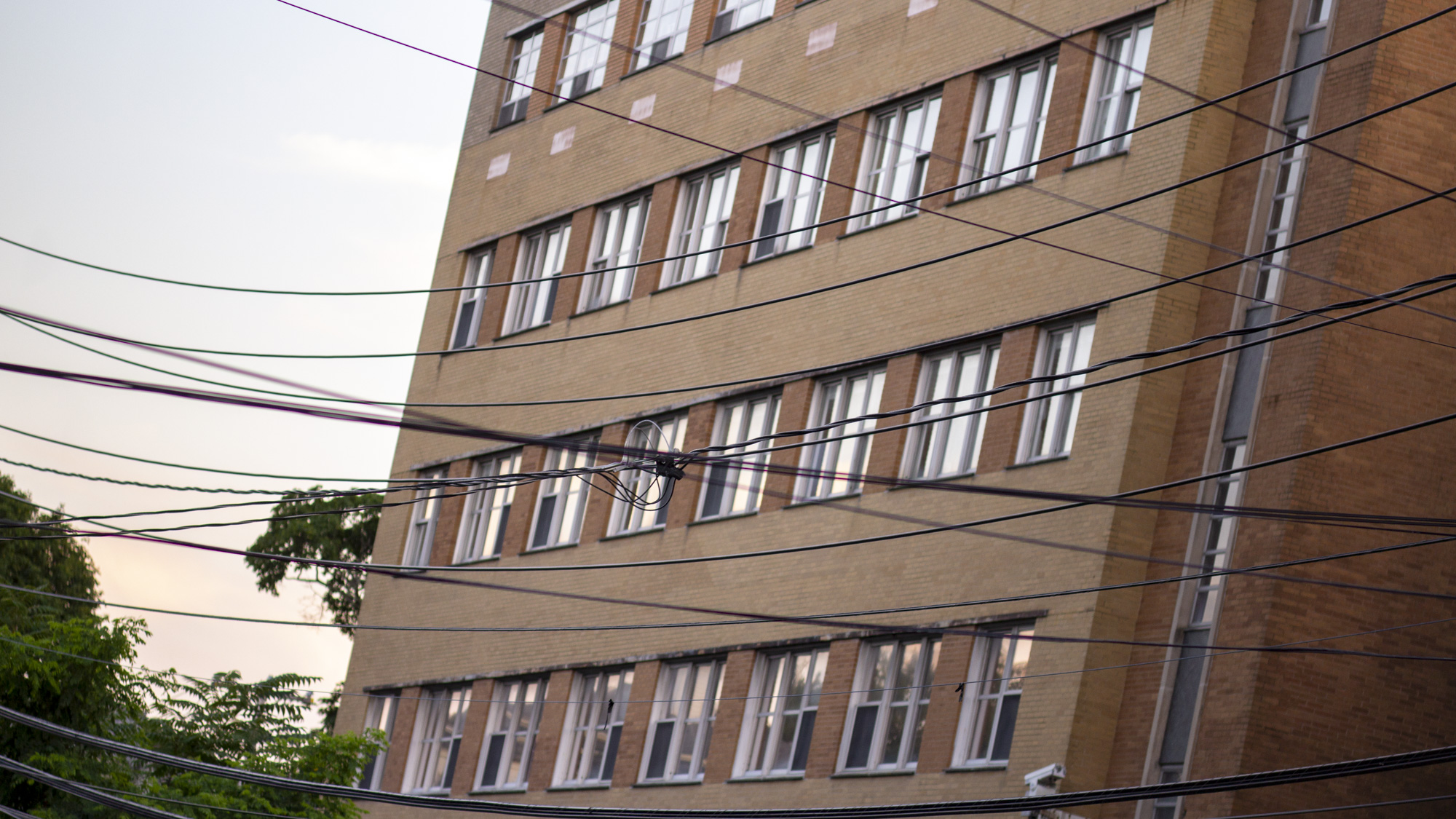 The abandoned Lawrence J and Anne Cable Rubenstein Nurses Residence in Roxbury, currently scheduled for redevelopment into an upscale residence.

So I saw a Facebook post the other day…it read: “Boston is a 3 star hotel for rich students trying to decide whether to move to New York or LA.” You can call it what you want: sarcastic, oversimplified, maybe even mean-spirited; but you can’t call it untrue. This single offhanded sentence underlines the issues that many of us face in this city as marginalized peoples, as creatives, and as non-wealthy Bostonians.

We all know that there’s a problem, we all see the symptoms of a dying city: venture-funded blocks of $4k/month studios sitting empty where bright and diverse communities once stood proudly, its underpaid security staff harassing the homeless attempting to brace themselves from yet another winter on the streets. Nonexistent nightlife and declining tourism is ever exacerbated by perpetual police shutdowns of any gathering of people within a five-mile radius of Boston proper. 2019 saw ever-growing campaigns of bigotry and hatred slowly overtake our streets and public spaces, while local government grew ever more disconnected with a city it is desperate to turn a profit with.

It should be noted that public initiatives like the Spark Boston Council are introducing more relevant voices to local government, allowing for some large scale decision-making to be influenced by a more diverse body of individuals. However, the symptoms of a lack of sustainable city planning, a lack of hesitance in the welcoming of outside/hyper-wealthy land developers, and demonstrably ineffective communication between the city government and the people actually present in communities throughout Boston, all speak for themselves. Homelessness is rampant and shelters are crammed, while inaccessibly high rent keeps a shocking quantity of new Boston developments empty. More and more is being done to welcome developers into the city at the direct cost of our most vulnerable fellow Bostonians.

This problem faces many cities in the United States currently, and represents a particularly serious threat to the culture of Boston, primarily due to the city being a college town with some of the highest tuitions in the world. As such, we can see a relatively high turnover rate for the city’s population. Given the constant influx of both domestic and international migrants, we should expect to see regular explosions of culture. However, most wealthy individuals who move to Boston do so temporarily, staying only to attend college, or to oversee the development of a few luxury condos.

In a desperate attempt to increase the retention rate for wealthy domestic and international migrants, the Boston local government has fought hard to mold the city to better accommodate the rich at the direct expense of the taxpayer. Due to heavy investment in these pro-tourist, pro-wealthy city planning ventures (seen with the influx of stores like Eataly, of malls like Copley Place, of condos like the Four Seasons Residences) as opposed to more sustainable ventures (e.g. strengthening welfare programs, developing more public housing, implementing rent control, fixing up and expanding the MBTA), impoverished individuals are made to feel unwelcome in a city that prices them out of every industry, every store, every product. Those who are unable to leave Boston become trapped in its streets.

Often the argument is made that the funds necessary to help the poor can only be acquired from wealthy patronage.  However in a country where tax evasion is commonplace and tax rates for the wealthy are low, in a state with a flat income tax rate, and in a city where new upscale developments, restaurants, and stores turnover on an annual basis, it becomes clear that this paradigm is completely unsustainable. It is now that the city must wholeheartedly invest in the proletariat of Boston, and they must do so at the expense of external land developers and venture capital-funded private businesses; we need fewer Eatalys, and more Pikalos, and we need the local government to implement reprioritized zoning regulations and restrictions on small businesses to do so. We can no longer stand by and watch as our city, our state, and our country bend over backwards to cater to the whims of the rich at the expense of the poor.

This is not at all to say that there aren’t incredible strides being made in Boston: powerful and diverse communities are rising up and leading the cultural development of this city as we speak! Places like Jackson Square and Egleston Square and Dorchester are doing their best to hold out in the face of gentrification, with local businesses, run primarily by people of color, thriving and serving communities in need of food and services that are high in quality and low in price. House venues are finally starting to withstand constant police shutdowns, accessible and easily-booked queer- and POC- friendly venues continue to open up,  and the MBTA is finally, albeit slowly, being updated. But one look at these towering new high rises, sitting empty while the streets below are filled with starving, freezing, abandoned masses, is all one needs to determine that this positive change simply is not enough.

So what do we do then? Is Boston doomed to this cycle of minor cultural growth followed by immediate sanitization? Well, I’ll be frank: while I’m optimistic about the growth that’s occurring as we speak, it’s important to remember that this growth represents years of fighting, more than a decade of artists and venues and collectives and labels putting their all into putting Boston back on the creative map. Now, more than ever, we face some hefty obstacles; whether it be unending gentrification and priceouts, a racist and classist police force, a lack of accessibility and sustainable work driving our best and brightest onto the streets or out of the city, or any of the myriad struggles facing all of our various marginalized communities. These problems may frighten us, but they act as the resounding call for unification. Now is the time to band together, to infiltrate local government, to form unions and artist collectives and communes, and to share in what few resources we can find, whether it be shelter or food or educational materials or even friendship.

Our response to marginalization must be vibrance, our response to fearmongering must be bravery, and our response to selfishness and hatred must be charity and compassion. We are not guaranteed a winning stake in this fight, but these are our tools, and we are compelled to use them. Remember, we’ve only just begun to see the fruits of our labour. We will see Boston transformed from a 3 star hotel for the rich into a priceless home for the marginalized, and we will see it in our lifetimes! 2020 is just the next step~

Liked it? Take a second to support Fen Rotstein on Patreon!