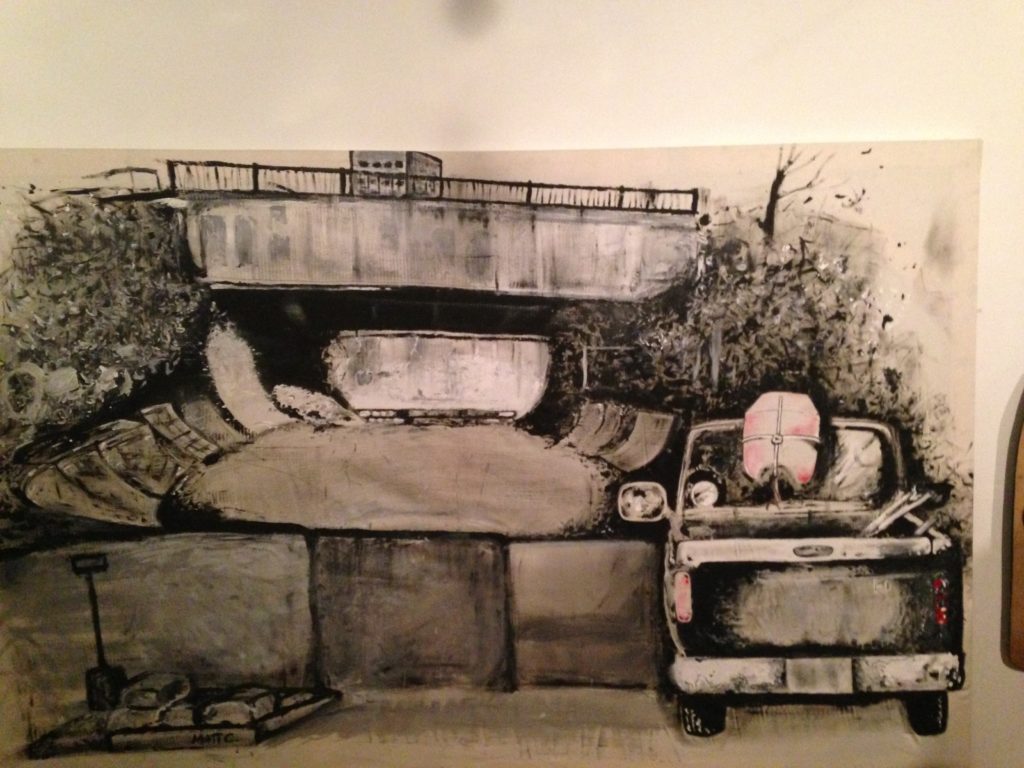 When we started building our own skatepark under a bridge in Worcester’s burgeoning Canal District, the locals did not call it “The Canal District”. It was known to most of us as Green Island. The irony of calling it Green Island, a place without any greenery and that was not surrounded by water, is palpable. But it was our irony, and we owned and celebrated it. In a phrase, it was “SO Worcester”. Our first summer of building we reached about 200 square feet and spent at least 1000 dollars of community sourced money to make a piece of forgotten, city owned land into a space for connection and revelry. A home for our little scene.

There wasn’t a name yet, we just called it “The bridge”. One day, somebody said “This is sick, it’s our own little Burnside. It’s Wor Side” and the name stuck. Being skateboarders, with more than enough edge to cut ourselves, we spelled the name as “WORCIDE”. Wor, short for Worcester, Cide being a suffix that denotes the killing of something. Killing it is what we did, we really fucking killed it. The word Worcide doesn’t really mean anything, but at the same time it says everything. It’s not an acronym, but it looks like one. If it were an acronym, it would stand for “Worcesterites Organising to Revitalize Community Involvement in Developing the Economy” It doesn’t celebrate Worcester in the un-ironically optimistic, boring, forced way that our city leadership promotes. It celebrates Worcester in the way that we do in private bar conversations, over hot dogs in dark diners and behind restaurants on cigarette breaks. It’s organic and authentic, all while pissing on fake words like organic and authentic.

Ironically Pessimistic is our brand in Worcester’s underground punk, skate, DIY scene. We’re pretending not to care about things getting better, because when things get better, we get kicked out. That’s the Worcester we wanted to kill. The million dollar condo developments that raise the rents for everyone within spitting distance. The road work that our DPW blows off until the big money moves into the neighborhood. The old guard of Worcester artists that refuse to accept self taught, crowd sourced talent of the millennial generation. The new guard that will close the gates to anyone who dares to question the cheery veneer of the so called “Worcester Renaissance”.That’s what we mean when we say “Worcester Sucks”, is that THAT Worcester Sucks. 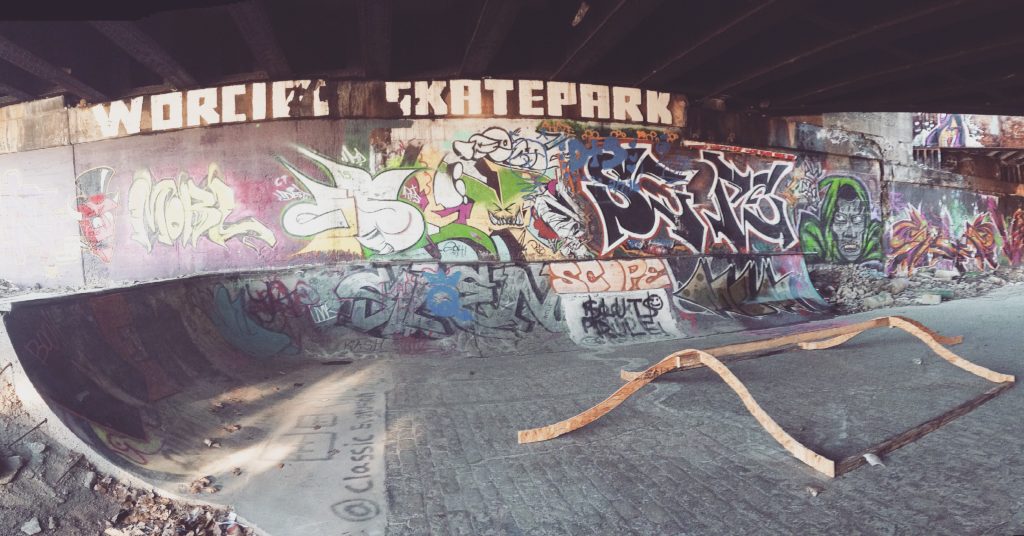 For 10 years, Washington St. was our home, and then one day we came home to find our decade of hard work being torn to chunks and packaged neatly into dumpsters. Friday the Thirteenth, what an appropriate day, but what happened that day had nothing to do with luck. Our city government secretly conspired to tear apart what we had built because it didn’t fit into their vision of the neighborhood. For ten years, they ignored that property, that neighborhood, the people that built on it, the people that used it (against skaters advice) as a shelter. They ignored the people that called and wrote to their city councilors to legitimize and support the 10 years and $20,000 of community work that happened there. They ignored the newspaper stories about the inspirational work being done there. They ignored a community of young people mentoring and teaching themselves how to make a difference.

They ignored us, and at first we liked that. We didn’t want their help, because everything they touch turns to gold. We cant afford gold, and we don’t want it anyway. Gold is shiny, useless, soft, artificial. Everything we touch turns to concrete. Concrete is solid. Concrete is a powder, then you add water, agitate it and it becomes stone. That’s what we do.

Worcide is now a name for a community, not a place. A community that is dedicated to the cause of skateboarding as a transformative experience that connects people of all walks of life and lifts them up. Worcide means doing it for yourself, cause you know the people elected to do it for you never will. Worcide means speaking your truth to power and refusing to take no for an answer. Worcide means you’re welcome. So we’ll leave it at that, Worcester. You’re very fucking welcome.