“Women Take the Floor,” an ongoing exhibition at Museum of Fine Arts Boston, focuses on the overlooked and diminished works of female artists in 20th-century art. The gallery is available to take a look at in the Art of the Americas Wing, Level 3, or virtually, until November 28, 2021. 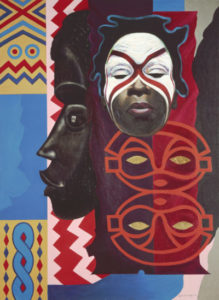 A reinstallation — or, in the words of the museum itself, a “takeover” — with over 200 pieces of artwork from MFA’s collection, the exhibit is organized into seven galleries, each carrying its own theme of female-based artwork. The seven galleries are these: “Women on the Move: Art and Design in the 1920s and ’30s,” “No Man’s Land,” “Beyond the Loom: Fiber as Sculpture/Subversive Threads,” “Women Depicting Women: Her Vision, Her Voice,” “Women of Action,” and “Women and Abstraction at Midcentury.” Each gallery embodies a strong vision of female empowerment, noting female artists from multiple genres and many different walks of life.

The first gallery, “Women on the Move: Art and Design in the 1920s and ‘30s,” is dedicated to women’s suffrage, and how difficult it was to start the journey of being a female artist at this time period. This section features art icons such as Georgia O’Keeffe, Loren MacIver, and Luchita Hurtado. Later, “No Man’s Land” also contains the works of the artists just mentioned, but with a slight shift on the topic being addressed — this lovely section is perfect if you are starry-eyed for landscape paintings, as it showcases the metaphoric possibilities of this genre of work, with slight hues of the female experience. 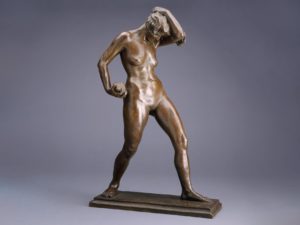 Switching gears slightly with the next group of the exhibits, “Beyond the Loom: Fiber as Sculpture/Subversive Thread” is home to amazing artists who thrived in fiber artwork, including Olga de Amaral, Lenore Tawney, and Sheila Hicks. These artists were truly pioneers in the world of fiber art, for they redefined textiles in the 1960-70s, and flourished in the minimalism art movement. Another related segment of the exhibition, “Women Depicting Women: Her Vision, Her Voice,” highlights images and artwork of women, created by female artists, including Alice Neel and Porsha Olayiwola. This part of the exhibit sets out to highlight is the diversity of approaches women have taken while depicting each other.

The last three portions of the exhibit — “Women of Action,” “Women Publish Women: The Print Bloom,” and “Women and Abstraction at Midcentury” — all heavily correlate. Starting off with “Women of Action,” this gallery acknowledges women who helped bring about the expansion of painting during the 20th century, which is a movement that was normally limited to men in terms of access and acknowledgment — contributing artists include Joan Mitchell, Grace Hartigan, and Helen Frankenthaler, just to name a few. Next, “Women Publish Women: The Print Bloom” celebrates women who made leaps and bounds in the history of American printmaking — the magical ladies celebrated in this exhibit are Tatyana Grosman of Universal Limited Art Editions (New York), June Wayne of Tamarind Lithography (Los Angeles), and Kathan Brown of Crown Point Press (San Francisco). Finishing the exhibit experience with a bang, “Women and Abstraction at Midcentury” explores how women artists reframed the way art is looked at through their work. This section of the exhibit features art in various media forms, such as textiles, ceramics, jewelry, paintings, and even furniture. 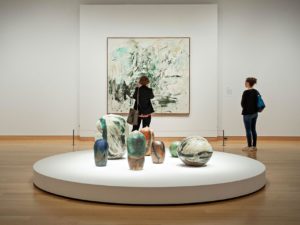 Holistically, “Women Take the Floor” truly challenges the ideology that women are of the lesser gender, while tackling a dominantly male history of art in the 20th century and shining light, specifically, on the work and stories of powerful female artists. Additionally, an awesome feature with this exhibition has to be the interactive programming that is displayed and used throughout — this feature ensures that new rotations of work will be introduced regularly, so, with each visit you might pay, new pieces and perspectives from the powerful featured artists can be viewed and enjoyed.

If the message isn’t clear enough by now, it’s pretty clear that “Women Take the Floor” at the MFA is worth going to check out for yourself. Whether you are a strong-willed feminist, eager to learn about American art history that has been kept in the shadows, or just a lover of art and museums, this spectacular exhibit has a little something for everyone to enjoy. 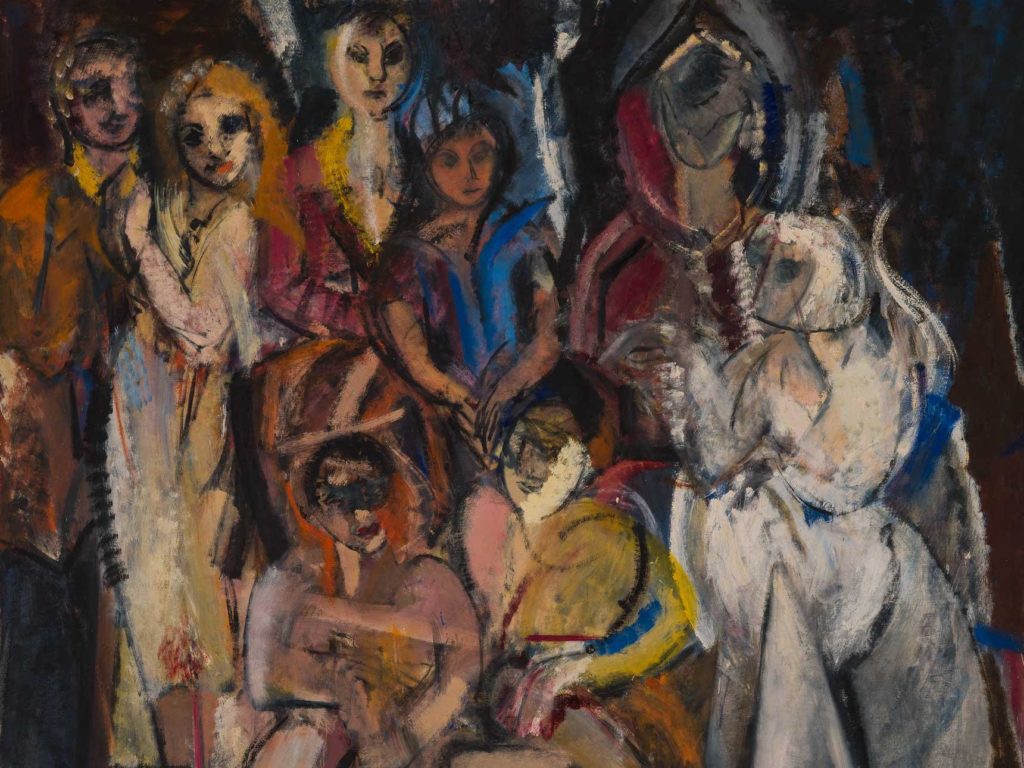