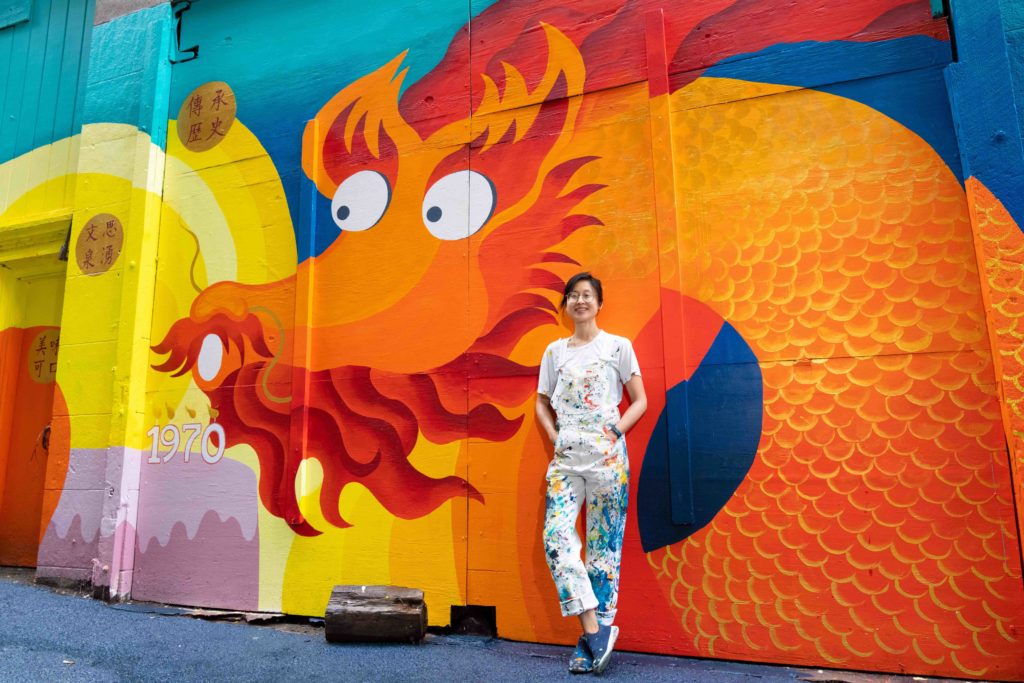 Like all of Boston’s neighborhoods, Chinatown has spent the last three decades being gentrified into something that is less and less recognizable with each passing day. The first thing you see as you reach the top of the escalator at the Chinatown train station is a huge CVS. You have to walk a few blocks in before you can even tell you’re in Chinatown. The station acts more as a Downtown Crossing 2/ Theater District stop than a point of access for a large neighborhood that is, and always has been, more residential than anyone cares to talk about. A culturally diverse neighborhood that is a center of Boston’s Asian communities, Chinatown has been home to so many great businesses that are gone. Restaurants, markets, fabric stores, art galleries, cheap apartments are things of the past, replaced with one of Walsh or Menino’s grotesquely antiseptic “development” projects. Cultures have been diluted. But there is hopeful resistance. 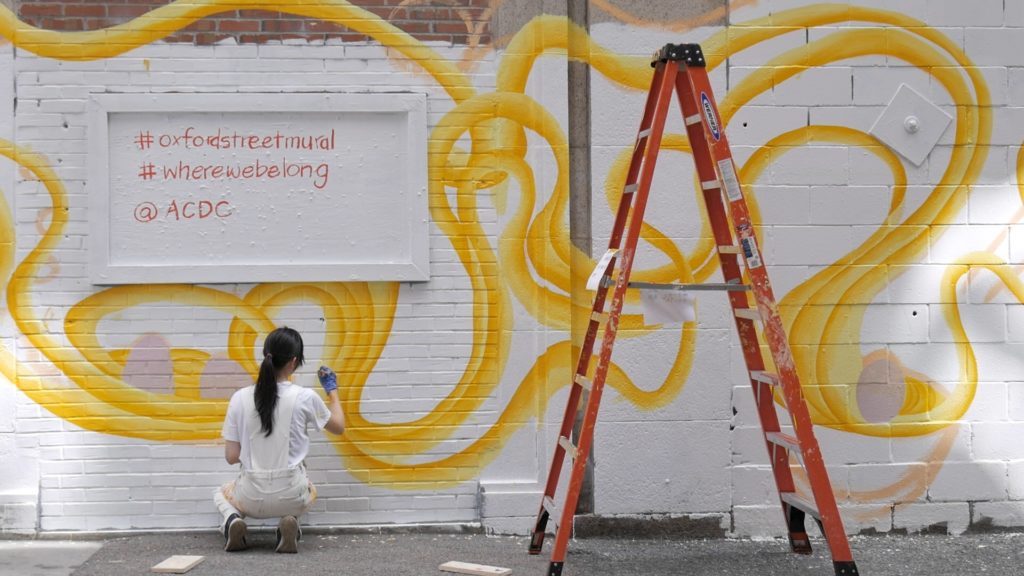 Thai painter, landscape architect, and muralist Ponnapa Prakkamakul is just one example of many artists in Boston using their work as a way to combat the destructive, culturally deafening effects of gentrification while preserving and commemorating some of what’s at stake. Her new mural Where We Belong, which wraps around 79 Essex Street onto the side of Oxford Street, depicts an assortment of noodles flowing around the corner of the building, morphing into a red dragon. Written into the noodles in Chinese and English are the building’s stories that inspired the mural as well as quotes from members of the local community. Where We Belong is, like much of Ponnapa’s work, a collaboration with community. The mural’s home was once the Ho Toy Noodle Company, whose owner Jeffrey Wong was described to me as a local pillar. Ponnapa spoke to people who’ve lived in Chinatown for years or their whole lives, letting their suggestions inspire her. 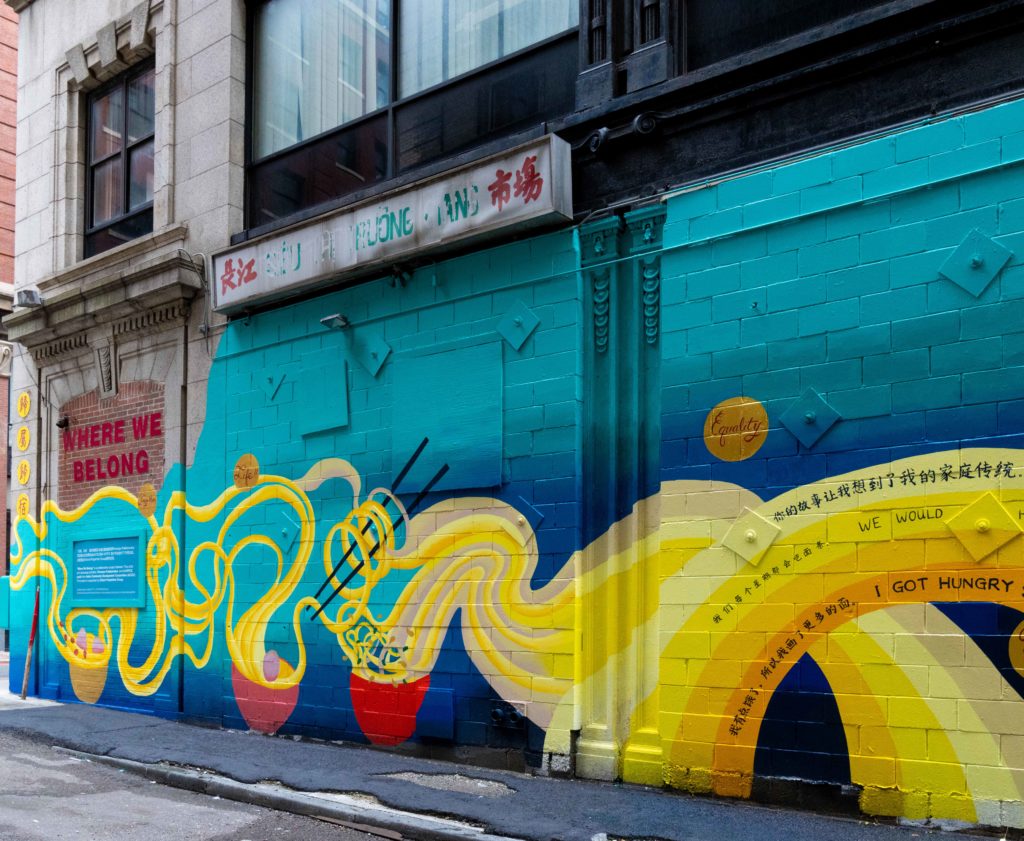 The mural was commissioned as part of a partnership project between the Asian Community Development Corporation(ACDC) and Oxford Properties, who owns the building. I spoke to Ponnapa and Jeena Hah, ACDC’s Director of Community Programs and Design, about the project. Hah explained that the ACDC’s primary goals are to build affordable housing, preserve community culture, and resist gentrification. “We need artists who can reclaim public space and cultural identity. We also need community partnerships,” she told me. By securing this corner of the building for Ponnapa’s art, the ACDC hopes to push back against the devious, creeping “developments” seeping into Chinatown’s edges. 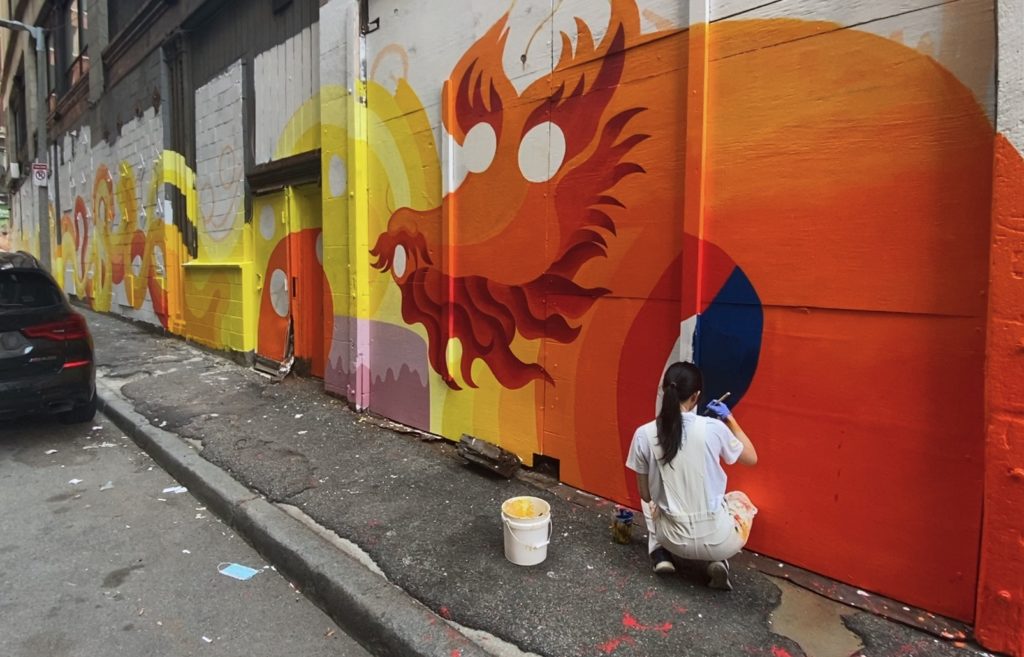 Ponnapa’s community-oriented work can be found around Boston and surrounding areas. She also teaches creative workshops for children and uses her studies and understanding of childhood development in her architectural designs. She explained how her work with children is often an important part of her process and a way of celebrating cultural histories that may not have been adequately contextualized to younger generations. “I work with kids at ACDC. I recently did a workshop where we discussed traditional family meals, and then we did a drawing exercise where the kids sketched noodles.”

Be sure to check out her work, maybe see a mural in one of the great restaurants they’re featured in. And consider supporting the ACDC. 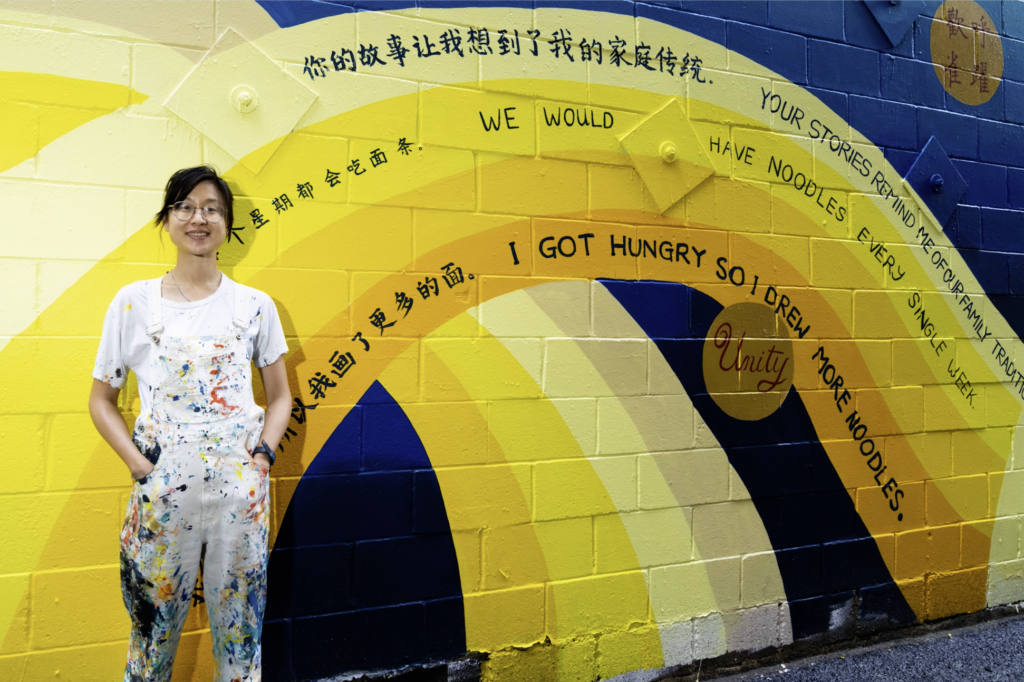 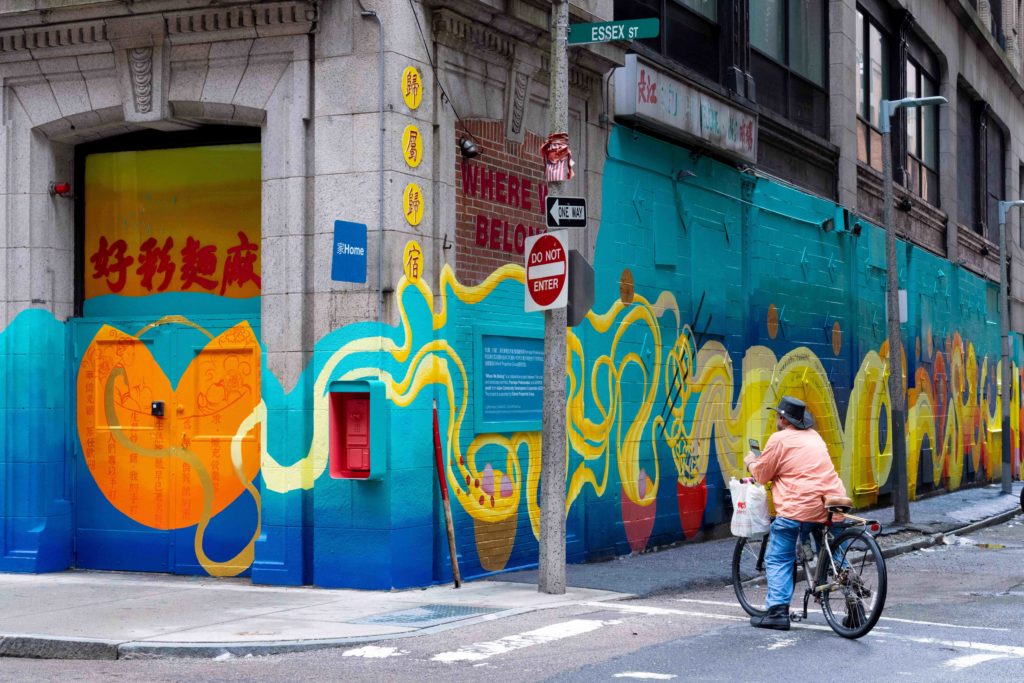