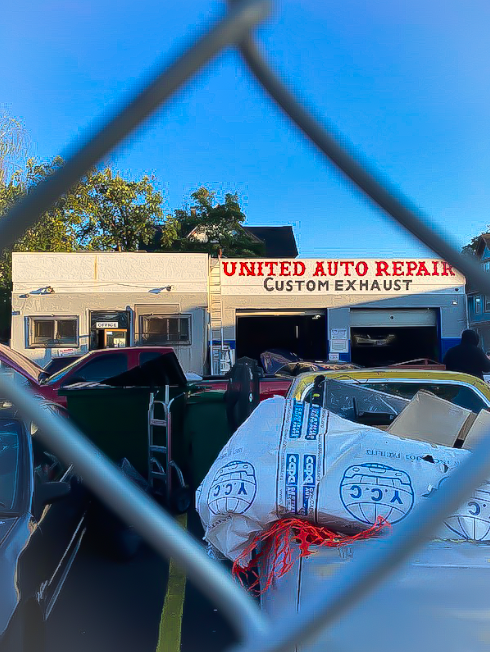 Photo by the Author

By now you have almost had to hear an ad for question one. Either by Right to Repair represented by Tommy Hickey as well as the “No” side, represented by the Coalition for Safe and Secure Data. Data is a big question in this race, but fundamentally, this law is about small and independent mechanics and shops having the most updated technology to adequately fix your cars and be able to compete with large chains.

The latest technology in question is telematics, essentially, any WIFI data flying through the air into the hands of the large automakers, Ford, GM, Honda, etc. If your phone is a constant data collecting machine sending data to advertisers and large tech companies, so too is your car if it was made say within the past few years.

Within this data is mechanical data that provides near pinpoint accuracy on diagnosing what is wrong with your car. This data is needed for small repair shops to fix your cars. So at the moment, it is as if large automakers are doing calculus on graphing calculators, while the independent repair shops have to do calculus with only have a pen and paper (no slide-rule).

Or as Tommy Hickey from Right to Repair puts it, “It’d be like if me and you had to go look something up and I had to drive to my library, check out the books, come back, find in the books where it was, and then get back to you with an answer and you could just go on the internet and google it.”

Each side has thrown astronomical amounts of money into this race. (On August 24th alone, GM donated more than five million dollars to The Coalition for Safe and Secure Data.)

How about those commercials huh?

Let’s start with the Coalition for Safe and Secure Data’s commercials. To respond to this commercial by the group wherein Ron Santos, who was totally not paid to say this, states “It’s really about big repair chains getting access to your data that can be sold to advertisers.”

Aside from this claim, in a separate commercial, a cryptic female voice-over states that “anyone can access most personal data”

But here is the thing, auto-manufacturers already sell your data to third party advertisers. Further, the data that hackers may want would have the same firewall protections that large auto-makers currently have. And large car manufacturers have never been hacked before, right?

The same apocalyptic ‘future’ they are attempting to portray in these commercials is actually the present wherein they are the people selling your data as well as putting your personal safety at risk through want of profit and general negligence.

To prove my point here, I asked Conor Yunits who represents The Coalition for Safe and Secure Data about this issue. “Couldn’t the car manufacturers that represent your organization do the very same thing ?”

Am I voting yes? Yes and I encourage you do the same. I am generally confident as a whole that this ballot question will be akin to the 2012 vote, which won, taking an astonishing 86% of the vote.

With that being said, I’ve got a bone to pick with the Right to Repair side, and their commercials as well.

The first ad I saw from them, my gut instinct, having seen a good deal of repair shops in my day, was that repair shops don’t look like that. They just don’t. Give me some grease, poor lighting, and a crackly radio for the real feel of a repair shop.

Anyways, you really don’t need to be a cyber security expert to figure this one out. Vote yes and ride your bikes Folks!

In a city with absurdly high rental costs, why do we still accept the broker's fee? And what happens if we don't?