© Angela Rowlings for the Boston Herald

Concerns of economic injustice and cultural erasure have intensified with the recent auction of the South End’s historic Harriet Tubman House. Located at 566 Columbus ave, the community asset was founded in 1904 as one of Boston’s settlement houses.

Since 1974, when the Harriet Tubman House was built, it has been both a hub of activity for South End and Lower Roxbury residents and a nexus of support for Boston’s Black community. Previously, it was home to six community-oriented nonprofits, who provided services that ranged from housing equity, medical services, education, senior programs, youth programs, community events, and much more.

I reached out to some members of two community coalitions―Roxbury Voices and I Am Harriet! ―who are trying to preserve the history and integrity of the old South End and Lower Roxbury. 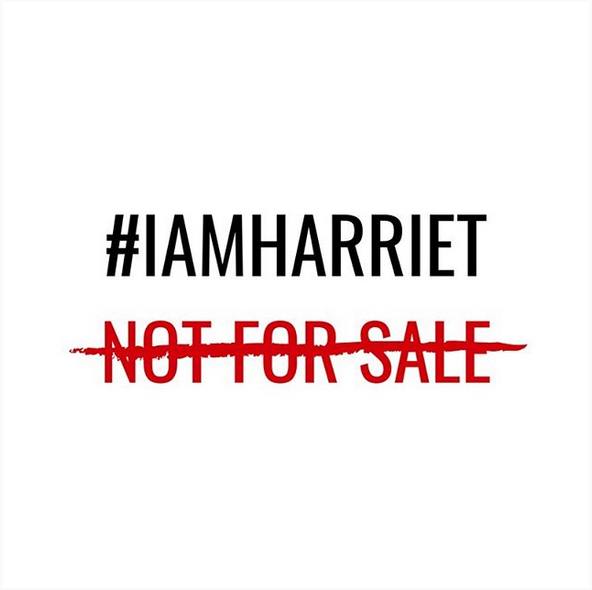 According to these community members, almost every South End and Lower Roxbury resident from the ‘70s to present has fond memories of the Harriet Tubman House. The space was host to a multitude of community and social events, such as “political forums, debates, art shows, guest speakers, funerals, celebrations, parties, dancing, and lots of wine.”  “The windows looked out on, and drew in, life from the streets,” said Eva Kerr, a former GED/ABE instructor at the House. “Because it was such an open space, it was welcoming. Anyone could see good things were going on.”

Perhaps most beloved by denizens of the Harriet Tubman House was the fact that the original House, at 25 Holyoke Street, was founded by six Black women (using a property that Julia O. Henson, a personal acquaintance of Harriet Tubman, donated to Grandma Moses herself): Cornelia Robinson, Annie W. Young, Fannie R. Contine, Jestina A. Johnson, Sylvia Fern, and Hibernia Waddel.

In January of 1960, 15 years before the current Harriet Tubman House was established as a community center, the United South End Settlements (USES) was formed as a means to incorporate the city’s remaining historic settlement houses into one fund-sharing organization. Later in the decade, the Boston Redevelopment Authority (BRA) created a partnership with USES as part of the Agency’s “urban renewal” efforts, designed for areas like the South End and Lower Roxbury.

Once the Harriet Tubman House was built, an amendment was made to the South End Urban Renewal Plan (SEURP), stating that the building should be designated as “a community facility to meet the needs of the residents in the Lower Roxbury section of the South End,” and that no party, including USES, could convert the property “or any part thereof for any use other than the said permitted uses.”

Yet, in February of 2019, USES sent out a memo announcing that the Harriet Tubman House would soon go up for public auction. The decision to auction the property was made during a series of “public meetings” of which community residents told me they were not aware. A decision was then made, without community input, to allow New Boston Ventures, LLC to redevelop the historic community asset.

But what happened to the Harriet Tubman House’s protected status? The building itself was deed-restricted, which in this case meant that the building had to stay a fully operational community center for as long as the city’s South End Renewal Plan (SEURP) was in effect. The SEURP is not set to expire until 2022, which means that the sale of the House to luxury condominium developers is seen as unlawful.

Somehow, USES was able to circumvent the Harriet Tubman House’s protections. It is my opinion that USES could not have gotten the restrictions lifted if it hadn’t had such a strong link to the BRA, now called the Boston Planning and Development Agency (BPDA)―arguably the central force behind the city’s housing and real estate crisis.

GENTRIFICATION, RACISM, AND OTHER OPEN SECRETS

Two not-so-secret histories coexist in Boston, and they often have to confront one another. The first is the cause of our city’s rampant gentrification.

Boston’s redevelopers have had the run of the city for well over half a century. In the 1960s, codified terms like “urban renewal” circulated among building developers and politicians, while redlining campaigns were enacted in the neighborhoods. In 1987, then-mayor Ray Flynn took the BRA off the city budget and allowed the entity to be funded solely by its developer clients. Without city council supervision, developers were essentially cut loose. While the BRA was still answerable to the mayor, it was not answerable to the people of Boston. In 2016, amid a sea of evidence of misconduct and ineptitude, the BRA was consolidated into the BPDA. Immediately, the new entity adopted what local journalist Rachel Slade referred to as “a build- more, build-fast” policy of “approving as many projects as quickly as possible.”

This is where Boston’s racist past―the second not-so-secret history―comes into play.

Mayor Walsh believes racism to be a “public health crisis” in Boston. While he’s recently pledged to make the city an oasis in a desert of racial injustice, the inconvenient truth sits so close to the surface that if you scratch it, it’ll bleed. It has become apparent that his concerns are primarily reactions to recent headlines, and not to Boston’s ingrained legacy of racist zoning policy. 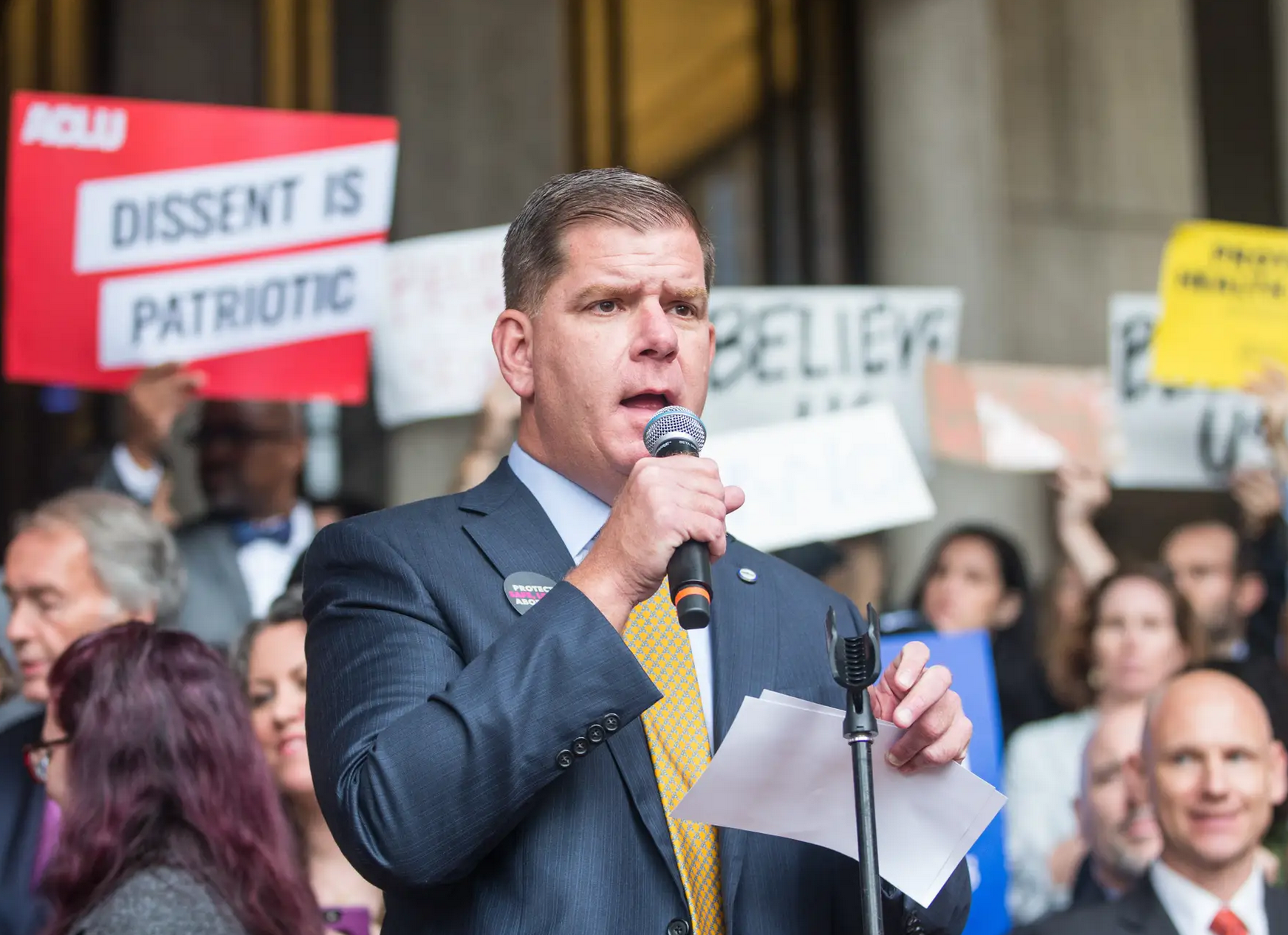 City officials like Walsh have yet to publicly account for how redlining carved de facto segregation right into the city map, the busing crisis that resulted, or the systematic diversion of resources and infrastructure that persists.

Furthermore, when elected officials profess their allyship, are they truly aware of the vastness of Black history in Boston? There were cultural institutions like the Hi-Hat Jazz Club (where the Harriet Tubman House now stands), in which Billie Holiday, Miles Davis, and Thelonious Monk played. There were churches, like the Ebenezer Church, founded by former slaves, in which congregants attended services for centuries. Last but not least, there were centers for community aid, like our many historic settlement houses. Despite representing a vibrant history, these institutions are in danger, as some of them have already fallen victim to luxury condo projects.

The people of Boston deserve more than to have our history torn down and replaced by, as one group member put it, “a tall unseeing height of brick or concrete.”  The South End and Lower Roxbury, both targets of gentrification since the Sixties, are rapidly losing the character and resources that make them tenable communities for the non-rich.

Community members acknowledged that the Harriet Tubman House was “in desperate need of repairs.” Rachel Goldberg, IAH! member and owner of Goldberg Real Estate and Funding Group, stated that the sale of the House was “not necessary.”  She added, “There are so many options and alternatives that exist for real estate assets, the last being demolition. It is a travesty that the plan for a better more efficient facility are not being explored.”

If the city should lose the Harriet Tubman House to gentrification and the BPDA, it will “lose its respect and credibility” along with it, said another. “ is becoming known as a city that violates its agreements and puts private interests above citizen needs.”

In response to the changing economics, demographics, and real estate in Roxbury and the South End, a youth coordinator at the Harriet Tubman House put it best: “When you see new buildings going up—we know they are not for us.” 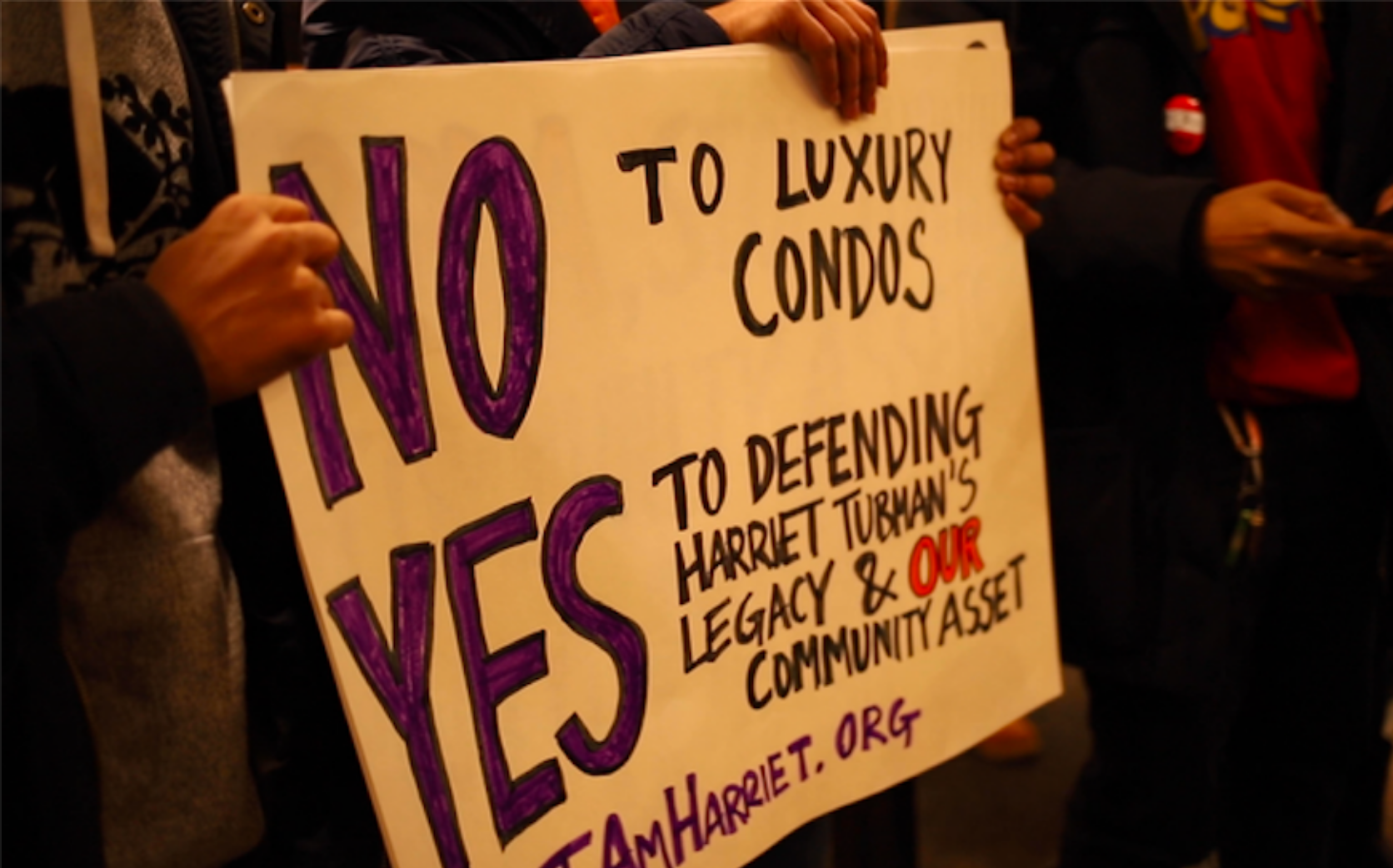 (More info about the BPDA and the call for its abolition can be found here and here.)