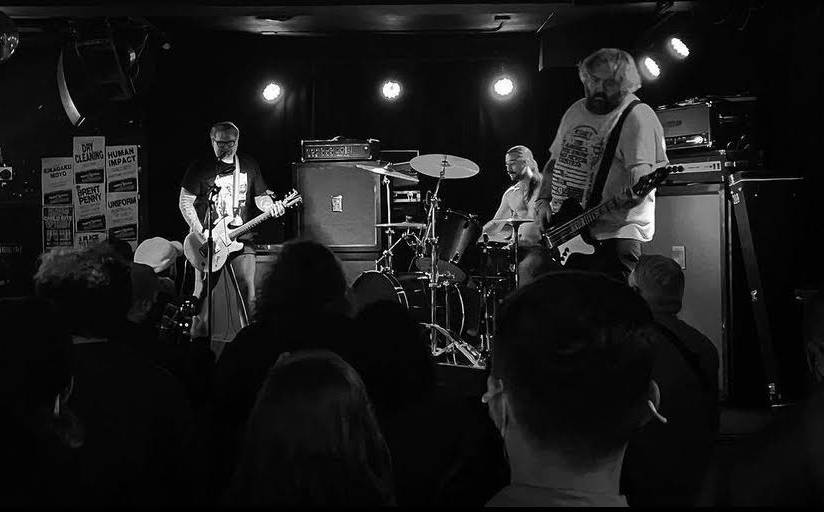 I had posted that I was going to a show. My musical soulmate, a friend with impeccable taste in all things heavy, messaged to say he was jealous. Not about the band I’d come to see, but about another group on the bill. I got excited. I love stumbling across bands by happenstance. The band Big El was talking about: Body Void.

Crammed at the front of a crowded venue in Cambridge, Massachusetts, Body Void took the stage. The room was suddenly overcome by something intense and doom adjacent, but somehow… darker. The music is sexy and drippy and dark, a perfect complement to the other performers on this particular tour, Portrayal Of Guilt and Uniform.

On their recent tour, when I saw them play, Body Void was: Willow Ryan (guitar and vocals), Eddie Holgerson (drums) , and Kayns-Iren Faughn (bass). Though originally formed in San Francisco, California the crew has since moved to New England.

When asked what genre they consider themselves doom, crust, and sludge came as fitting replies. I read comment after comment from fans who consider the music too much of a blend to label as anything else. Fair enough. When I listen, I am reminded of Couch Slut and Chained To The Bottom Of The Ocean, if that helps.

When I looked into it, I saw I was late to the party. Body Void formed in 2014 and is widely celebrated for their punishing and beautifully adorned releases starting with 2017’s Ruins, their debut.

More recently the crew released their third full-length album, Bury Me Beneath This Rotting Earth, on Prosthetic records. About the album, Willow tells me “it was recorded during the pandemic and focuses on the effects of climate collapse, capitalism and white supremacy in the US“. Heavy topics for heavy riffs.

The band says that this year they are hoping to get back on the road as much as possible, COVID permitting. That said, if you get the chance, catch them live. You won’t be bummed you did. Until then, listen on Bandcamp and follow them on The Gram for updates as they occur. 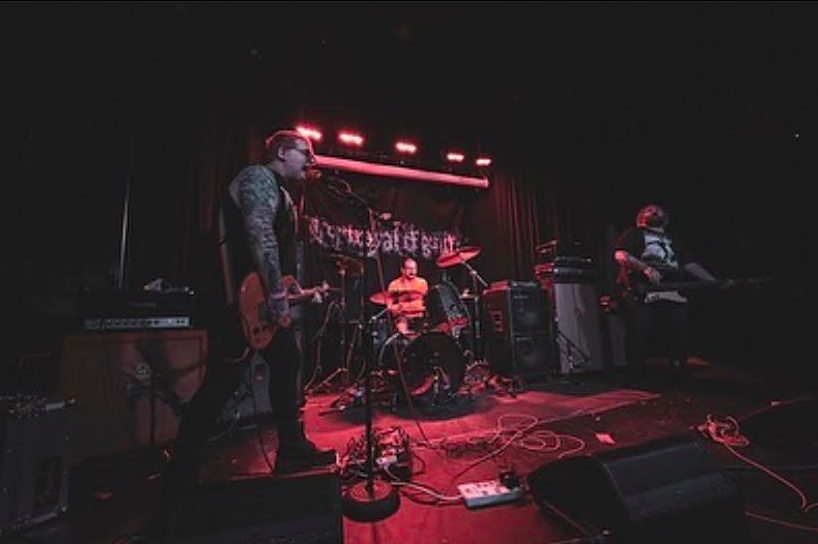