What an incredible show! Two local weirdo powerhouses (the Particulars and Tredici Bacci), along with two touring bands (Currents and Kagero) that seriously brought the heat! 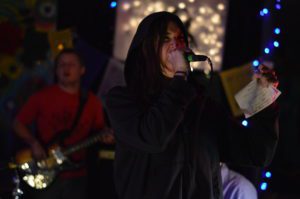 Starting off the night were Boston cool kids the Particulars with an altered lineup. Normally fronted by Wildman Billy McShane, the group instead treated the audience to the presence of his sister Katie, who did nothing not to keep the funky feel of the Particulars alive. 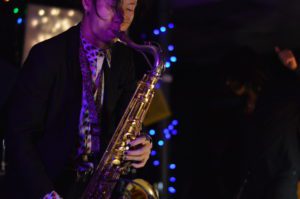 Up next was the Japanese band Kagero, who brought amazing energy with their performance. The crowd was already buzzing before the band even finished warming up! This instrumental group was absolutely insane; their intensity was tangible. 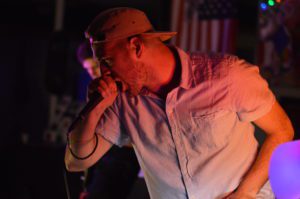 Hailing from Connecticut, Currents took the stage next. This group was much fiercer than the other bands this evening, but their musicality and force had the people in the crowd bumping into one another and headbanging. 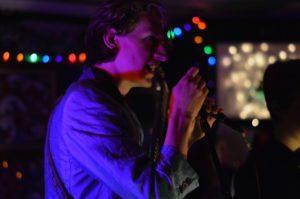 Finally, the headlining band of the evening were locals Tredici Bacci. As you can tell by the angle of my photo, to start their performance bandleader Luxardo invited the crowd to help make the set more intimate by having everyone sit down. With Luxardo’s outrageous stories and the sheer talent of the collected Tredici Bacci membership, this show came to an end on a very high note!