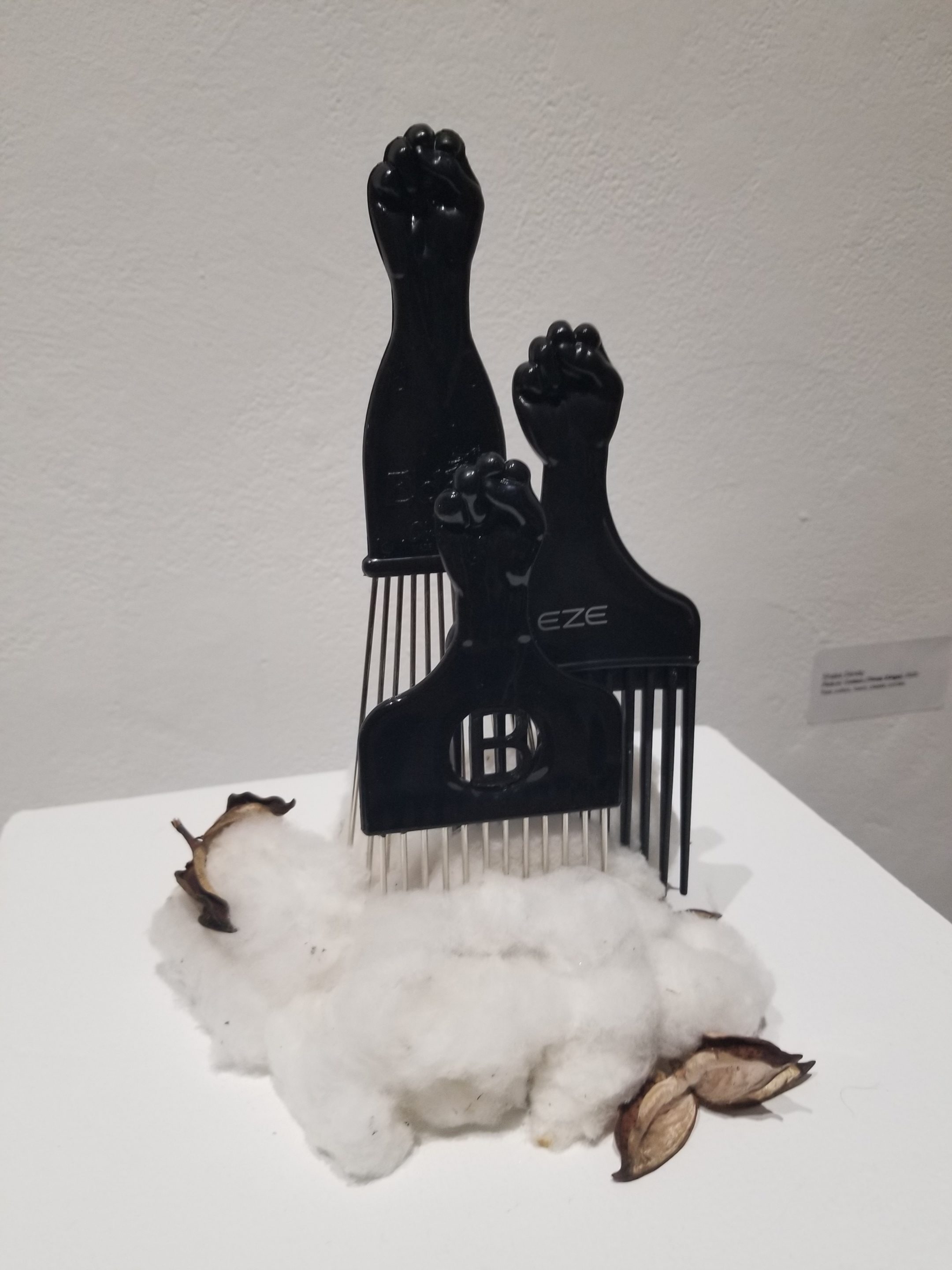 I’ve always wondered why it’s illegal to cut the tag off of a mattress. How would anyone even know? Are the cops going to show up all of a sudden and arrest me? The logic behind this miniature stitch of legislation is borne of good intentions, I’m sure, but then so is the road to hell. In the end, all that matters is whose finger is on the trigger.

Shaka Dendy and Noriyoshi Needle explore this concept in their latest show at the Godine Gallery, THEFT OF THIS CASE IS PUNISHABLE BY LAW. Instead of a mattress, the show centers on the common milk crate. Through the focus on such an omnipresent and utilitarian object, the two artists consider themes of criminalization by reinterpreting the crate and the ideas that it represents.

When it comes to delivering the message, Dendy shouts. The ideas in his work are sophisticated, but the presentation is blunt: you don’t get much more matter-of-fact than a gigantic black cross made of milk cartons. Needle, on the other hand, is more subversive. By incorporating ideas like play and community, Needle comes at it from a different angle. Though the overall discussion is a serious one, the subtle use of humor by both helps ground the work. 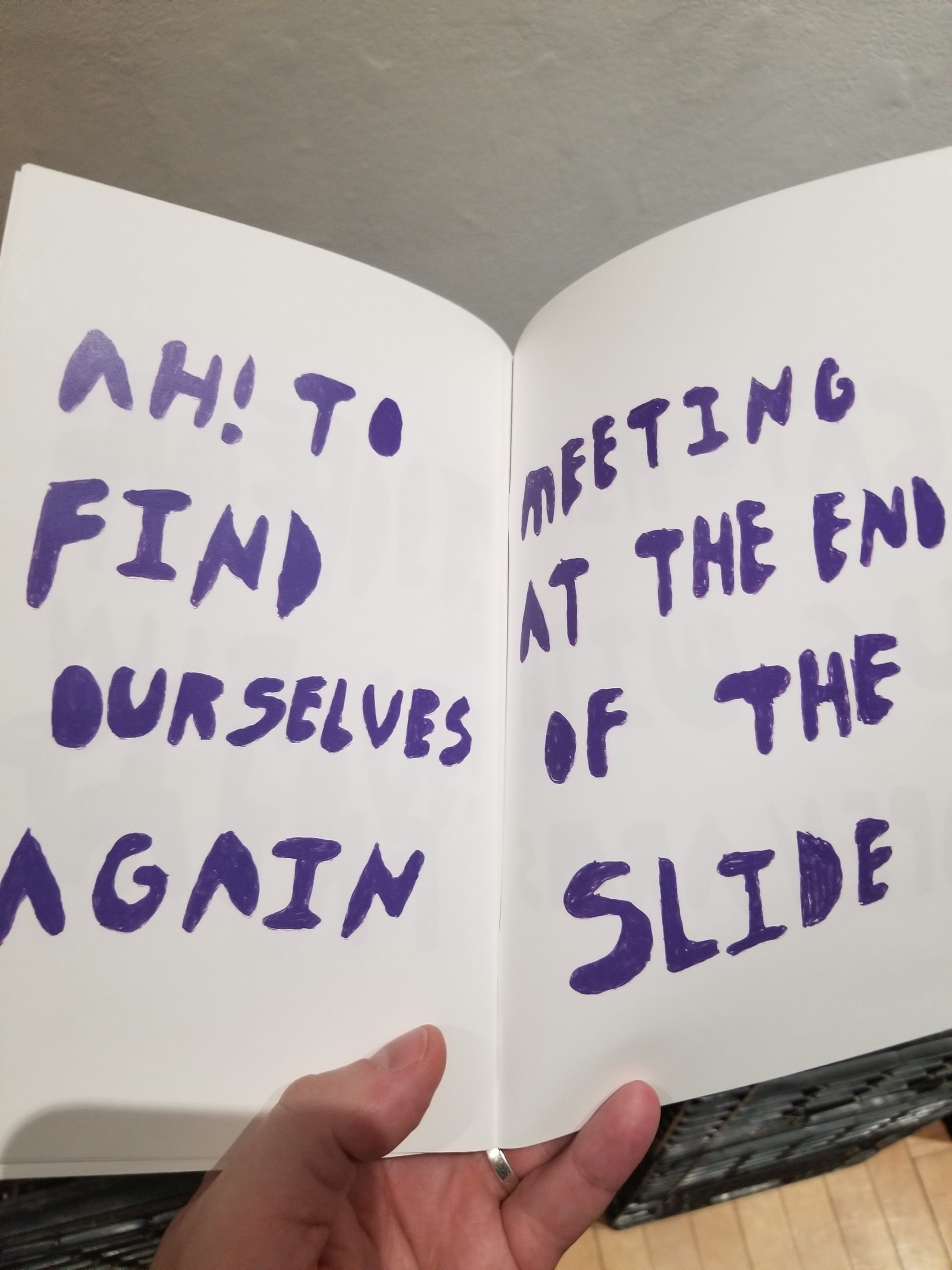 Needle’s piece, #property5ever is a prime example of their subversive approach. In the video, we witness relatively mundane conversations with police officers who have a milkcrate digitally superimposed over their faces. It’s incredible how a simple “filter” takes so much power away, as it’s impossible to take someone seriously when they look so ridiculous. There is power in perspective. 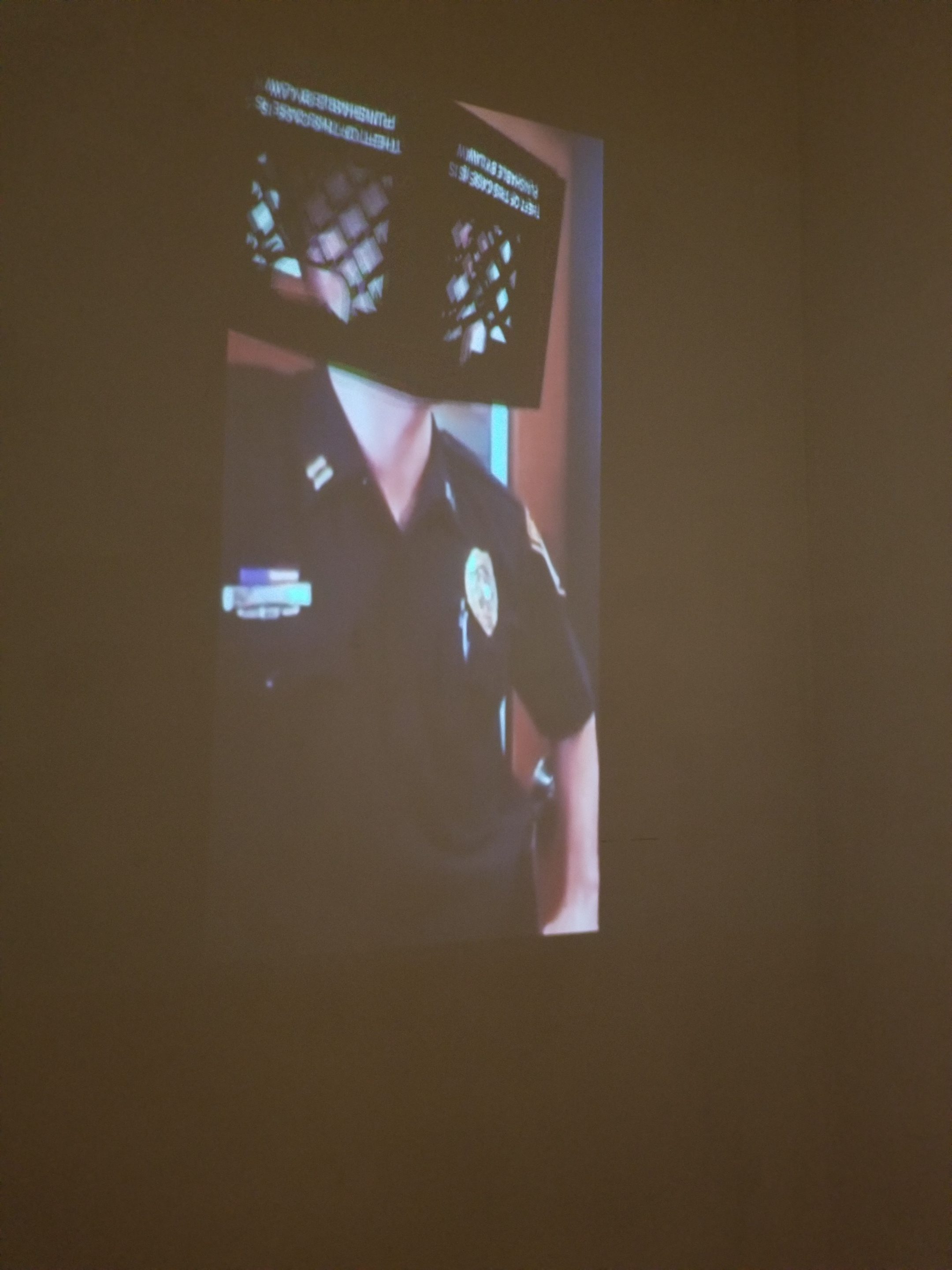 In Scamps on Mission Hill, Needle’s video shows a group of young people exploring ideas through group exercises and play. They engage in games, they use milk cartons as stilts, all in a playground environment decorated with banners stating “BEDTIMES CAN’T STOP US”, “PLAYGROUNDS NOT PRISONS”, and “RECESS REVOLT”. Over the course of the recording, we see the same camaraderie one might find in a typical rec league sport, only with less competition and more cooperation.

Dendy also invites reflection. In Unnecessary Force, he takes a fresh white Nike Air Force One sneaker and paints a small, eye-catching red dot on it. Here, the dot draws the viewer’s attention and raises questions, but in the Jim Crow South, this was a code used by restaurants to mark dishes that were only to be used by black people. While the piece is a direct influence of the work of Howardena Pindell, the modern context gives it new life. 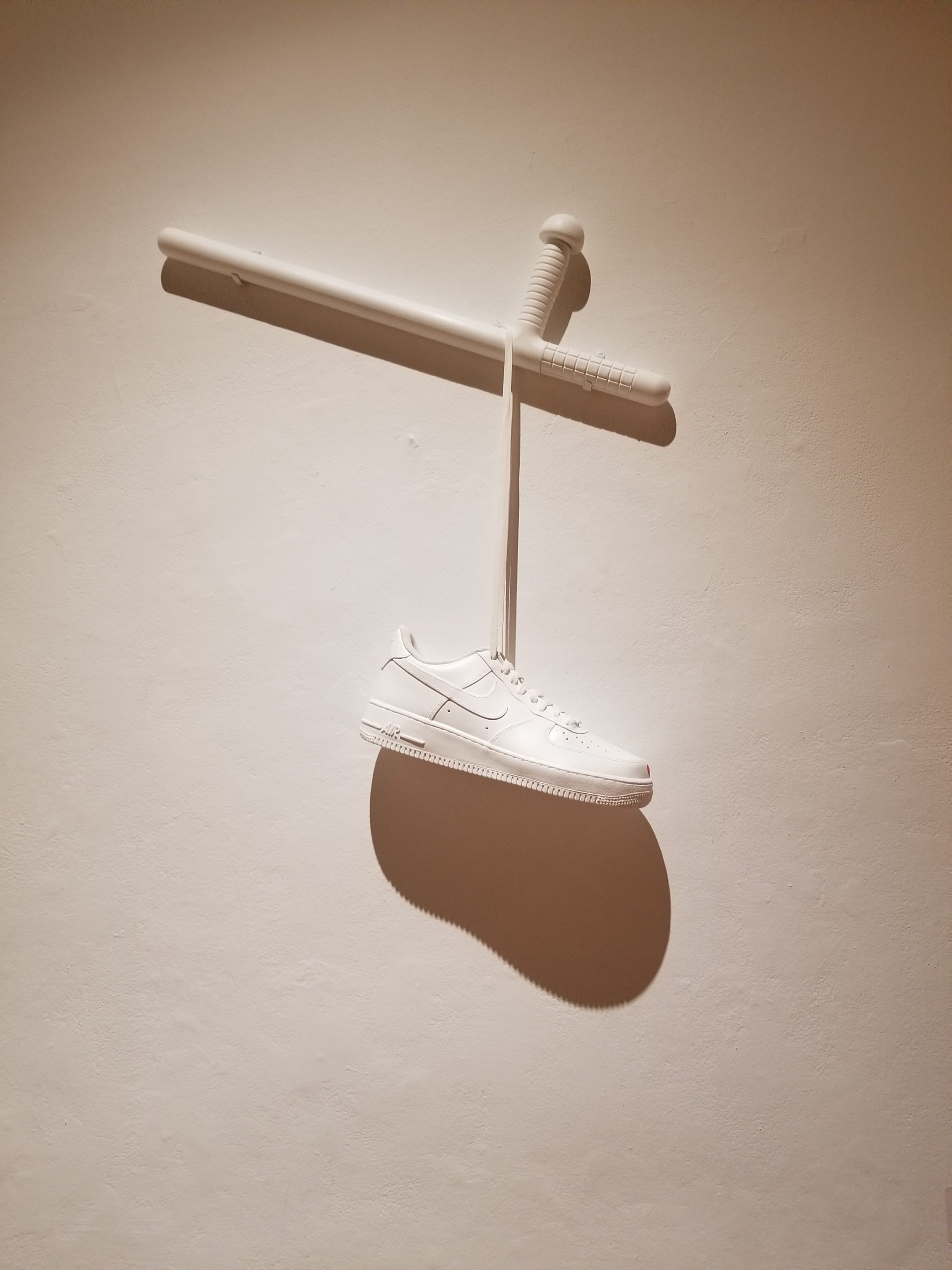 The Suspect is a Black Male Approximately 6 Feet Tall is one of the most powerful artworks in the show. We see milk crates stacked against the height measurements of a police lineup, and while the message is not subtle, it doesn’t have to be. By keeping the composition simple, Dendy lets the viewer fill in the details, and gives a straightforward message room for interpretation.

Even though each one takes a slightly different approach, the two artists complement each other well. It didn’t feel like two shows crammed into one room; rather there was a harmony that helped emphasize the theme. Like the milk crate or the empty threat of a mattress tag, the power is not in objects themselves, but the ideas and the people behind the artwork.

I’m excited to see more work from this duo, but in the meantime, you can catch more of Dendy via his band, Camp Blood (they just released a music video). I also recommend keeping The Godine Gallery on your radar as a place to see great art. Not only is it super accessible and well put-together, but its location, inside MassArt, means you get to see lots of other cool stuff along the way. 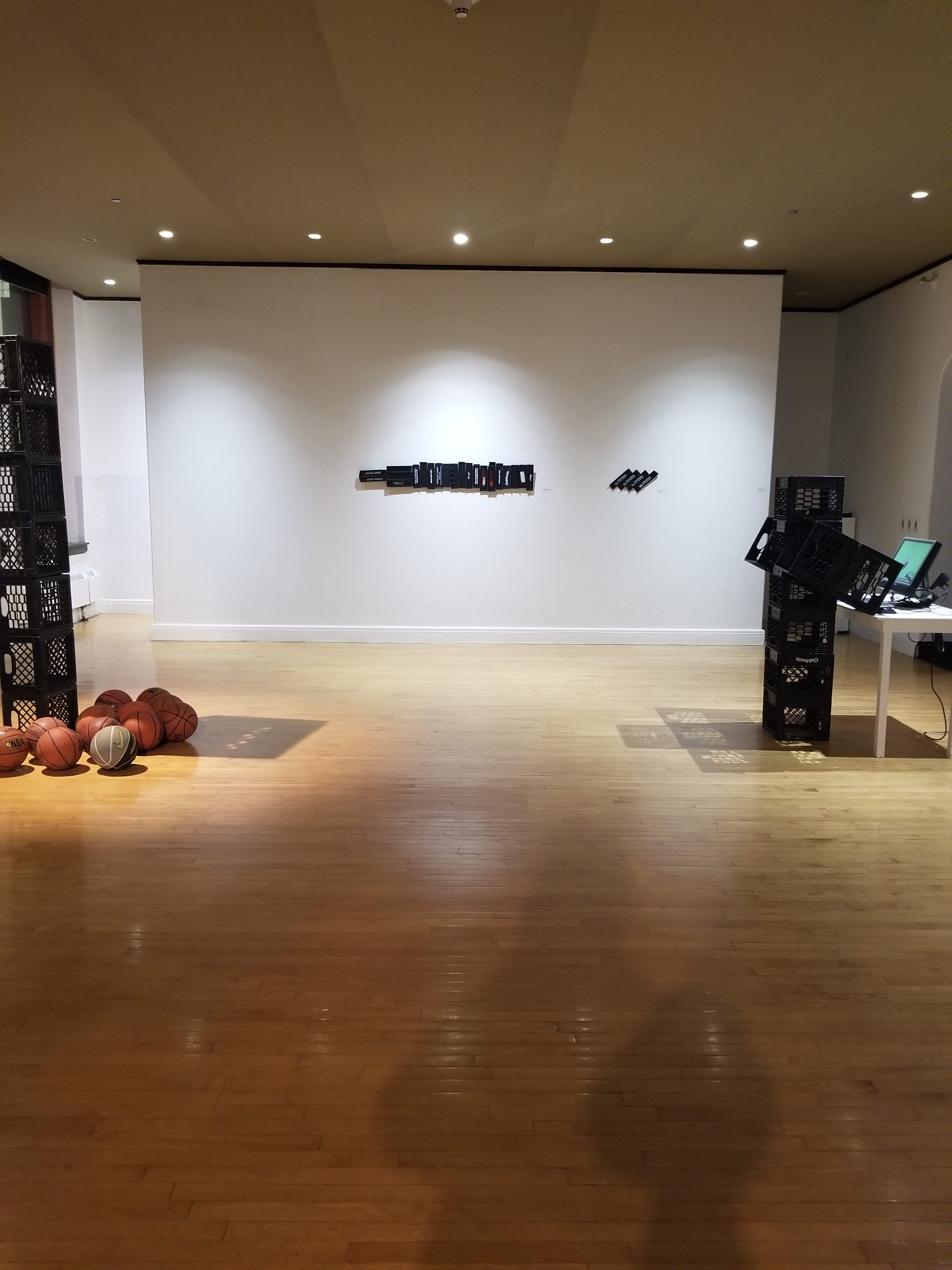