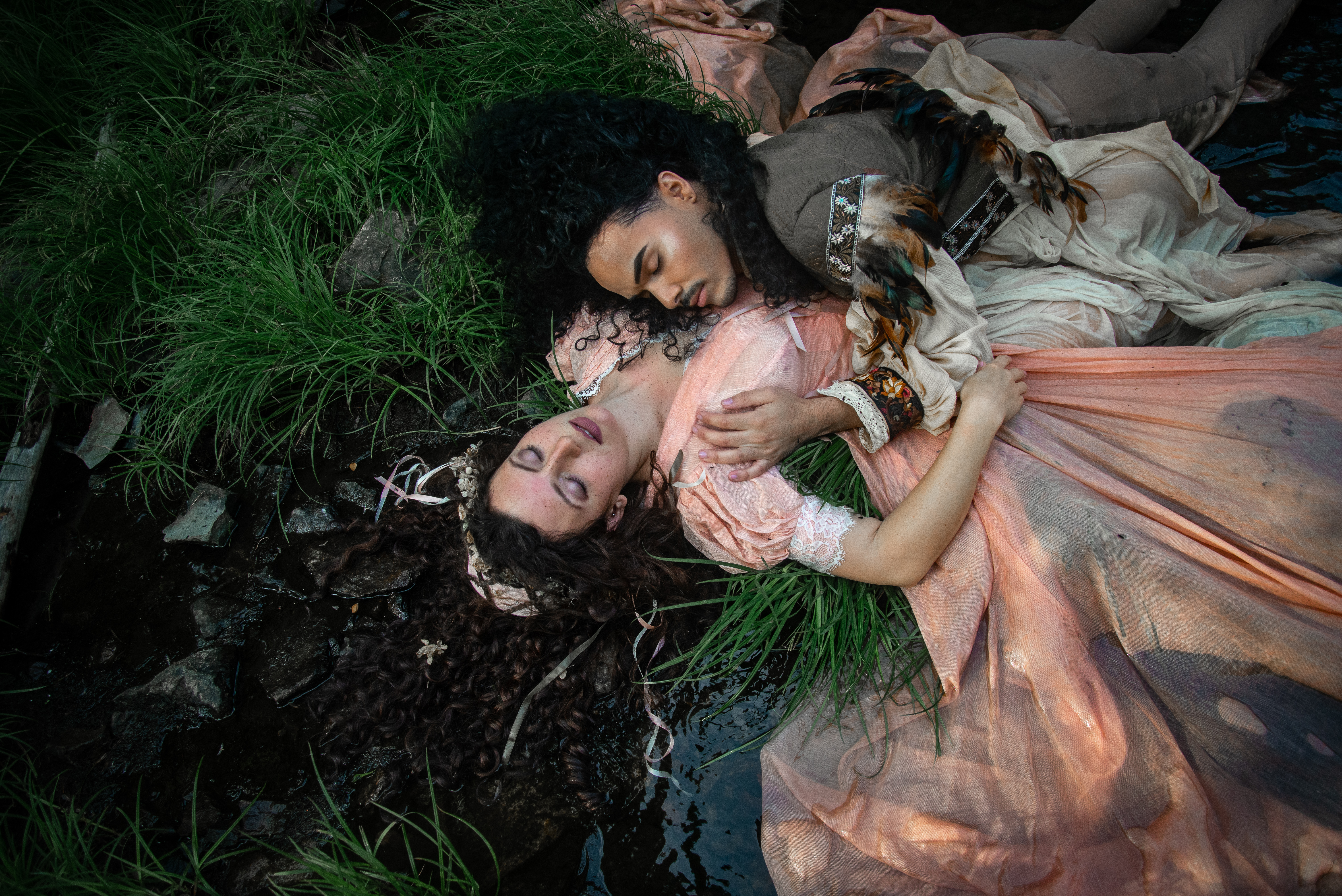 The gallery space at Out of the Blue Too was crowded when I arrived and the air was already thick and hot. Sweat dripped down my back as I wove my way through the forest of art-lovers at the show. I reached the main table where proofs for Mae Horak’s book, a rich re-telling of the fairy tale that inspired her, were being snatched up by visitors in eager anticipation of the artist’s final product.

Horak’s original inspiration came from indie rock band, the Decemberists’ album “The Hazards of Love”. The title of Horak’s project, “The Taiga” comes from the word for the snow forest biome in which Horak imagined her own retelling taking place. Horak said she wanted to focus on personifying the forest in her costume design, and so she allowed nature to come to life in vibrant and elaborate ensembles that lent her whole project a mystical and magical quality. 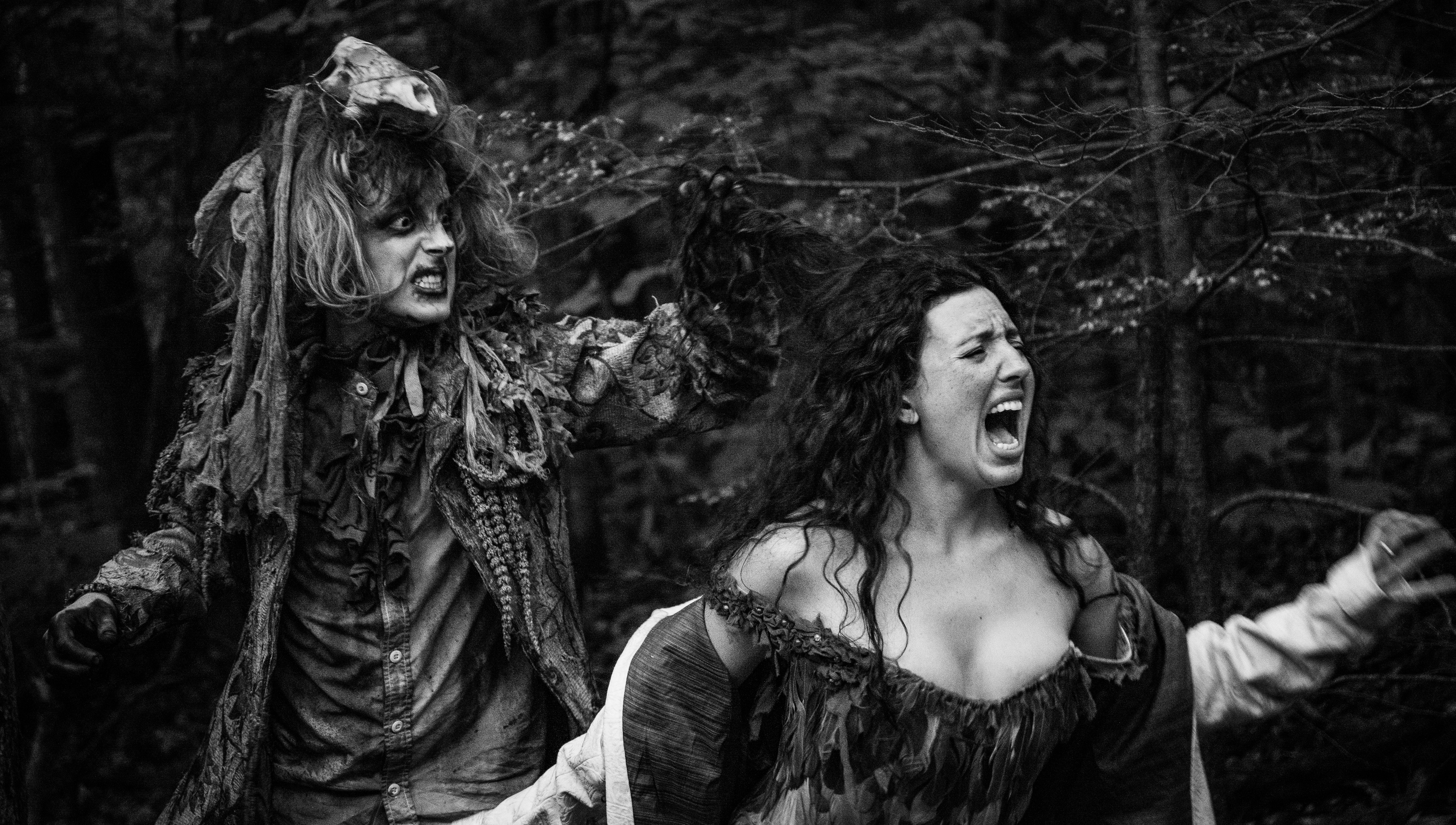 As I worked my way back in the gallery, I was struck by the intensity and pain conveyed in Horak’s piece The Abduction of Margaret. While I am not going to retell the entire story for you here (please give “The Hazards of Love” a listen!), a photo like this one can stand alone with its morbid intensity. The Rake has been given permission to violate Margaret by the mother of Margaret’s lover. This piece not only horrifies its viewer with the look of objectifying hatred on the Rake’s clownlike face, but also portrays Margaret’s terror through the blur of her frenetic hand and her pained and piercing facial expression. She is only held by her hair, but her face expresses all the horror she feels being looked at by the rapacious, crazed face of the Rake. 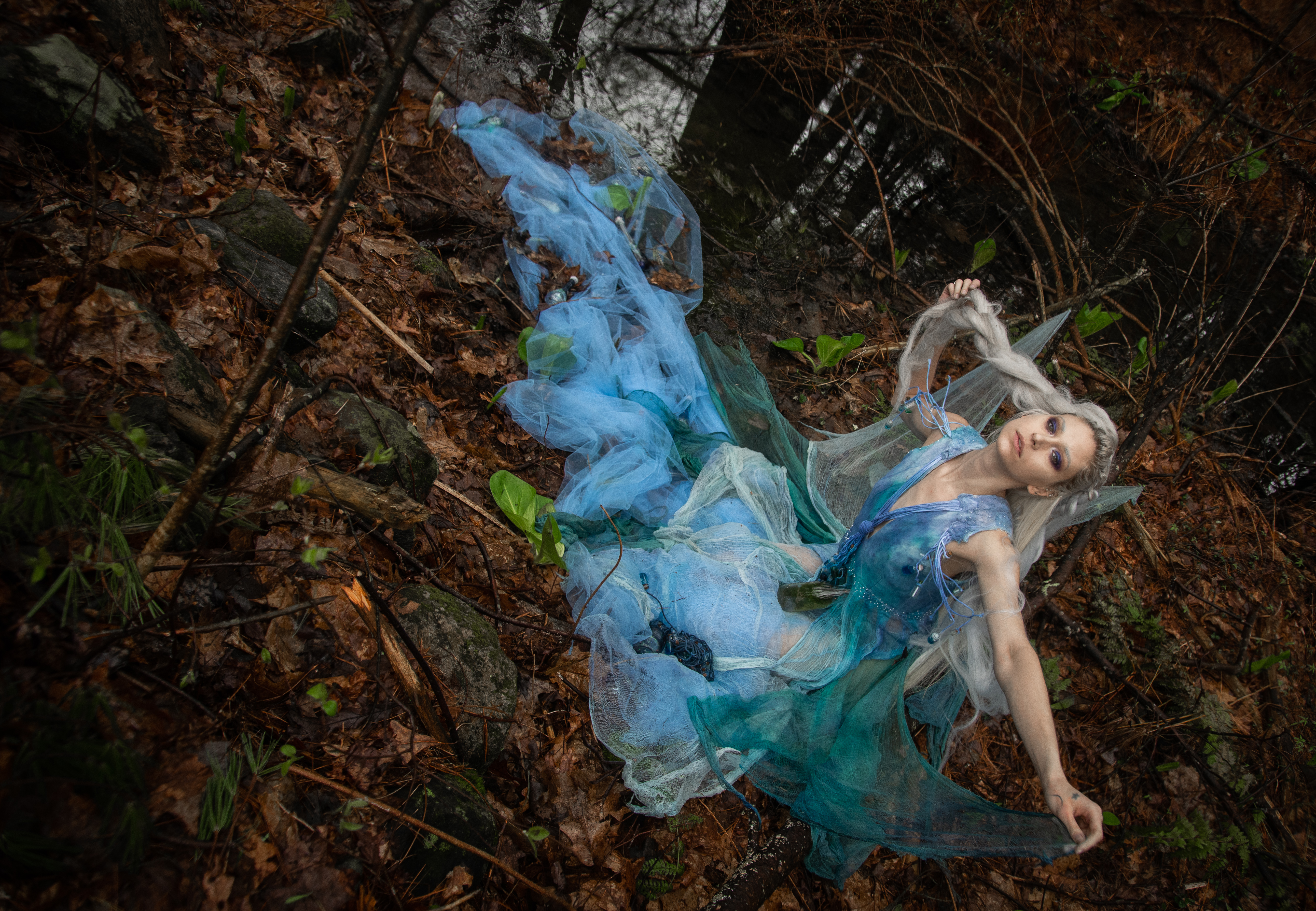 Horak’s approach to this fairy tale through costume and photography complicates the ideas in the images she places before us: if these are archetypes, then they must be faceless and personality-less. But Horak’s artistic talent faced the archetypal love story with fearless creativity, as she designed costumes that established the mystical romance in material. Horak told me she likes to work with actors as her models because the element of drama is so important in conveying a story, particularly a fairy tale which personifies what has no obvious personality (like the taiga) and is driven by concrete conflict between archetypal figures. 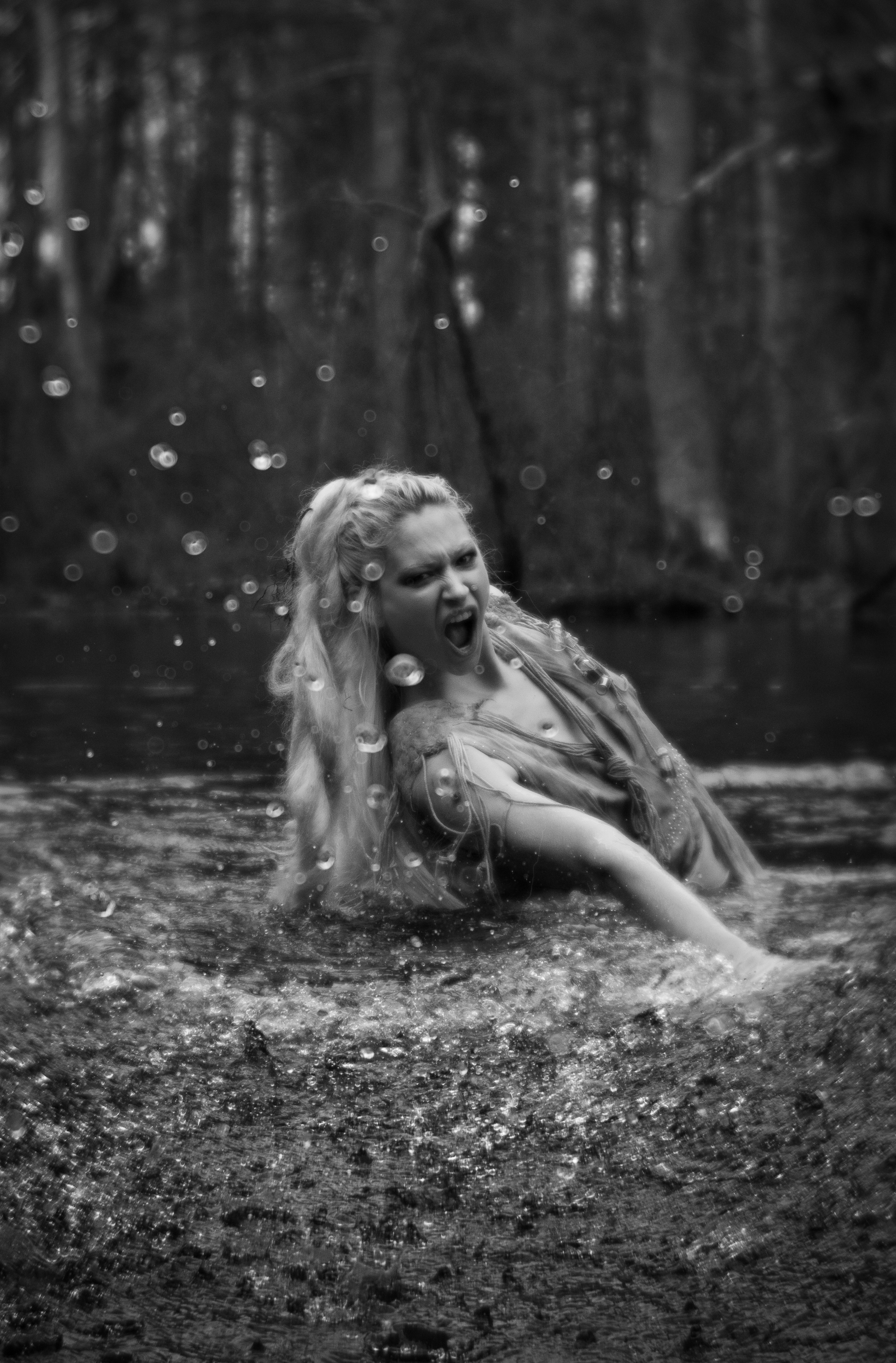 One of my favorite pieces was the personification of the Annan Waters, the river to which William promises his life if he is only granted passage to rescue Margaret from the Rake. Another dynamic piece of Horak’s, from the jagged surface of the water to the unfocused drops of water that glitter in the air to the fierce, almost gleeful face and pose of the model who personifies the Annan Waters. 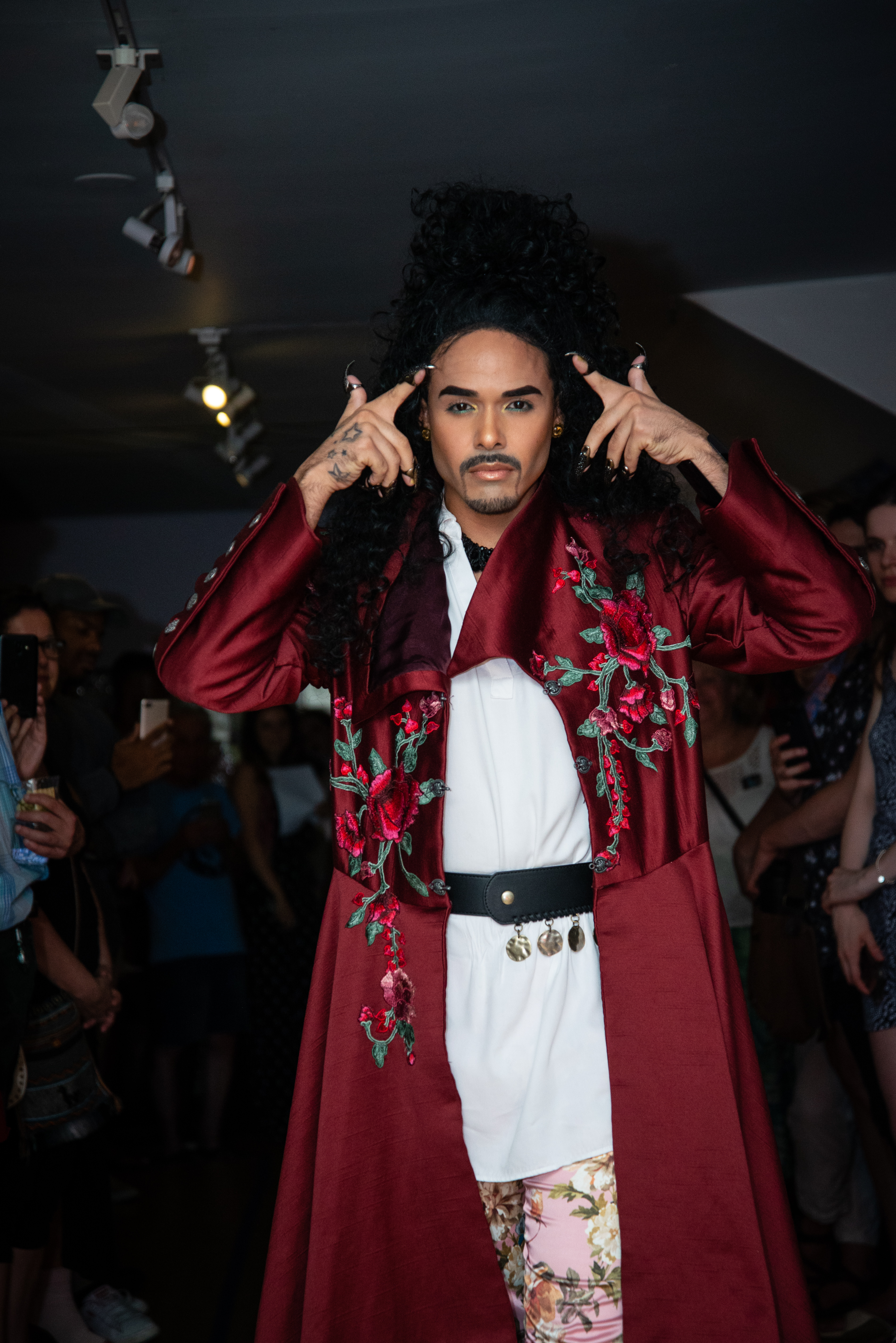 The fashion show, which took place later in the evening, brought Horak’s creativity to life for all of us gallery-goers. The models all took their part in the project seriously, but at the same time they seemed to be indulging their own love of wonder and fairy tale along the runway. Seeing Horak’s work on the runway made this hybrid project of fairy-tale-fashion-and-photography come to life in a tangible way that reminded me of the ever-developing meaning of fairy tales as they are approached with fresh eyes and brilliant creativity. Horak is one of those artists whose creative genius is well-suited to portray archetypal stories in a meaningful and utterly delightful way to the rest of us. 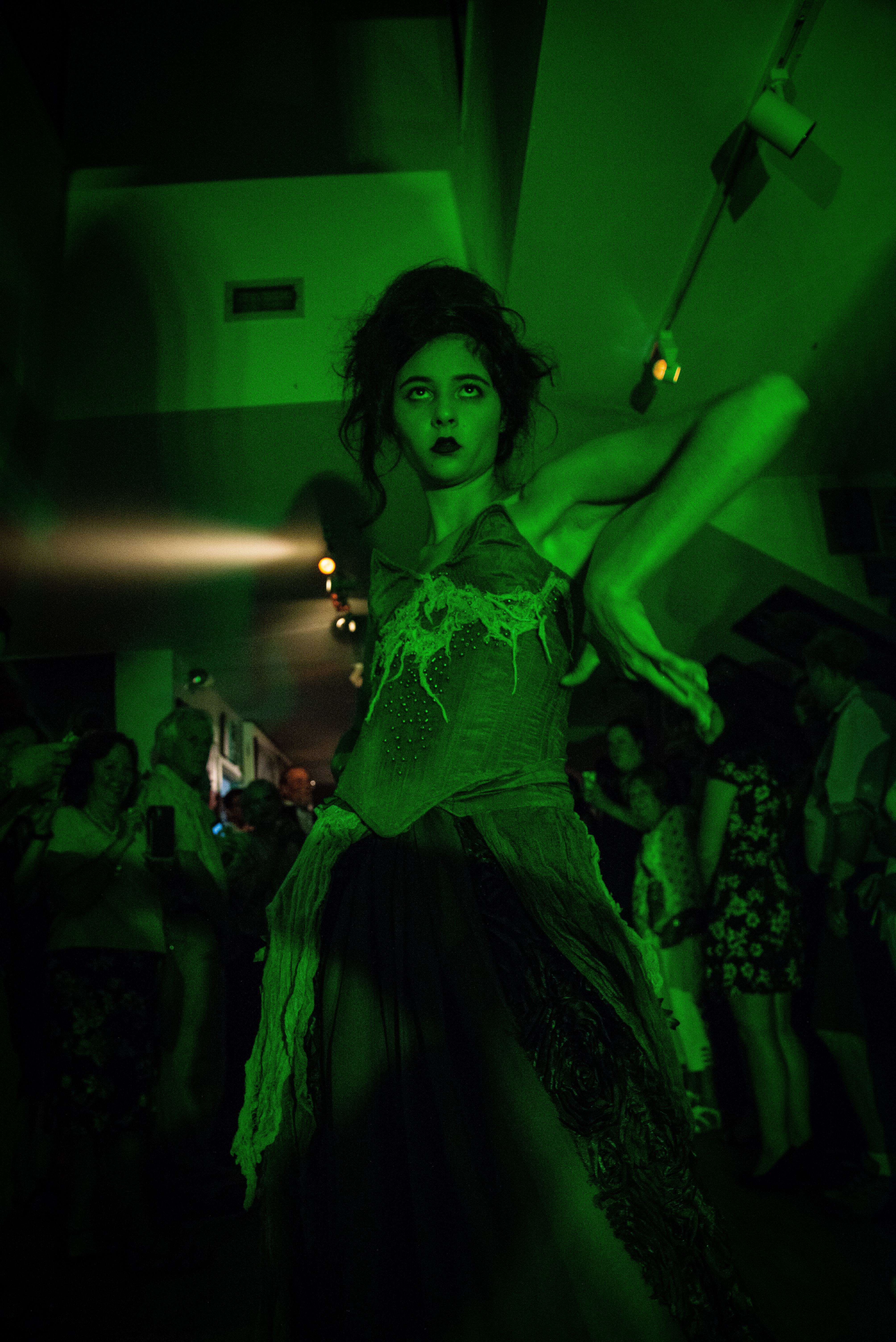 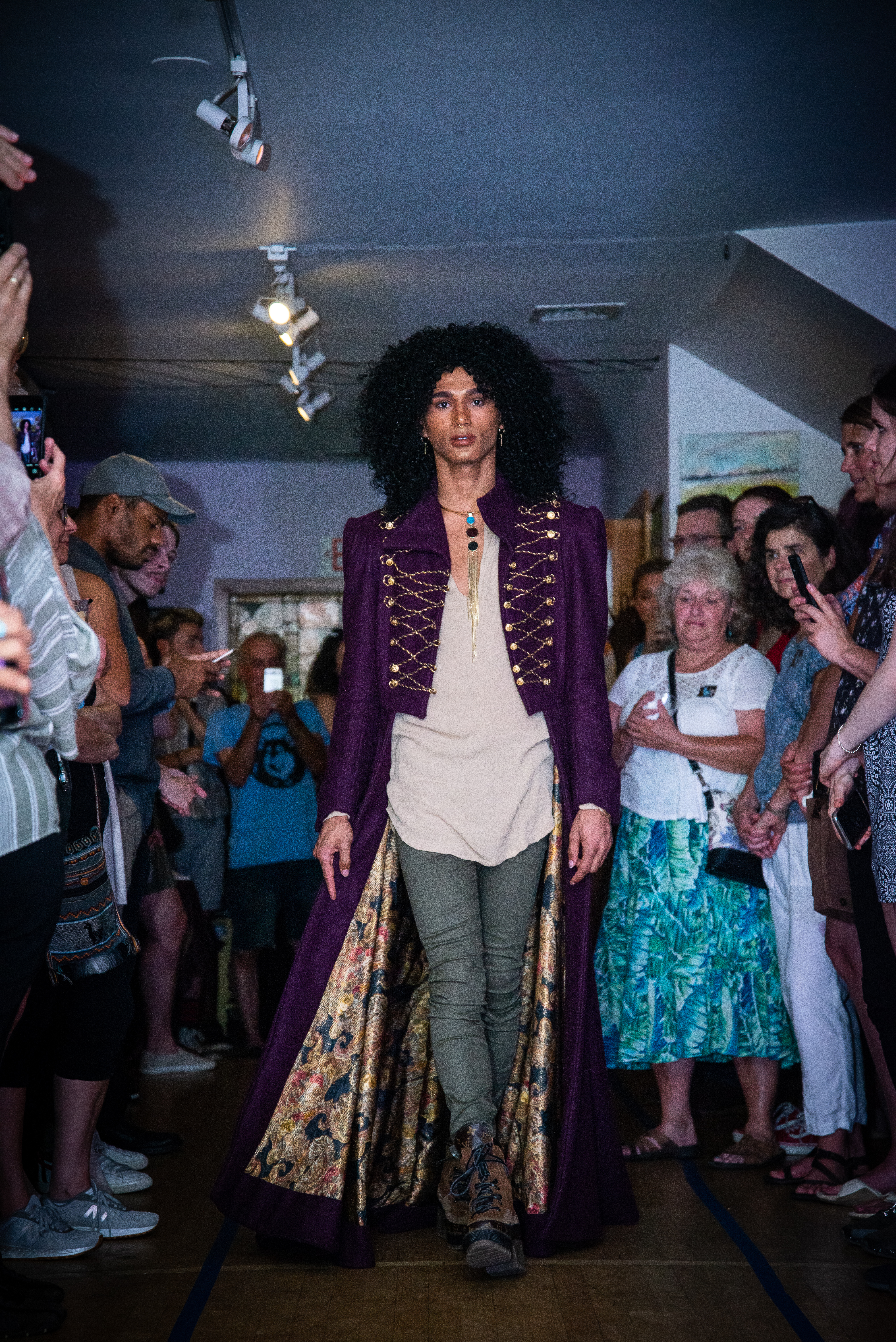 Mae Horak is excited to announce that The Taiga is going to be published as a coffee-table style hardcover book this winter. 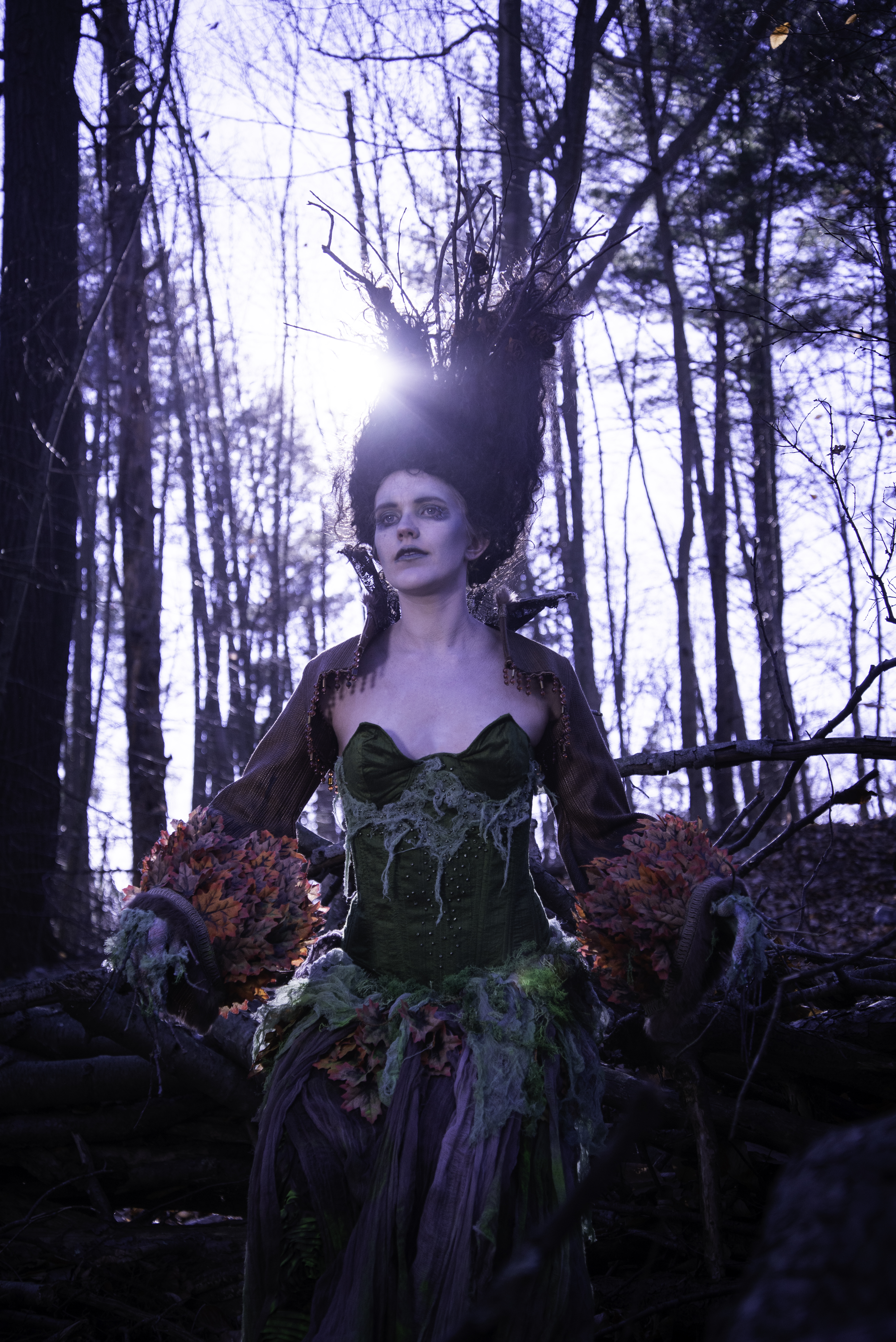 Tags: Allston, digital photography, fairytale, Fantasy, fashion, fashion show, mae horak, Out of the Blue Too, The Decemberists, the taiga, went there