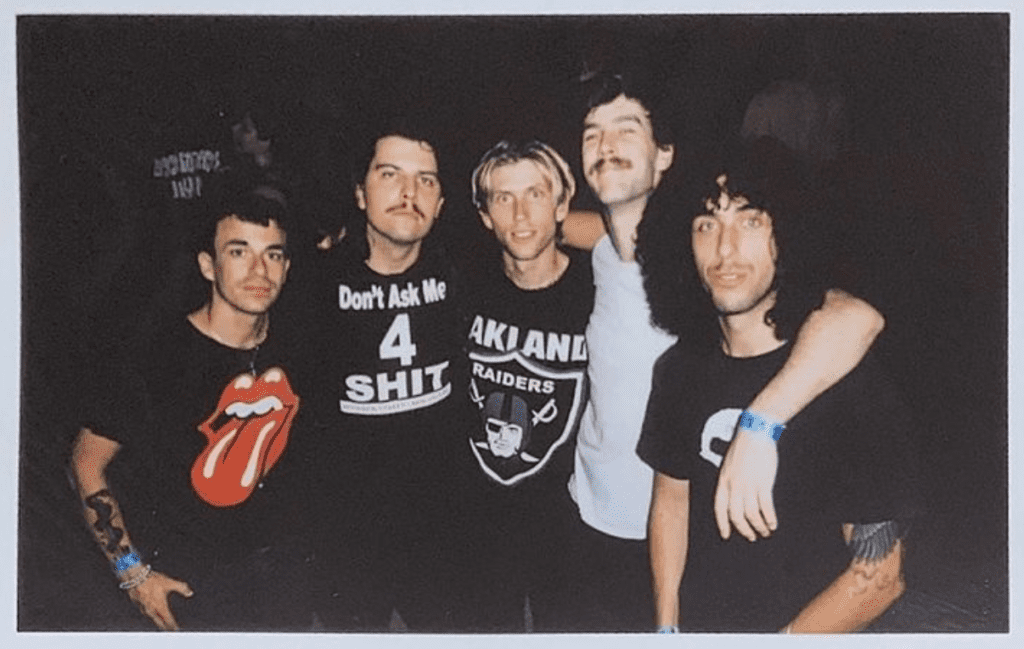 A friend asked me what my favorite show was so far this year. I thought back on what had to be at least four dozen shows before replying — It was SPY at the Middle East.

I was lucky, catching the crew in Cambridge, MA in a room full of friends and family. I was already a fan, but didn’t expect their set to haunt my daydreams for weeks. So, following the show, I reached out to speak with them — I had to know more.

SPY is best suited to fans of hardcore punk, a genre they used to self-identify with when asked. There is no question this descriptor is accurate with warring guitars supporting vicious, detached, straight-forward vocals. Cole Gilbert on drums has me feeling like I’m marching into war, and I’m ready for it.

The band consists of Peter Pawlak on vocals, Drew Satterlund and Cody Kryst on guitars, Thomas Sherry on bass and the aforementioned Cole Gilbert on drums. The band formed in January 2020, and hails from the notorious and celebrated Bay Area, a spot known for producing kingship bands like genre-associates Gulch and World Peace. What’s in the water, San Jose?

When Pawlak wrote the four songs that became their first release, Service Weapon, the band became official. With songs to share, he then contacted friends, asking if they’d like to come together as a band. The following year we were blessed by Habitual Offender, a six song, ten-minute-and-four-seconds masterpiece. It’s on this album that you’ll find “Exceptional American,” a song I personally listen to on repeat.

The band’s Cambridge set was wild, with a constant barrage of bodies being thrown from the stage with the utmost abandon. I threw elbows and fought to remain upright against the stage. A world-class, violent, and dangerous pit experience, just the way we like them. Also playing that night was Kidnapped, MS Paint and Peace Test — truly an unfuckwithable night of bangers.

The crew has just finished up their very first European tour, a much deserved honor. I watched closely and with incredible jealousy as they moved from city to city. The energy looked wild in each and every packed, dark room they graced.

SPY members stay busy, I’m told “We all play in other bands”. They went on to list Fentanyl, Superworld, Brahm, Scully and the previously mentioned World Peace.. to name a casual few. To be noted, the crew’s Massachusetts connection having just put out a split with Worcester-based band Maniac. “Their side of the split rules, go check it out,” Pawlak tells me of the project, released this year by Triple B Records.

The crew posts regularly to their Gram with pertinent updates and show announcements. Give them a follow to be sure to catch them when they’re local. Missing a gig would be foolish, if not unforgivable.

KEEP UP WITH ALL THINGS SPY!
SPOTIFY
BANDCAMP
INSTAGRAM