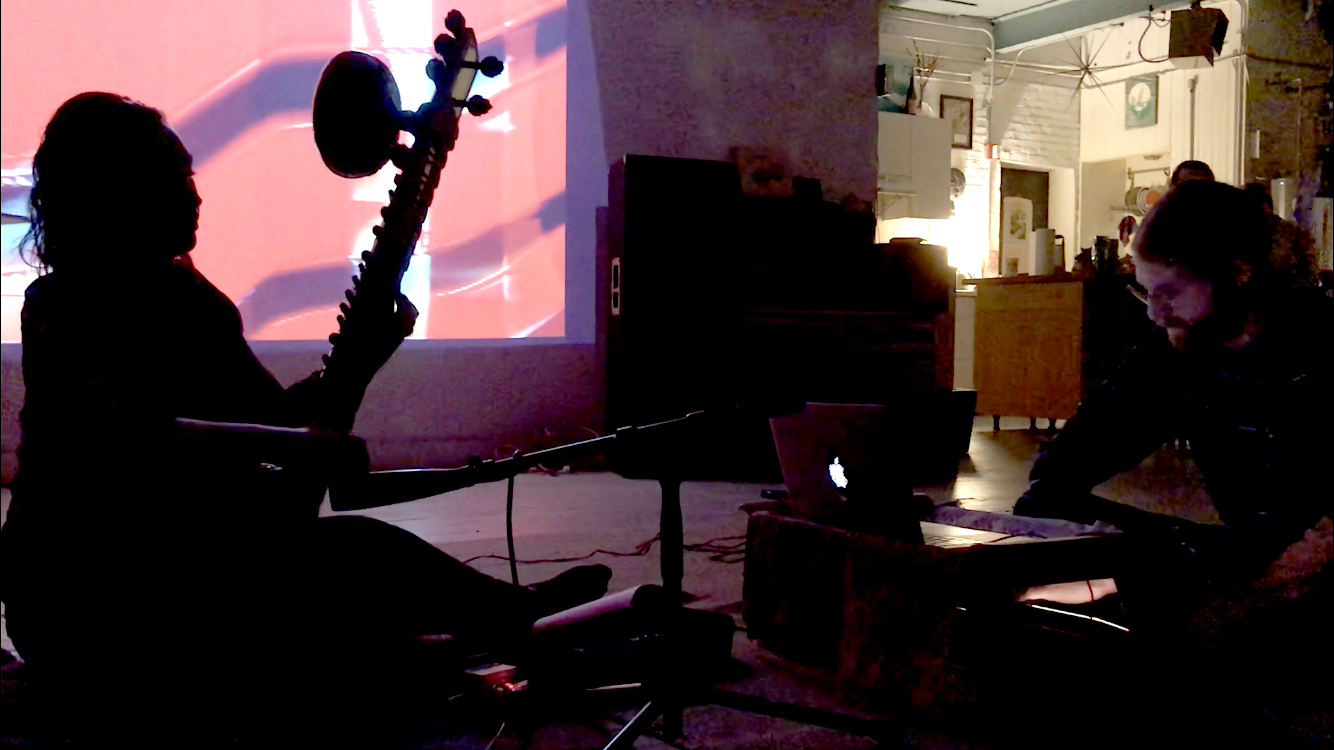 Last Saturday as snow fell, blanketing Boston, a remarkable bunch of musicians gathered for an evening-till-early-AM show: Sleepership. The crowd was an intimate group, resonating — and then sometimes dreaming — along with the sonic stylings of Boston-based acts Akito Von Troyer, A. Campbell Payne, Midisexual, Dinersss, Erika Nesse, the duo of Jada Yvette and Nick Rocco, and, coming down from Portland, ME., Lack. Unfortunately, I didn’t manage to stay for the whole evening: catching myself drifting off while I was engrossed in the oneiric, electro-saturated samples of Lack, I dipped after the end of the set, and so missed Akito Von Troyer, Midisexual, and Erika Nesse. (On further listening, though, they’re all absolutely worth checking out and I regret not fighting through my soporific state.)

The first set didn’t begin till a bit after 10PM. A. Campbell Payne, who describes himself as a maker of “orthogonal listening/dancing music,” inaugurated the space with sound that evening. He grooved along with the indeed angular pulses that he dialed out of a modular synthesizer rig and modded Gameboy SP. The audience, some seated in the few chairs in the middle of the room, others on the floor cross-legged, or the couches in the back, seemed to immediately to get entrained and resonate with the sound. The set began with the sound of waves that became macro- thru micro- oscillations that ebbed and flowed, developing complex layers. There were moments of rhythmic glitch, disembodied and eerie vocal samples. It ended again with waves and spaced-out spring reverberation and marked a great start to the night’s music. 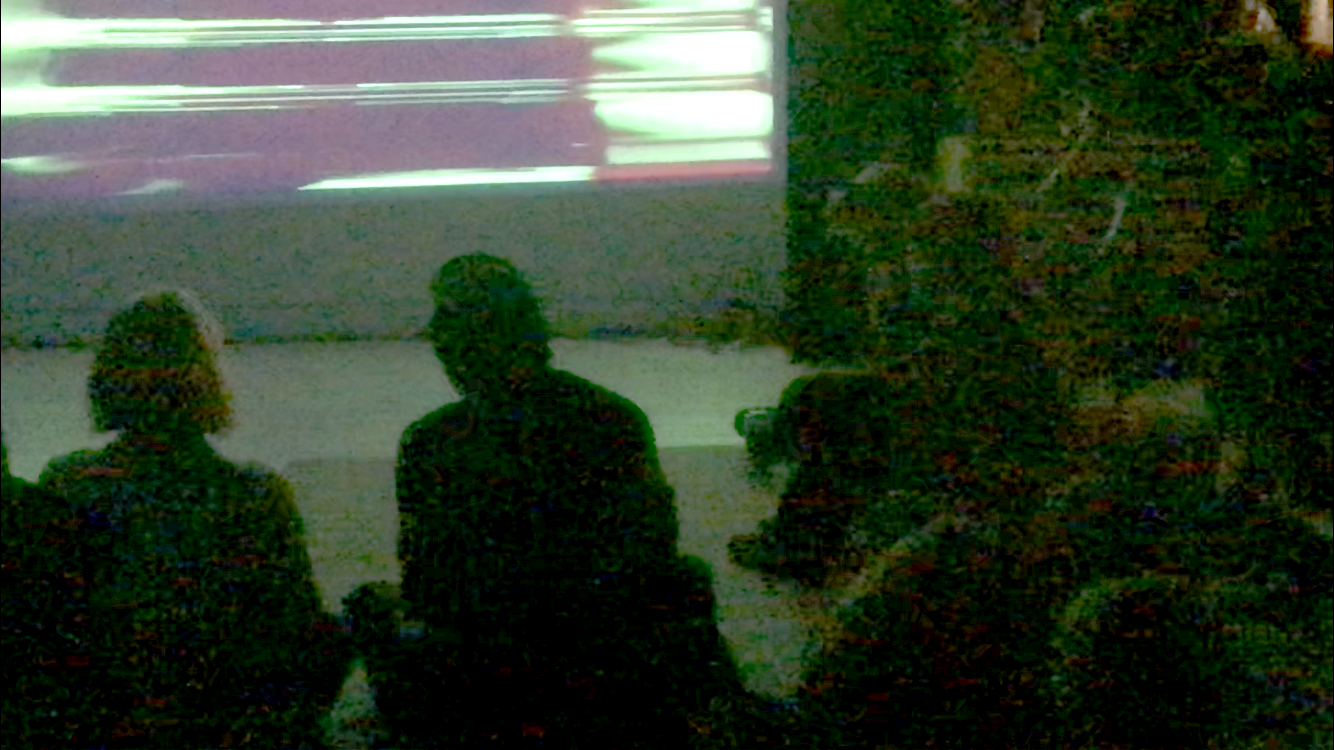 Jada Yvette and Nick Rocco’s set followed. Their set drew together the sounds of Yvette’s apparently well-learned and sensitively articulated sitar playing and Rocco’s subtle electronic ornaments. I sometimes felt like he was a man/machine manifestation and extension of Yvette’s sympathetic strings. (On a sitar, the frequency of the 4 main, fretted strings trigger the 18-21 strings to resonate along with the main pitch.) He took her sound, processed it and cast it back out into the air, somehow drawing the sitar more seamlessly into the context of the otherwise electronic0oriented event.

Manning an impressive board of samplers, synths, and other sound gadgets, Dinnersss offered a set of structured improvisations. Rhythmic ideas layered atop each other into groovy, pulsing polyrhythmic oscillations. I have no idea if he was going for this at all, but the melodies and then harmonies that emerged out of the rhythmico-textural melange reminded me of moments of Philip Glass’s polyphony, but with a techno-seeped, DIY, danceable analog synth bent.

Finally — for me at least — Lack built a slow, sample-based sonic collage. I found it to be haunting, but not at all in the sense of unsettling. It was hypnopompic, like waking up from deep dreams to the white-noise crescendoes of cars, to voices of the people in the streets getting all mixed up with the timeless voices of memories and dreams. And in that way, it was haunting. Lack’s sounds let me linger in that indeterminate space before dream melts away to turn back into solid ground. 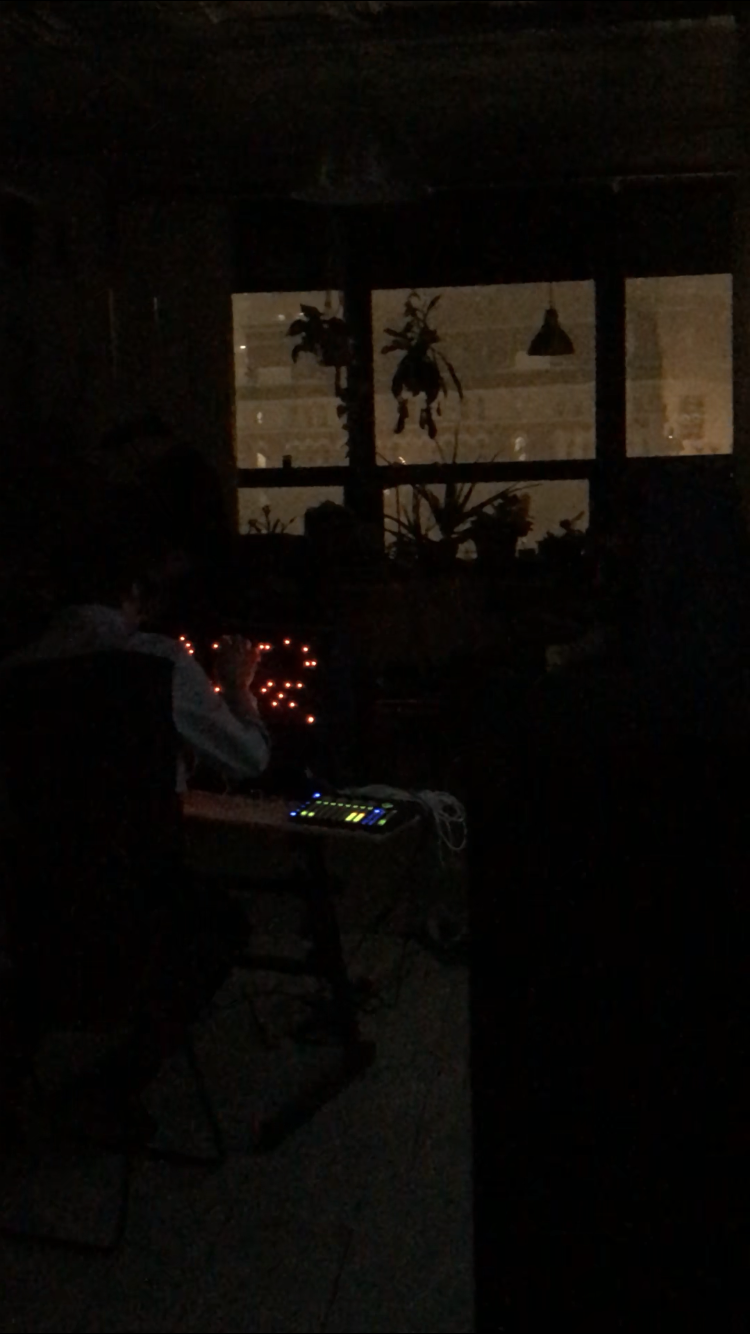