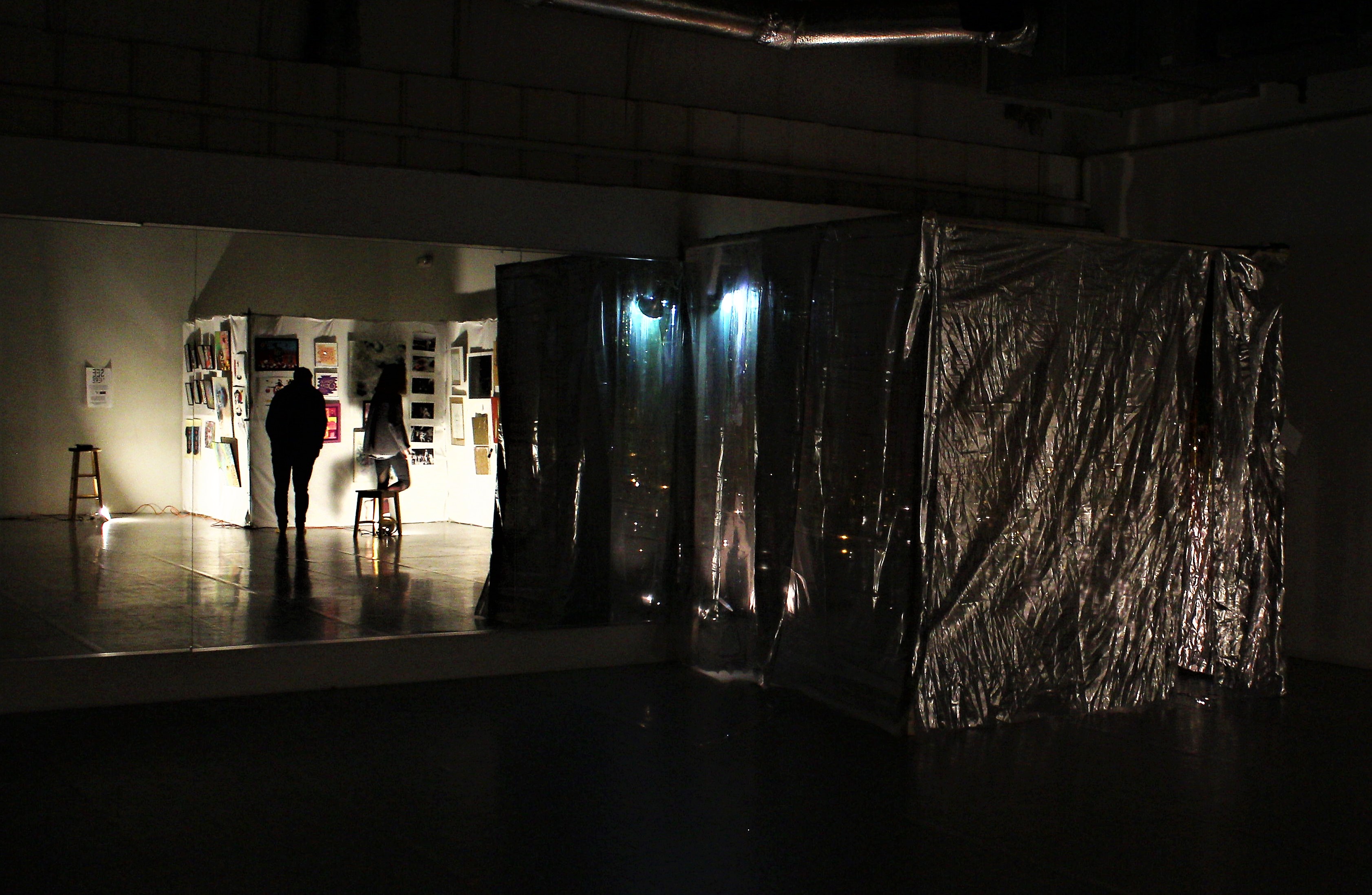 On the first night of Hassle Fest X, it was raining so hard that water dripped through my umbrella. I was a designated gopher and everywhere I went, frenzy leaked out of me like puddles from cheap boots. Central Square, a place very near but not-so-dear to my heart, had shaken life into dead limbs. I had never been to any of the venues before. Trudging between Brookline Lunch and Gallery 263 with wind blasting off my mascara, I came to recognize the whole as greater than the sum of its parts. These of course were not your typical venues. Brookline Lunch had showgoers in restaurant booths twisted around in their seats like they were trying to get a server’s attention. Cambridge had become a land of suspended disbelief and string lights. The most stunning part of the transformation was how warmly Central housed what it had never seen before. Up a flight of carpeted stairs, past a dim hallway lined with discarded shoes, Green Street Dance Studios sheltered what could only be described as a contraption: The Art Room at Hassle Fest. 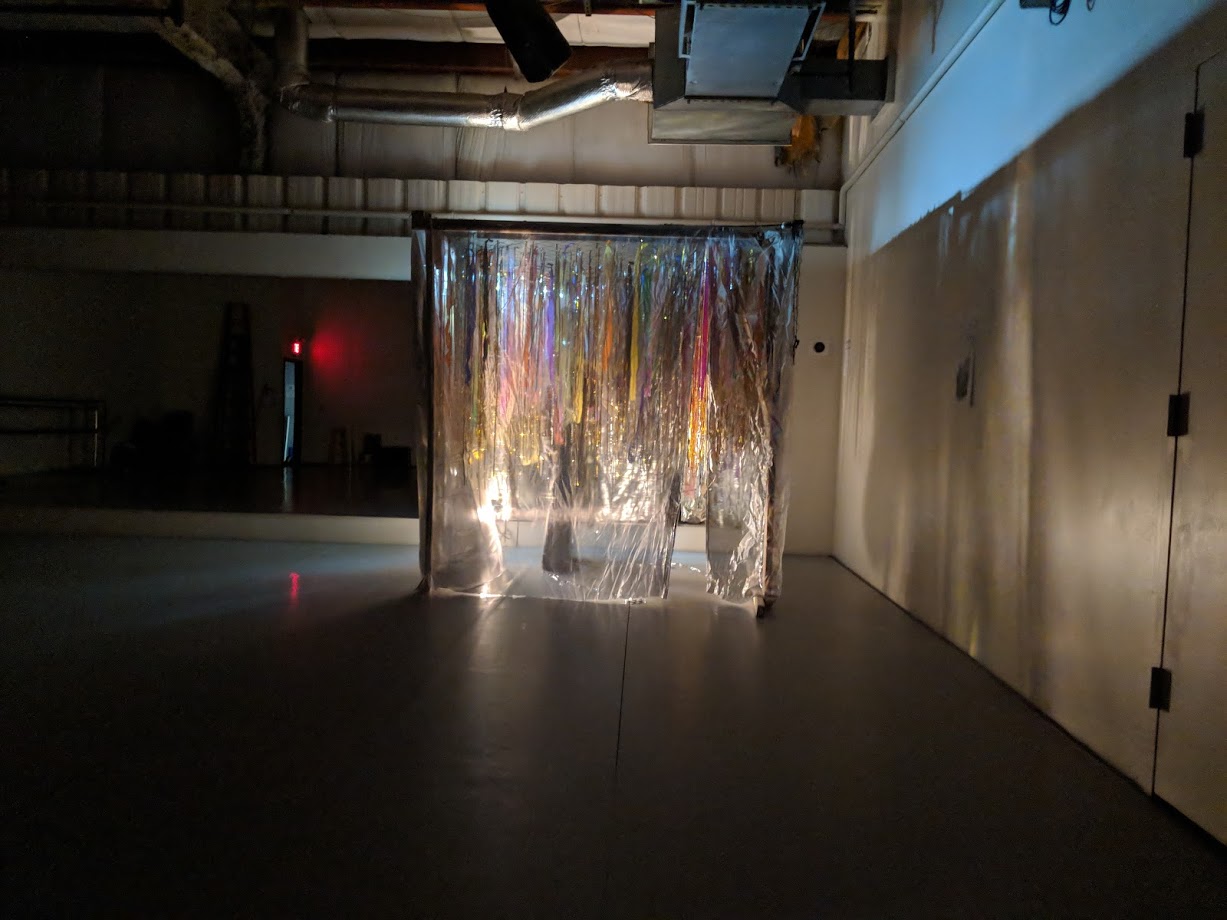 Devised by Hassle Arts Editor Chloé DuBois, the room had two distinct sections. The Mystery Box pontificated in the farthest corner of the dance studio, nestled against a barre and a mirror. DuBois’s mobile art gallery “GPS: Gallery Possibility Space,” lodged the corner opposite. Visitors entered the gallery almost on tiptoe, pausing to identify what they had found. From outside, the Mystery Box was a pale, veiled lean-to. Halloween had long since passed, but what horrors could the volunteers at Boston Hassle concoct for their own spiky kicks? Nevertheless, many chose to plunge through the white flaps before braving the more traditional gallery, likely because—let’s face it—spectating visual art is often a public performance, not to mention usually under bright spotlights in open spaces. The Mystery Box was a room within a room, an escape from whatever containers we choose to place ourselves in. 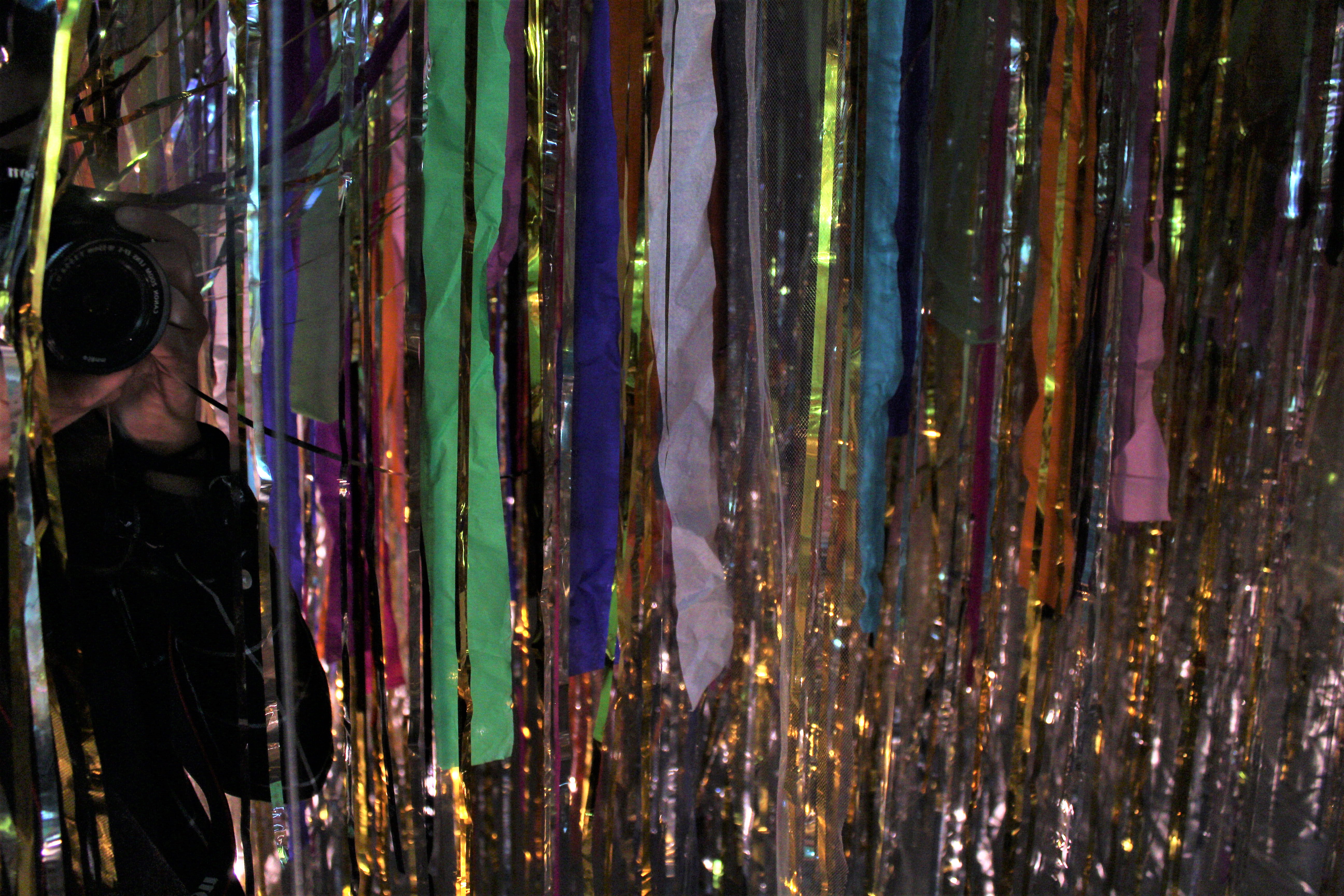 The Mystery Box concept was straightforward, yet instantly immersive. Streamers of all colors and sizes hung from the ceiling. Lights beamed up from where the floor and walls met. If one wandered far enough through the psychedelic forest, they could find a mirror. I managed to sweep aside enough of the streamers to take a quick selfie, although the installation did its best to consume my distinguishing features. Phone tucked back into pocket, I imagined myself as a kid spinning in slow motion underneath a burst pinãta. I would not have been surprised to find more Brain Arts-branded stress balls or stickers hidden in the madness (which may have actually been an aspect of the installation I had been too late to enjoy). 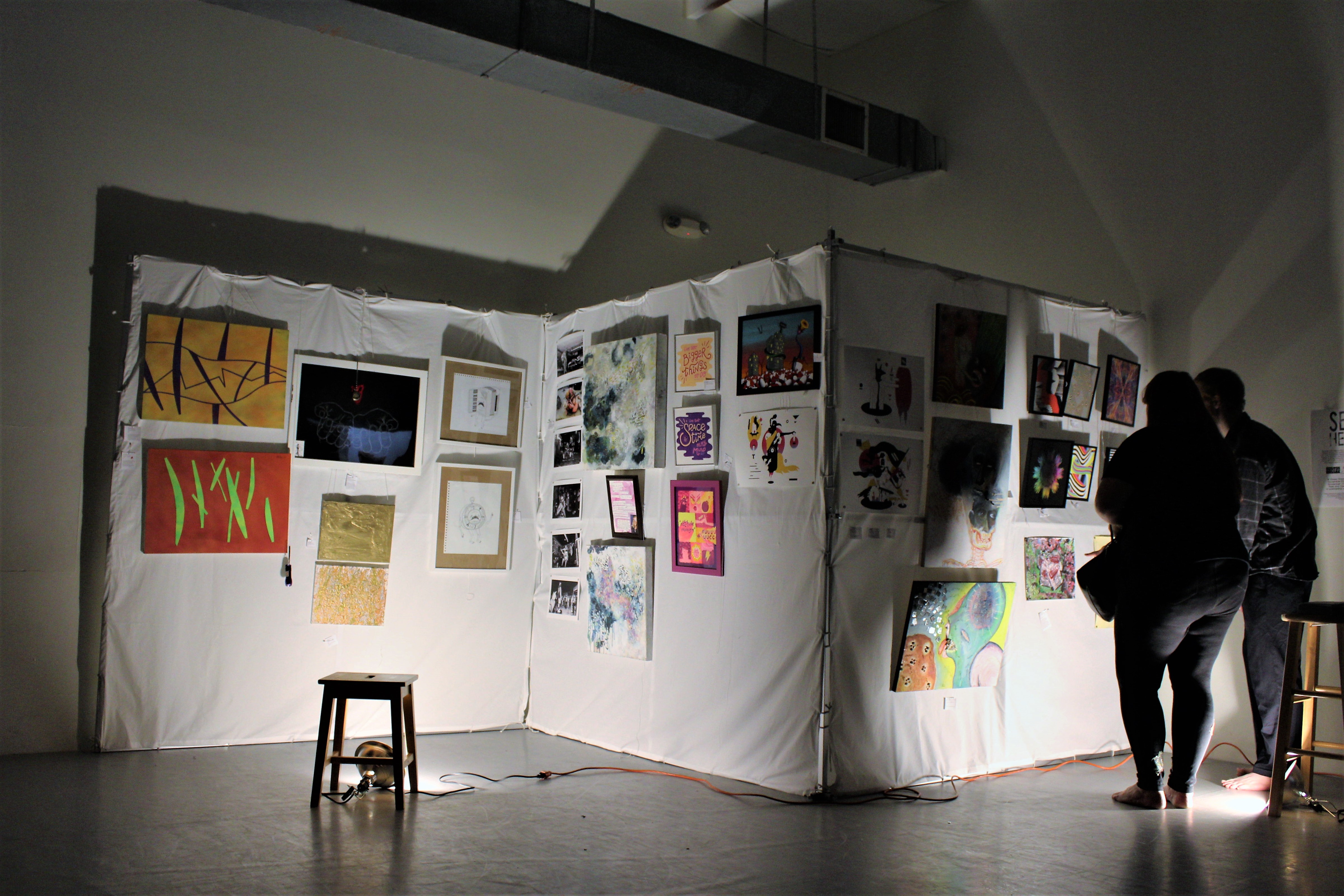 The See Here exhibition shown on GPS, though small, hit me as a revelation. I am nearing my first anniversary as a Hassle volunteer, yet I had never considered how our relationship with the visual arts could be hauled to our events at different venues. The Hassle started as a booking nonprofit, but as we eye expansion at Dorchester Art Project, visual art is more vital to our organization now than ever. Many of our favorite creators are multi-dimensional: take Solei, a.k.a. Emma Leavitt, the Hassle’s Art Director. She splits her efforts between music and painting, and much of her value as a creative derives from her fluidity between platforms. Many of us visual artists are musicians or at the very least music-lovers. Many musicians seek visual representation for their work. I was excited to see Chloé DuBois engage both communities in a professional context.

The selected pieces were appropriate in scale, scope, and number. The variety in texture surprised me: I adored the improvisation of Sophia Pustejovsky’s painterly terrains, as well as the rich, vibrant typography of Julia Emiliani’s illustrations. I appreciated Omari Spears’s photo prints as well, especially since many of them depicted Hassle shows. I left the exhibition more hyped than ever about these precious, meteoric moments where visual art was cycling out of the Hassle’s booking arm, only to reappear at HFX. I cannot wait to see GPS at another Hassle event. I have no doubt that DuBois’s efforts to rub brains together across artistic aisles will produce gorgeous lightning bolts of cultural procreation.

Liked it? Take a second to support Abigail Martin-Ryan on Patreon!