Curating a retrospective for an artist like Paul Bush is not an easy task. In this screening alone, I saw four distinct techniques in filmmaking and animation, while the works deal with vastly different topics. But after this screening, and after listening to Bush talk about his work, I felt like it did exactly what a later-career artist exhibition should do: I wanted more.

Scratching Beyond the Surface is a look at over 30 years of Paul Bush’s films and animations at the Harvard Film Archive. Paul Bush (b. 1956) is a British filmmaker whose work ranges from his famous replacement animations to archival footage documentary. He’s made a large amount of short and medium length films, and is currently visiting lecturer at the Visual and Environmental Studies department at Harvard. The program was meant to showcase four of his films: The Cow’s Drama (A Man’s Dream), The Rumour of True Things, The Albatross, and While Darwin Sleeps, each of which has a distinct style from the other. It also turns out that Paul decided to premiere a screening of his latest work, Elegy, an animation of stone walls within a church. 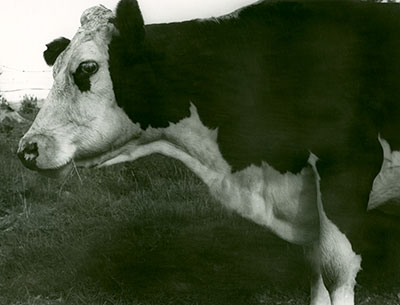 A Cow’s Drama (A Man’s Dream) (1984), a black and white drama, is his earliest work. He describes this as a true amateur film: made with lots, if not too much love, and no money. He mentions that this film was truly an attempt to “capture love and excitement in cinema.” At first I was skeptical, since I am about to watch a 36 minute documentary about a cow. But at the end of the piece, I understood that. A Cow’s Drama shows us the life of a cow in a small farm over the span of two days. The piece starts out with singing in Welsh, subtitled into English on a black screen. The singer is revealed. In the corner of a living room stands the singer, an old man in a cardigan. Behind him is a dark wooden dresser with a glass front with two porcelain cats sitting on top. The film moves on to our main character, the cow, and we follow the Cow as she goes through her day. She lies on the grass, gets called by the farmer, gets milked and feeds her calf. Scenes of lounging, milking and feeding alternates, as the sun sets and rises. The film is successful in presenting the animal as the main subject of the film. The shots linger for longer than what you’re used to, but cuts away before it turns into a wildlife documentary. 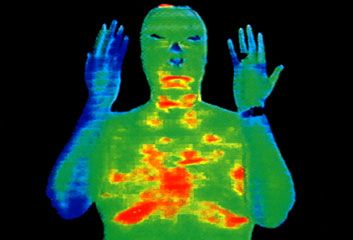 The title of the second film, The Rumour of True Things (1996), came from a Walter Benjamin quote. The film, made entirely of archival footage, is an unnerving look at the unseen segments of industrialized Western society with themes of advanced surveillance, technological anxieties and global biology. The piece is mostly made of technical videos, the kind that only a very small audience in fields such as medicine, industry, science and the military are meant to see. This included training videos, material testing videos, computer vision scans and clips from video games. The footage is stitched together, and is meant to document and reflect the western world in a way that you wouldn’t otherwise see without observing these ephemeral images successively. 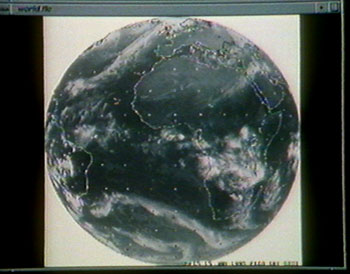 The piece starts out with a shot of a rotating earth, named world.flc. The earth is framed by what looks like browser windows on a computer, as if it was a predecessor of the gif. Although the images seem low-resolution to a generation that uses low-resolution images as an aesthetic tool, the anxieties it reflects is modern. This piece could have been made today by a film student ripping videos off Youtube or Archive.org, but it was made in the age where it was necessary for Bush to record the footage he wants by pointing a film camera on his television. In fact, small segments in the beginning reminded me of later works by David Rokeby — Guardian Angel (2001) or Sorting Daemon (2003). This piece is still surprisingly relevant in today’s pursuit of big data, and the dividualization of the human body. For example, in the first segment of the film, no human body parts was shown as a purely corporeal entity. What we see instead are various ways that the body is digitized and quantified. We see digital models of various body parts, computer vision overlays in surveillance footage, CT scans on a brain, and when we do see a live-action close up of a body, it is accompanied by dashboard of data. He cuts between scenes of real life car crashes and military action with video game footage, with the moments of impact being reflected in the video game footage. This created a strange sensation, where your relief that the impact occurred in a video game is quickly overcome by the realization that the impact actually did occur in real life. 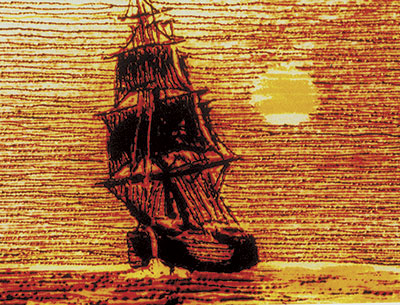 The Albatross (1998) and While Darwin Sleeps (2004) played next. The Albatross  was made by direct scratching onto film stock of black-and-white live action footage, giving it the quality of a woodblock engraving. A weathered, bearded man narrates an epic tale of a sea journey, and the scratching gives this animation an energy complementing the turbulent theme of the story. As a result of the scratching, different colors appear depending on how hard you scratched the stock, due to the layering of the film. 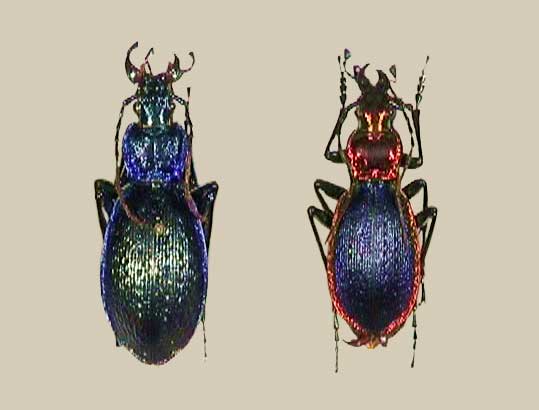 While Darwin Sleeps displays another technique in the filmmaker’s arsenal. In this replacement animation, Bush displays the insect collection from the Natur-Museum Luzern. The bugs are pinned onto the board in a display case, inanimately showcased to visitors. The animation brings these insects into life, as they slowly transform between species and appear to dance on the screen. Each insect is only slightly different from the one before it, and if the film was played slower, the permutations between them may not seem immediately apparent, as if a rapid evolution is occurring. But the insects expand, shrink, change colors, and grow horns. The piece reflects Bush’s demeanor and humor, as he weaves subtle visual humor and animates it with precision.

The evening ended with with the world premiere of Elegy (2017). Close-up images of stones are displayed one after another, first slowly, and then quickly. As this happens, the viewer focuses on the texture and qualities of the stones, that seems more like an abstract painting than a stone. It invites you to figure out what it is, and as the piece progresses, the frame zooms out. As the music builds emotional tension, we see the stones on a larger scale. They now look like film strips, with each stone block being a frame in the film strip. But for a very brief moment, Bush reveals that these stones are mounted on a wall of a church, just like how stained glass would. We return to the micro view of the stones and the piece ends in reverse of its beginning: with the colors of the chestnut tinted stones fading to a cool grey.

To me, this exhibition doesn’t show Bush’s evolution, but only because evolution implies an incremental change. The pieces are so visually and thematically distinct that from those measures alone, I wouldn’t be able to tell that these were made by the same filmmaker. But the screening helped me understand Paul Bush as an artist. In the 30+ years of his career, there are several common threads in the pieces that allow us to understand how Bush might view the world.

His art is intelligent and analytical, often with a voice that is not too dissimilar to the dry humor that we hear when he speaks. Beyond the breadth of impressive technical ability he shows in his films, he has an ability to take small slices of a larger theme, and construct the story of the bigger picture with that. To me, this is related to his view of space and time in film. Bush views space as impressionistic, and it has a tendency to lie to the audience. It is possible to manipulate space in film in order to create a certain mood, illusion, or create an entirely fake settings by selecting what to see on the screen. This is why, as Bush mentions, architectural films are so difficult to made good. This awareness seeps into his work, and the slivers that he chooses, be it a single cow in a Welsh farm, a stone square in a church or a 5-second clip from a video game, is a reflection of this desire to not color the works with overtones or overthink. He lets these small pieces bloom independently of its larger context. For instance, The Rumour of True Things does this by relating the short archival videos with each other to create the larger mood and associations.

These small slices create a sense of intimacy, both with the subject of the film (especially in The Cow’s Drama) and with Bush himself. There is a certain sense of intimacy in these films and how Bush creates them. This intimacy is coupled with a symmetrical structure to his film, almost analogous to the sonata form. Mozart, the master of classical composition, was known to be obsessively symmetrical when he composes. The symmetry provides Bush’s films a grounded structure for the development of his visual ideas and themes. There are vague divisions of exposition, development, and recapitulation in the pieces that reflects how much care and control he puts into his pieces. I think his pieces stand out, aside from the impressive technique, due to this intimacy and the analytical eye for precision he has in his work.