As our own Alex Schab noted the other day, Nobuhiko Obayashi’s Hausu feels remarkably refreshing to modern eyes, despite being a forty-year-old major commercial blockbuster in its native Japan. Yet when it received its first American release from Janus Films in 2012, Hausu felt like a gift from the gods, a fully formed cult film that had somehow remained unknown to the western world outside of a few fuzzy, unsubtitled VHS tapes. Watching it for the first time, one is bound to walk away with a few questions: Did that cat just play the piano? What was that about bananas? And, perhaps most pressingly: How did someone come up with this?

The answer to that last question becomes more clear upon meeting Obayashi, who made a rare stateside appearance at the Harvard Film Archive this week. Despite his advancing years, Obayashi still exudes youthful energy, with his shaggy mane and eternally puckish grin. “I’m seventy-eight years old,” he addressed the audience of Monday night’s screening of Hausu, “But I’m still young. I am really sixteen years old.” In both his introductory statements and his Q&A following the screening, Obayashi would return to sixteen as a benchmark for the proper level of enthusiasm to appreciate both film and life. When he was making Hausu, he recalled, studio executives told him, “This isn’t a film!” Following its release, however, members of the sixteen-and-under set would excitedly tell him, “This is a movie!” Fittingly, the first title card of Hausu reads simply, “A FILM.” 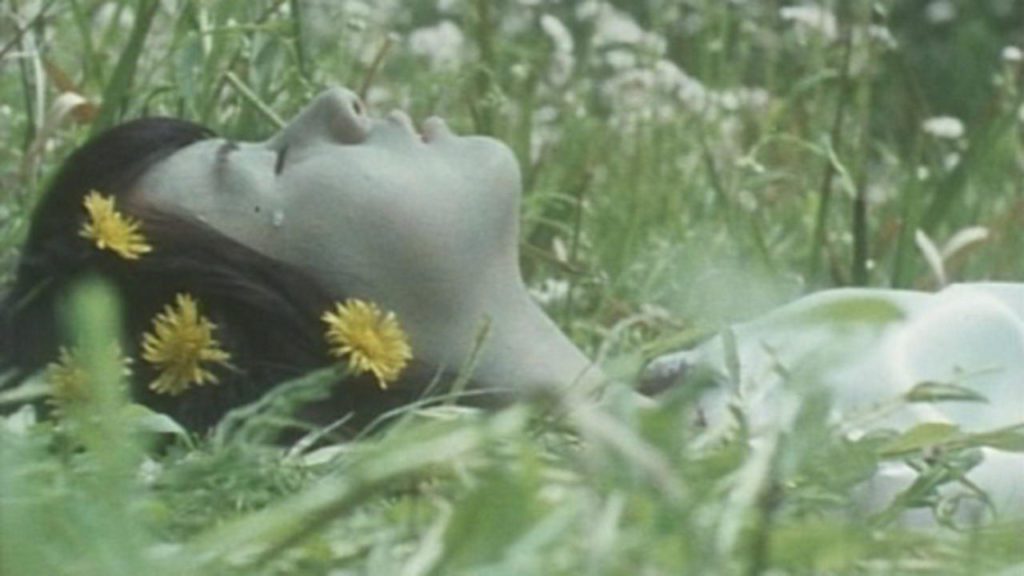 Another piece of the puzzle came in the form of Emotion, Obayashi’s breakthrough 1966 short, which screened on a beautiful 16mm print before the film. Alternately recalling Richard Lester, Jean Luc Godard, and Hammer horror films, Emotion barrels through its 39 minutes, flitting between a coming-of-age story, some shots of a vampire in a field, an animated interlude about the Count Masoch, and footage of its own crew, with multiple “THE END” titles thrown in at random. Though understandably rough around the edges compared to his later work — Obayashi would spend the decade between Emotion and Hausu honing his skills directing increasingly bizarre advertisements — the short clearly displays the nucleus of the manic energy that would define its director’s masterpiece.

The most illuminating part of the evening, however, came from its surprise guest: Obayashi’s daughter Chigumi, who, at age ten, served as her father’s principle screenwriting consultant for the film. When asked to make a film to appeal to young people, Obayashi turned to his daughter, and asked her what she thought would be scary. Hearing Chigumi describe the childhood experiences that informed her contributions — a stern piano teacher, a closet avalanche, daydreams about the other side of the mirror — cast the film in an entirely new light. The joy, humor, and mind-bending terror ring true because they literally spring from the mind of a child. In a world of drab franchises and endless reboots, it’s nice to know we still have eternal sixteen-year-olds like Obayashi to keep things weird.