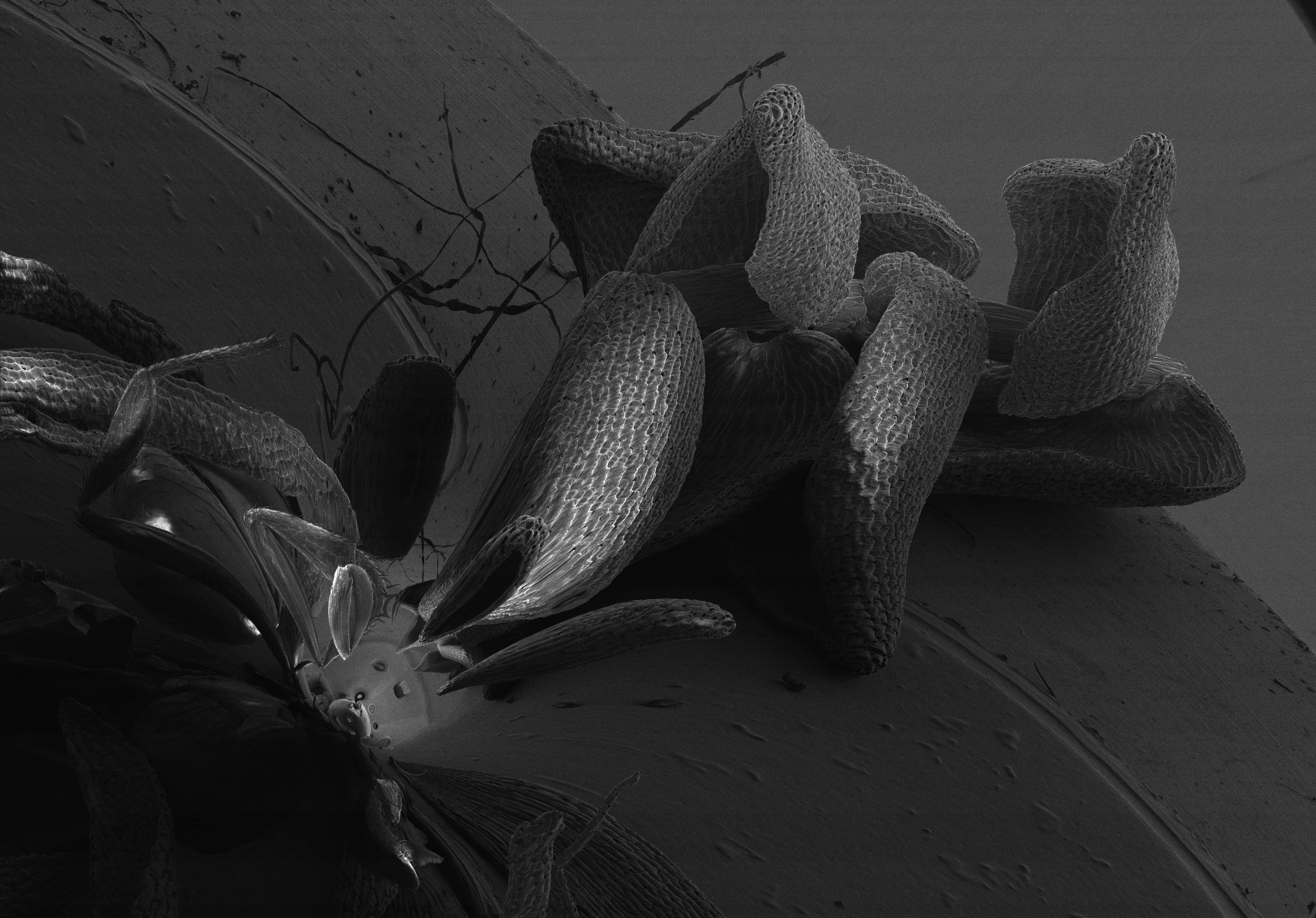 Future of History is the new multimedia exhibition at the Boston Cyberarts Gallery, on display now through December 16. An overarching theme of this exhibition is perspective. Pieces like Mirror by Jess Holz point out how freakin’ small shit is (to say this one reminds me of Disney’s A Bug’s Life undermines the work’s gravitas, but it does). Lana Z Caplan’s Canaries in the Mine (part 4) reminds us how much else is out there on this great big planet. Liz Blum’s Future Prospects toys with our spatial perception, and Matt Kushan’s New Land challenges our concept of perception entirely. Meeting the Boston Cyberarts standard, Future of History contains works derived from scientific creative processes, and some of the artists have gone to appreciable lengths to realize their artistic visions. 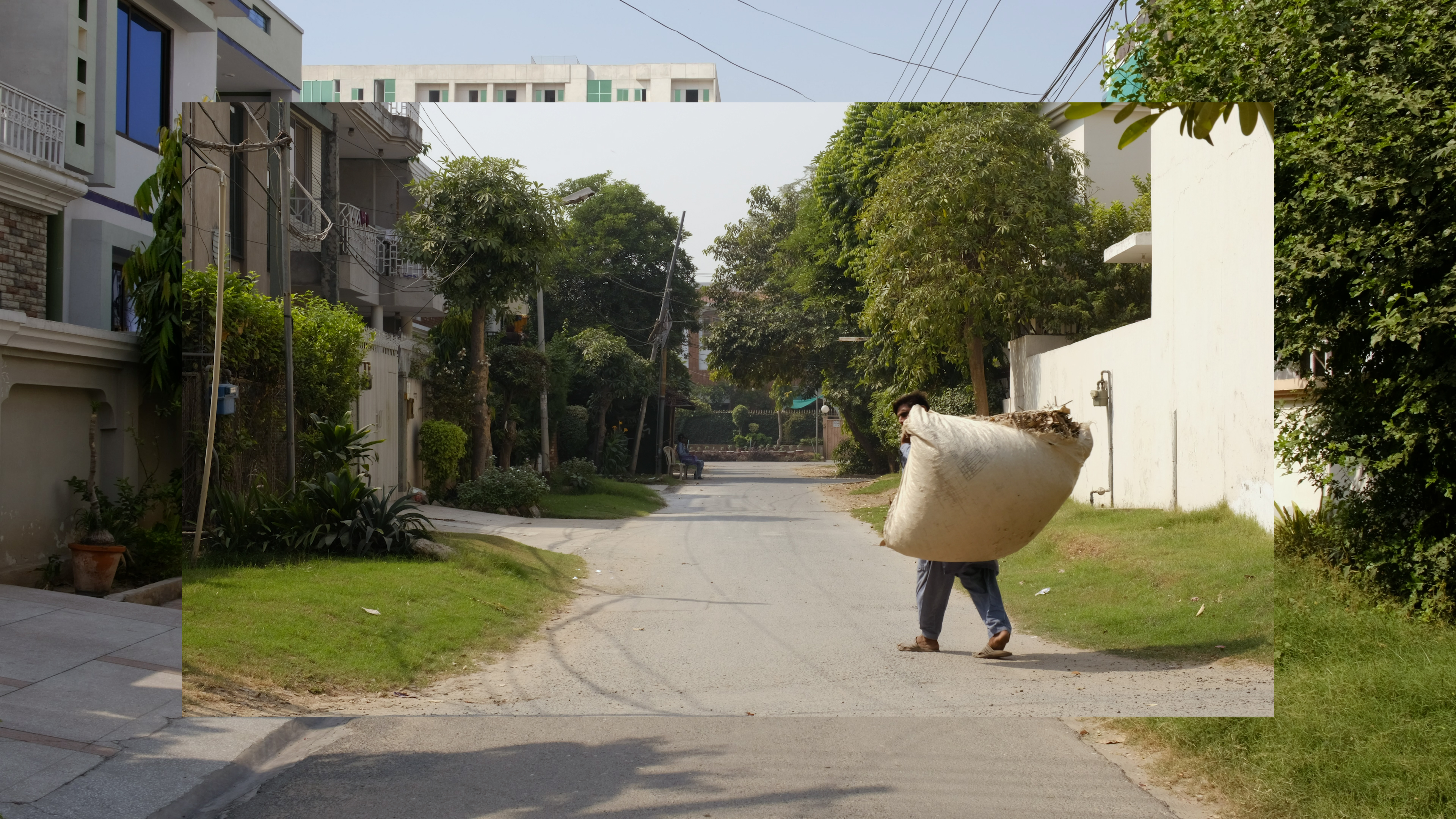 New Land is an installation by Matt Kushan that reminds just how different things can seem from right down the street. The aggregate of four video channels, New Land seeks to challenge the western view of contrasting societies, like ones where the U.S. military has been involved. Kushan shot the various clips used over the three years he’s spent living in Pakistan. The amalgamation of similarity and nuance in his clips of everyday life express Kushan’s message beautifully. While viewing New Land, I thought about my current experience, the floor shaking below me with another Orange Line train passing through. I thought that not just one but countless other people were having completely unique, simultaneous experiences in that moment. They were coming from somewhere else, going somewhere else, and yet in the grand scheme of our infinite history and future, they were right there next to me.

Antony Flackett’s Narcissus is a clever and depressingly relatable video loop depicting a modernization of the Greek legend. Flackett’s Narcissus is immersed in his reflection via smartphone, while the lake that gave the ancient Greek Narcissus his reflection has become a “green glowing radioactive toxic whirlpool being fed by a nuclear power plant in the distance”, a reality which Narcissus is seemingly oblivious to. This scene effectively plays into another common theme, nature, which is visible in many of the pieces in Future of History. 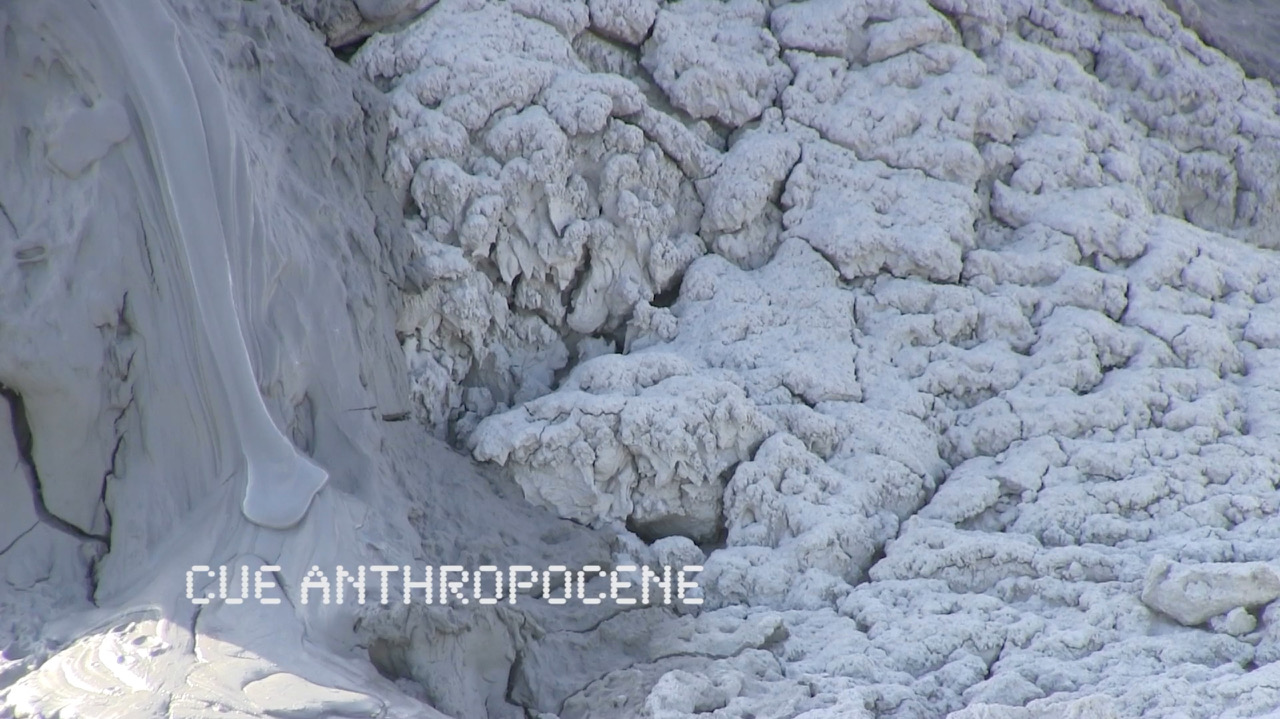 Lana Z Caplan, Canaries in the Mine

Conveying a likened environmental sentiment to that of Narcissus is Lana Z Caplan’s eight-minute video Canaries in the Mine (part 4). This installation sets the mood for the gallery with ambient music. At one point, a glacier sequence cuts to a deep blue sky, then reveals a tiny, lone parasailor floating into frame. Then another floats on screen, yet the two parasailors together with their parachutes still occupy only a slight portion of the boundless sky. Caplan’s installment is similar to New Land in that the two works seem to be cumulative, rather than narrative sequences of video.

Even with humans going somewhere in Kushan’s work, or those on a parasailing adventure in Canaries, the people in these works function as a part of their environment given the works’ gross context. The company these pieces create further strengthens the gravity of man’s environmental ignorance in Narcissus as well.

Of course, I’d be remiss to preach the profundity of only a few of the ever-detailed, intricately designed works of Future of History without urging you to visit the Boston Cyberarts Gallery (for free) at Green Street Station in Jamaica Plain and experience the whole thing for yourself.

Future of History is on view at the Boston Cyberarts Gallery through December 16.

More information  on the exhibition can be found at: https://bostoncyberarts.org/