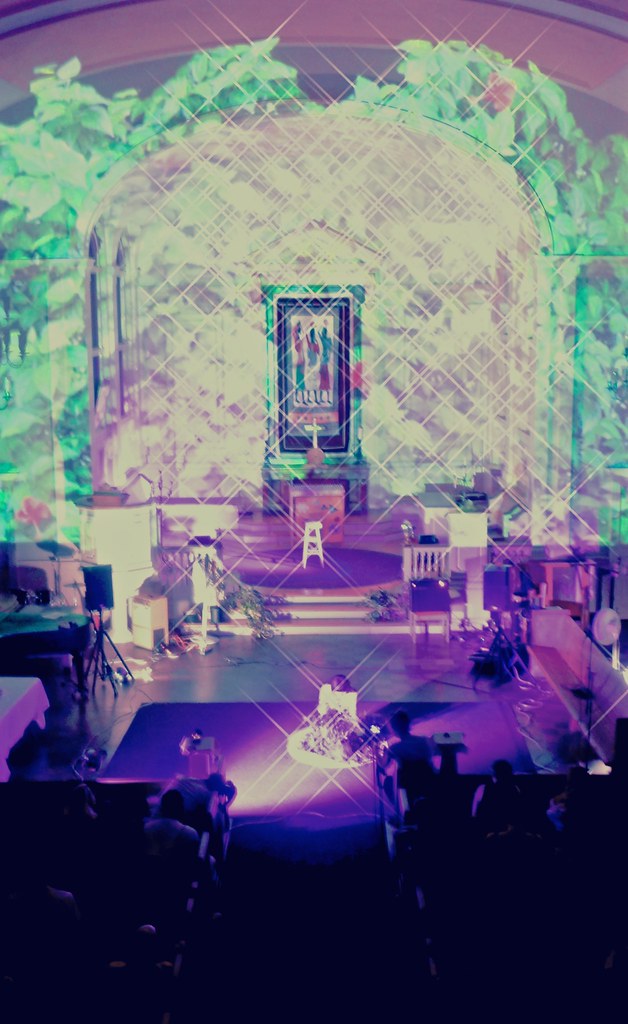 Clouds hovering over Jamaica Plain last Saturday night seemed to miss Hope Central Church, where Dreamscape 16 broke through to the starry expanse with a series of immersive performances and zero gravity calm.

Awaiting dreamers right past the entrance were the Curious Sound Objects, a series of three homemade midi-controllers overseen by a foot-high robot assembled from off-the-shelf electronics parts. This participatory sound station continued to attract showgoer experimentation throughout the night with a few jam sessions ebbing and flowing.

Inside the sanctuary, the show began with Sonic Puppet, a multimedia shadow puppeteering feat. by Katya Popova, Eliot Cardinaux, and Adam Tuch. With a variety of props and techniques found while diving into the deep strata of her own imagination, Popova projected this stream of consciousness-like exploration from behind a small backlit screen to a starlight saturated crowd.

Crystal Bi followed by presenting a fresh look at culinary performance art with Edible Soundscape. During this piece, Bi appeared on screen in the midst of the vegetables as she was preparing them, an image somewhat resembling double-exposed film. As the salad preparation was completed and the performance came to an end, the fruits (or rather, vegetables) of her work were handed out to a fortunate few random audience members.

Much anticipation surrounded the debut of the next piece, Lani Asuncion’s Bloodless, an emotionally charged statement on the annexation of Hawaii. Against a lush floral visual background and a ukulele rendering of the traditional “Alohai ‘Oe” melody deconstructed by Piotr Sapienzynski, Asuncion entered the stage holding a large, vibrant Hibiscus plant, which was picked leafless throughout the piece with a force and ruthlessness representative of the historical subjugation. Once the plant was picked clean, it along with Asuncion cast a larger than life shadow high upon the wall, which inspired reflection on the magnitude of loss invoked by the performance.

Dreamscape’s finale came from sound collage duo Foom & Foam who sent the night into deep space with slick turntablism, tripped out tape manipulation, and backed by immersive visuals from Vidumami. Their audiovisual synergy quenched the collective thirst of a crowd that had already been on the mental monorail around Dreamland, but once the set came to a close, Foom & Foam couldn’t resist the urge adlib one more liftoff. With their encore groove, Foom & Foam piloted those in the pews through atmospheric re-entry, reinforcing the celestial shine everyone will have to get by on until the next Dreamscape comes around.

Photos by Mark Davis & the author 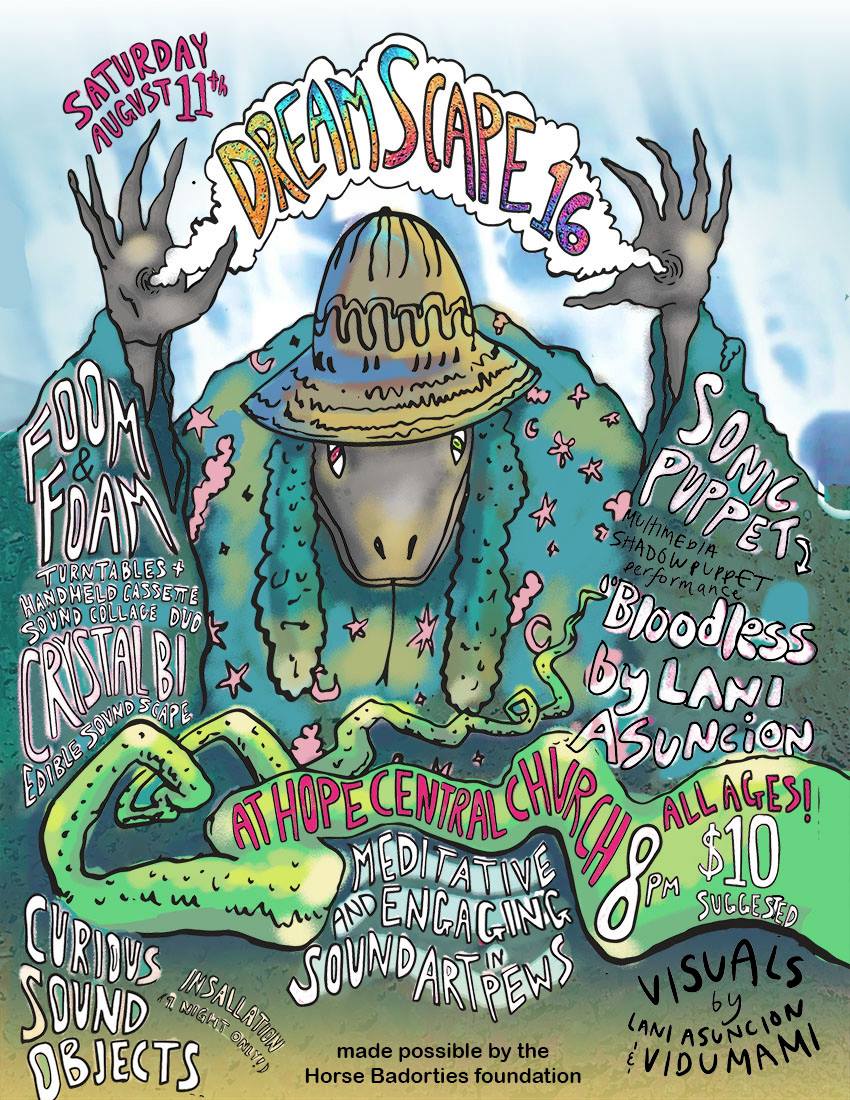